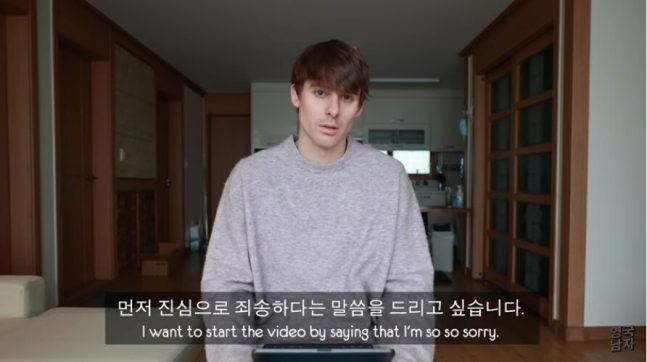 1. [+5,5613, -101] It says in the article as well that if you’ve lived abroad, you can receive the same healthcare benefits as any citizen if you come back home for treatment as long as you pay a few months’ worth of health insurance. When are we getting rid of that?

3. [+1,502, -206] It’s so easy for foreigners to make money off of positive Korean content. Do you guys really think they love our country that much? First Sam Okyere and now this. Just because they speak our language doesn’t mean they can’t be using us too.

5. [+910, -117] I think standards will always be stricter against YouTubers than celebrities. At least celebrities have a level of beauty or skill that most people could never hope to achieve so most leave hate comments out of jealousy but YouTubers are another story. People will think that someone no different from them doesn’t deserve to make as much money as they are so the hate comments will be even more heated, filled with not only jealousy but envy too.

6. [+411, -9] Why is Josh claiming that they left the presents at the door when we saw Gabie’s mom, dongsaeng, and friends come, and she blew out the candles without a mask on, and even tried on a lipstick she got as a gift with the door open. And what’s the update on Gabie getting treatment here when she hasn’t paid into the national health insurance?

7. [+167, -5] We’re asking for clarification on your health insurance payments, not about the taxes regarding your income. Why aren’t you clarifying that when so many people are asking about it?

8. [+173, -23] Kook Gabie’s controversy aside, I’ve seen a lot of people angrily comment about why Englishman isn’t paying taxes in Korea but that’s so ridiculous because do you guys not realize that Englishman and his team are from the UK? So of course they pay their taxes there ㅋㅋ Would you expect a Korean person who’s promoting another country to go pay taxes over there too??

9. [+218, -17] I like that he introduces Korean culture to his audience but I think he should reflect over this. Let’s please not witch hunt him.

10. [+156, -31] I think a lot of people are jumping onto the hate because they just see it as an opportunity. I’ve watched Englishman’s channel a lot and he helped me realize how much I was undervaluing my own culture. His channel helped me build a confidence towards it. And he’s honest about what he likes and doesn’t like. He’s not always positive about everything related to Korea.

11. [+134, -17] Kook Gabie was thoughtless but I’m still grateful to Englishman for introducing Korea in such a positive light… let’s please not hate on him for the good he’s done too.

12. [+121, -18] His channel provides helpful content for our country, is it necessary for us to wall him into a corner like this? I wouldn’t be surprised if he was sick and tired of Korea after all this.