Yoo Soo Bin, one of the rising stars from tvN’s “Crash Landing On You,” has shared some behind-the-scenes stories from the drama.

In “Crash Landing On You,” Yoo Soo Bin played North Korean soldier Kim Ju Meok, a K-drama fanatic. After meeting Son Ye Jin‘s character Yoon Se Ri, he hilariously played the middle man between her and his fellow soldiers to “translate” between North and South Korean using his knowledge attained from watching dramas.

He commented on working with Son Ye Jin, saying, “She is so beautiful so I was very nervous, but I was able to comfortably act because she took care of me like an older sister.” He continued, “I think our chemistry was even better thanks to her meticulous consideration.”

Yoo Soo Bin also referred to Hyun Bin as an actor he wants to be like, sharing, “He has incredible passion for acting. I was shocked to see him work so passionately with the responsibility that one has to have as an actor. He kept us all balanced so we were able to act without concerns.” He added that it was an honor to have gotten to work with Hyun Bin, explaining, “In the future, I want to become an actor like Hyun Bin who does not lose sight of his original intentions.”

On top of being a K-drama fanatic, Kim Ju Meok was also known to be a huge fan of Choi Ji Woo and her drama “Starway to Heaven.” As a parting gift, Yoon Se Ri promises to help him meet Choi Ji Woo, which he is finally able to do when he crosses into South Korea. 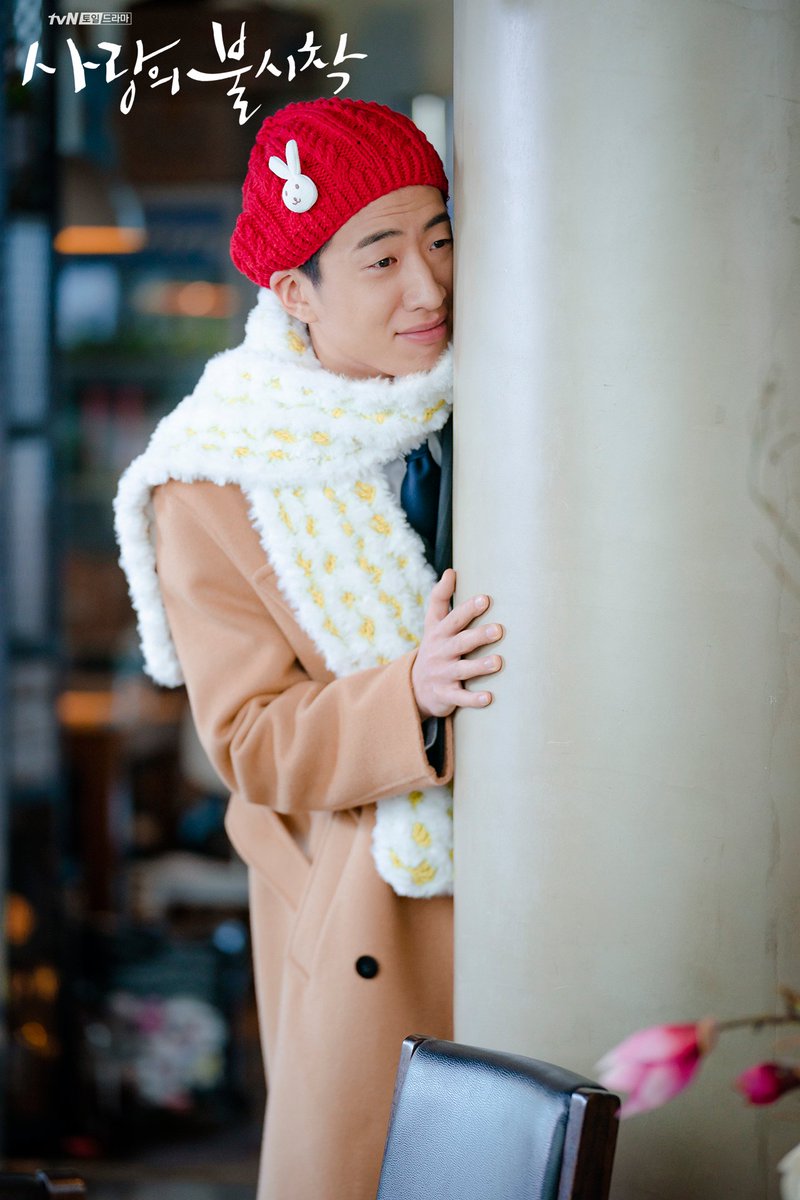 Regarding Choi Ji Woo’s surprise cameo, Yoo Soo Bin shared, “Since we had to act together as soon as we met, I was very nervous and embarrassed. I think she might’ve noticed I was nervous so she approached me first, saying, ‘I’ve been enjoying the drama.’ She even made jokes so I was ultimately able to film comfortably. My meeting with Choi Ji Woo was personally an extremely precious and meaningful scene. I want to thank the writer for including that scene and Choi Ji Woo for acting with me.”

Yoo Soo Bin also addressed their parody of an iconic “Stairway to Heaven” scene, saying, “It was originally written in the script but I felt pressured to really make the scene memorable. I didn’t want to purposefully make it funny and make fun of Kwon Sang Woo. I acted as Kim Ju Meok and expressed the scene seriously.”

“Crash Landing On You” aired its finale on February 16 and recorded the highest viewership ratings in tvN history.

Koreans Vote On Stars They Want To Gift With Chocolate On Valentine’s Day –...

TXT Talks About Goals For New Album, Advice From BTS’s J-Hope, And More –...