Woosung, the Korean-American artist, composer, and songwriter known as the vocalist and guitarist of the band The Rose, opens up about his dreams and struggles in a new Mindset series.

The artist shares his story in an eight-episode series on Mindset, an audio platform “dedicated to normalizing the conversation of human experiences” established by DIVE Studios co-founders and brothers Eddie, Eric, and Brian Nam.

His stories cover his life like never before, starting from his early years as a Korean child in the US, his dreams of being a professional football player, and his ups and downs in the Korean entertainment industry. 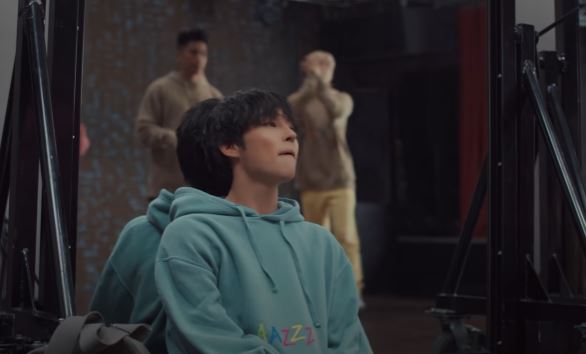 In his Mindset introduction, titled “We’re All Human,” Woosung addressed the questions lingering among fans regarding his two-year hiatus from the industry. “During those two years, we got to really think about ourselves, got to be alone for a while, and I’m so excited, and I’m sure the members are too,” the 28-year-old musician explains.

He also describes himself as “Lazy,” which is also the title of his latest single, joking that if people “made a documentary” about him and have him do what he usually does, the audience would probably “turn that off after about 10 minutes.”

Aside from his eight-episode series detailing the various aspects of his life, the Woosung Mindset series also includes three “Booster” episodes, which sees The Rose vocalist give advice and life lessons for listeners. He gives his experiences and insights on how to deal with controversy, with pressure, and how good food helps bring joy and well-being.

Born Kim Woo-sung, the artist known as Woosung and Sammy first debuted as the vocalist and guitarist for the J&Star Company band The Rose. The four-piece band released their first single “Sorry,” on August 3, 2017.

Aside from his work with The Rose, Woosung also served as an MC in the Arirang TV online live-music request talk show “After School Club.” In July 2019, he released his first solo EP “Wolf,” led by the single “Face.”

RELATED ARTICLE: “The Rose” To Terminate Their Contract From J&Star Agency: Delayed of Payment, Breach Of Trust

Here’s Why BTS’s Jimin Has The Ideal Body Type For Male Idols, According To K-Pop Trainers – KpopHit