The stars and director of KBS 2TV’s “School 2021” have shared their thoughts on the long-awaited drama!

The eighth installment in KBS’s popular “School” drama series, “School 2021” tells the story of high school students choosing to follow their dreams instead of just preparing for college entrance exams. The coming-of-age tale follows the growth, friendships, and romances of 18-year-olds facing an uncertain future.

In contrast to past installments of the “School” series, “School 2021” is set in a vocational high school. Director Kim Min Tae remarked, “We’re focusing on comforting students in similar situations by letting them know that there are many paths in the future and that whatever road they choose will be okay.”

“Because the ‘School’ series has a long history at KBS, we’re working hard not to tarnish the past dramas in the series,” he humbly continued. “When I joined the drama as its director, we were in a situation where we had to start over from scratch and go all the way back to the drawing board. Because we didn’t have a lot of time, I did feel some pressure, but we’re working hard to create the drama, so please give it a lot of interest.” 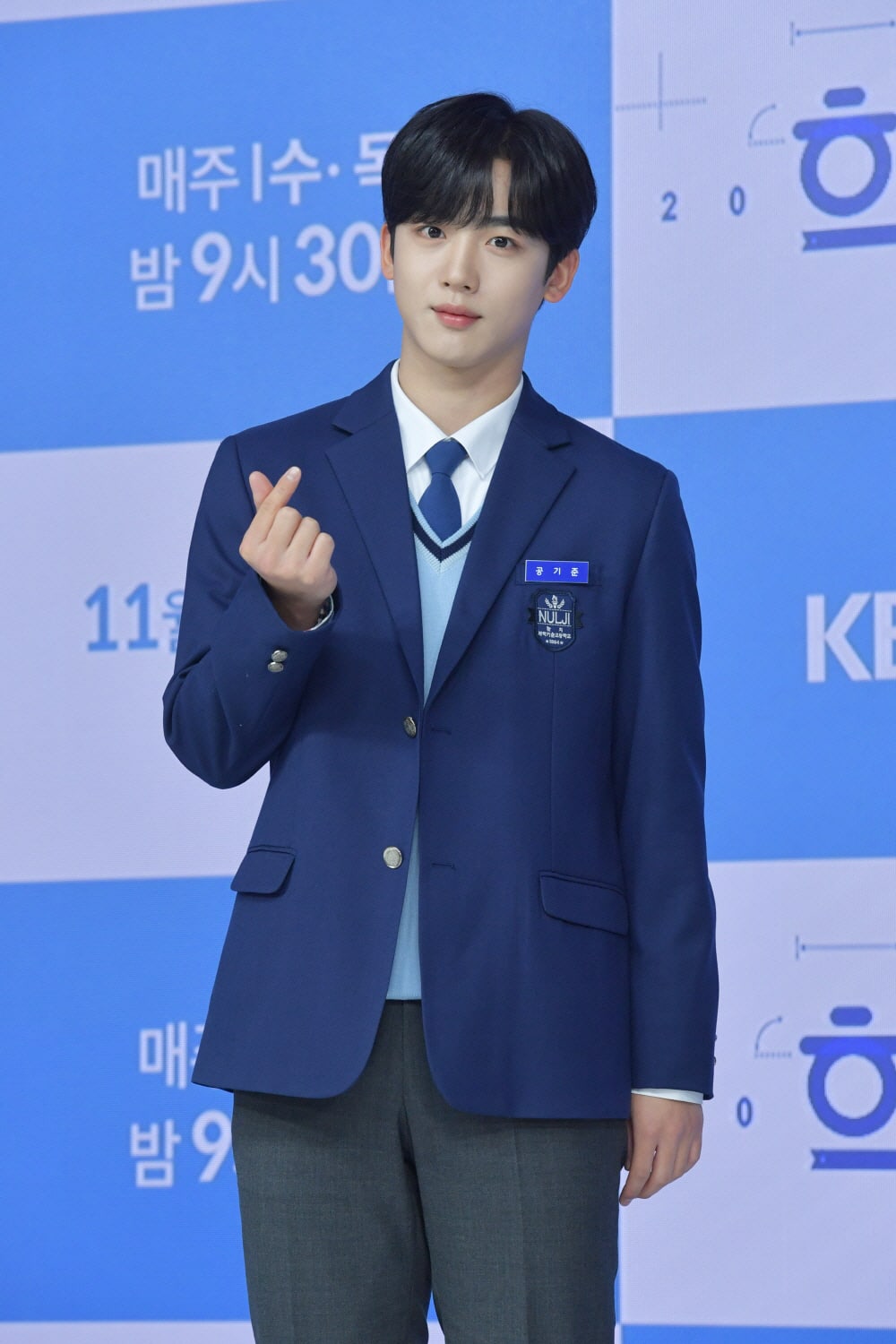 Kim Yo Han stars in the drama as Gong Ki Joon, a former Taekwondo athlete who is forced to give up on his dream due to an injury.

Describing Gong Ki Joon, Kim Yo Han commented, “He’s a character who is able to find his path and walk briskly down a new road thanks to his friends. He has a bit of a clumsy side and is also a little nosy, so there’s a comedic element to the role.”

As Kim Yo Han himself used to be a Taekwondo athlete in real life, he jokingly remarked, “I do share some things in common with Ki Joon, but where we differ is that he was somewhat lacking in talent, and I wasn’t.”

He continued, “There’s a scene in which Ki Joon injures his ankle, and because I also once severely injured my ankle, I was reminded of that memory. I thought a lot about my own school days [during filming].” 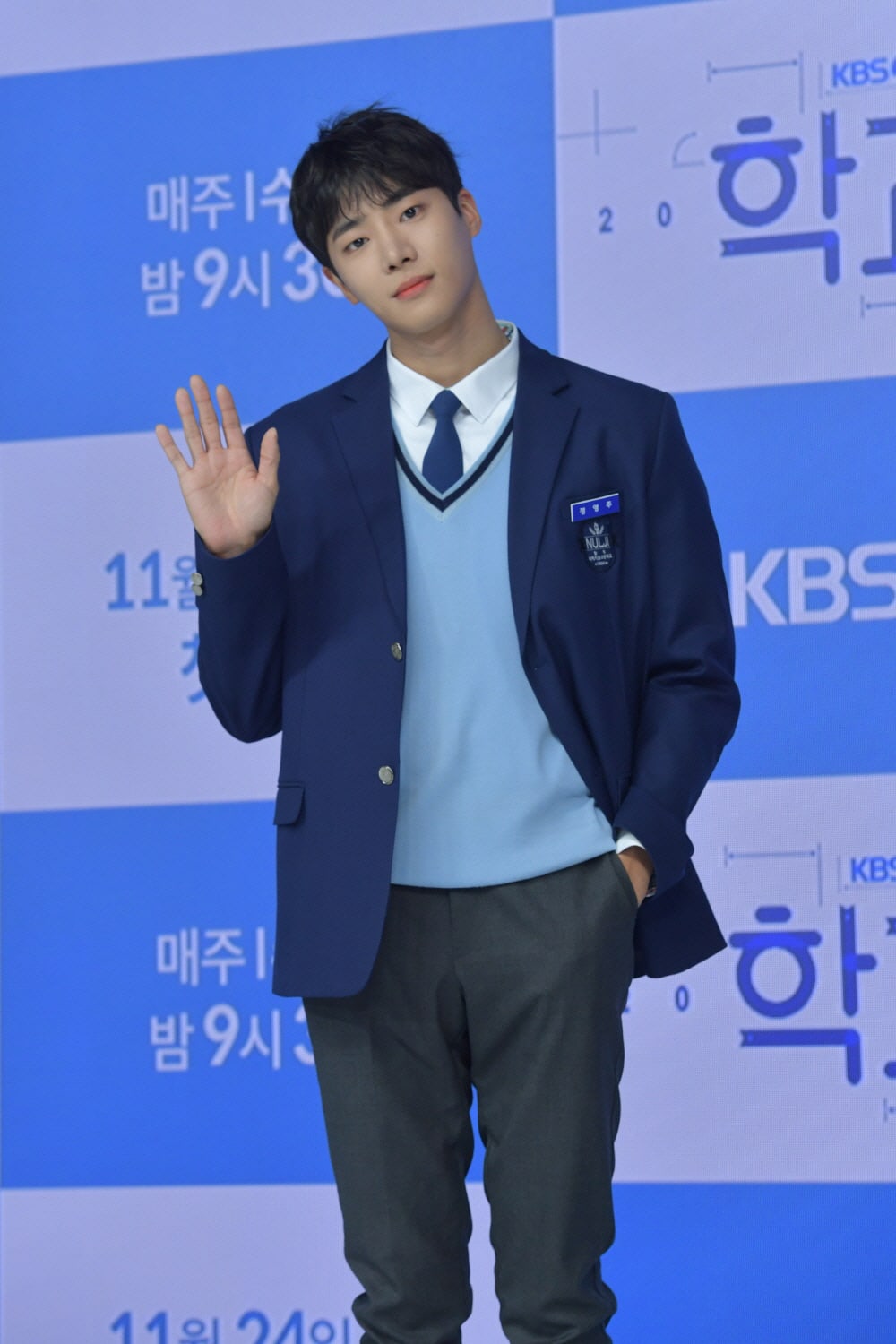 Chu Young Woo stars in the drama as Jung Young Joo, a mysterious transfer student with hidden emotional wounds and a past connection to Gong Ki Joon.

Referring to his previous drama “Police University,” in which his character’s love remained unrequited, Chu Young Woo playfully commented, “I hope my romance works out this time.” 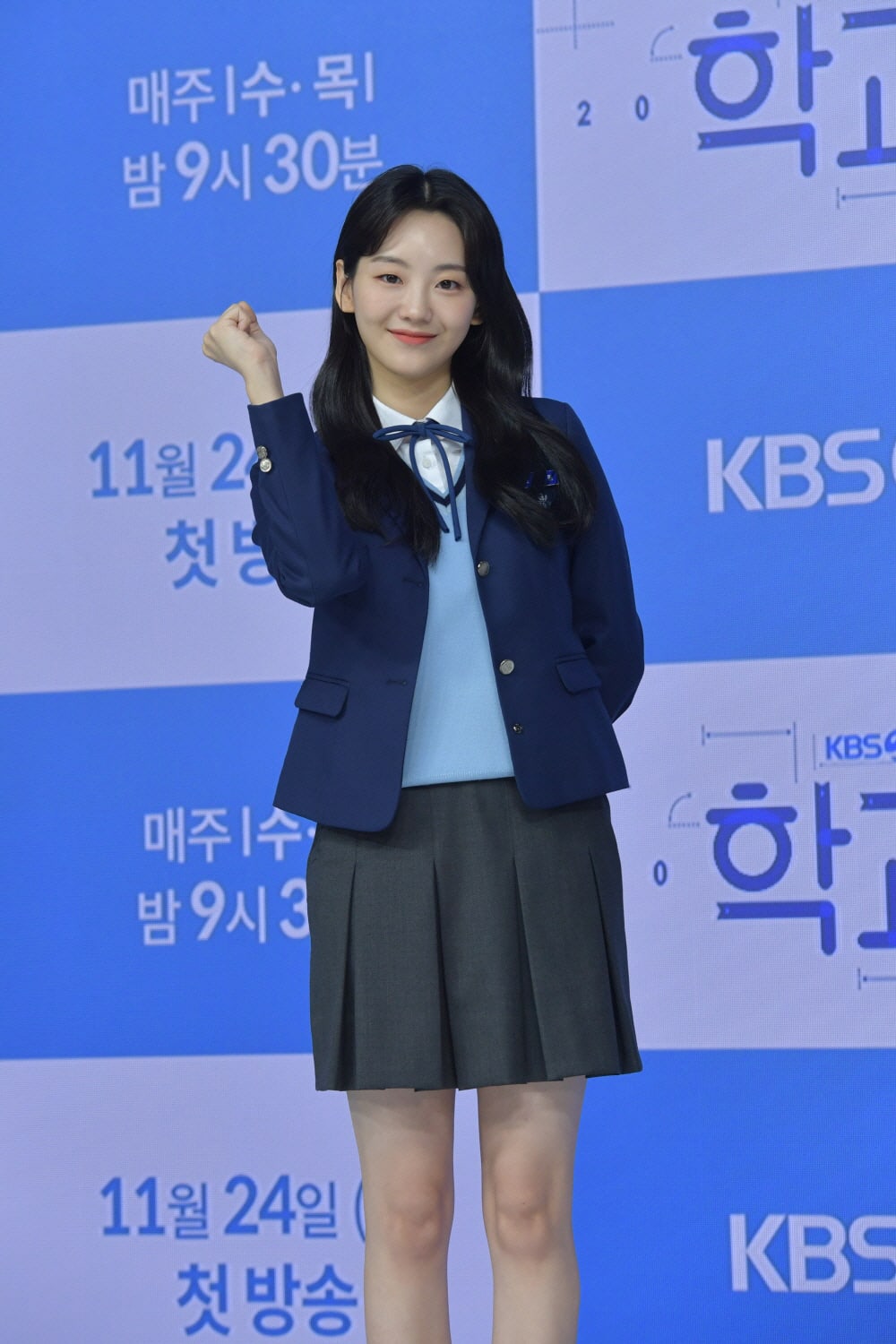 Praising his co-star, Kim Yo Han shared, “Because [Cho Yi Hyun] is such a great actress, I’m learning a lot from her as we act together.”

Cho Yi Hyun returned the love by saying, “I have complete faith in Yo Han in every aspect, so I feel very secure relying on him [as an acting partner]. Even during filming, if I’m exhausted or having a hard time, he’ll cheer me on a lot. He’s like a dependable tree that I can lean on.” 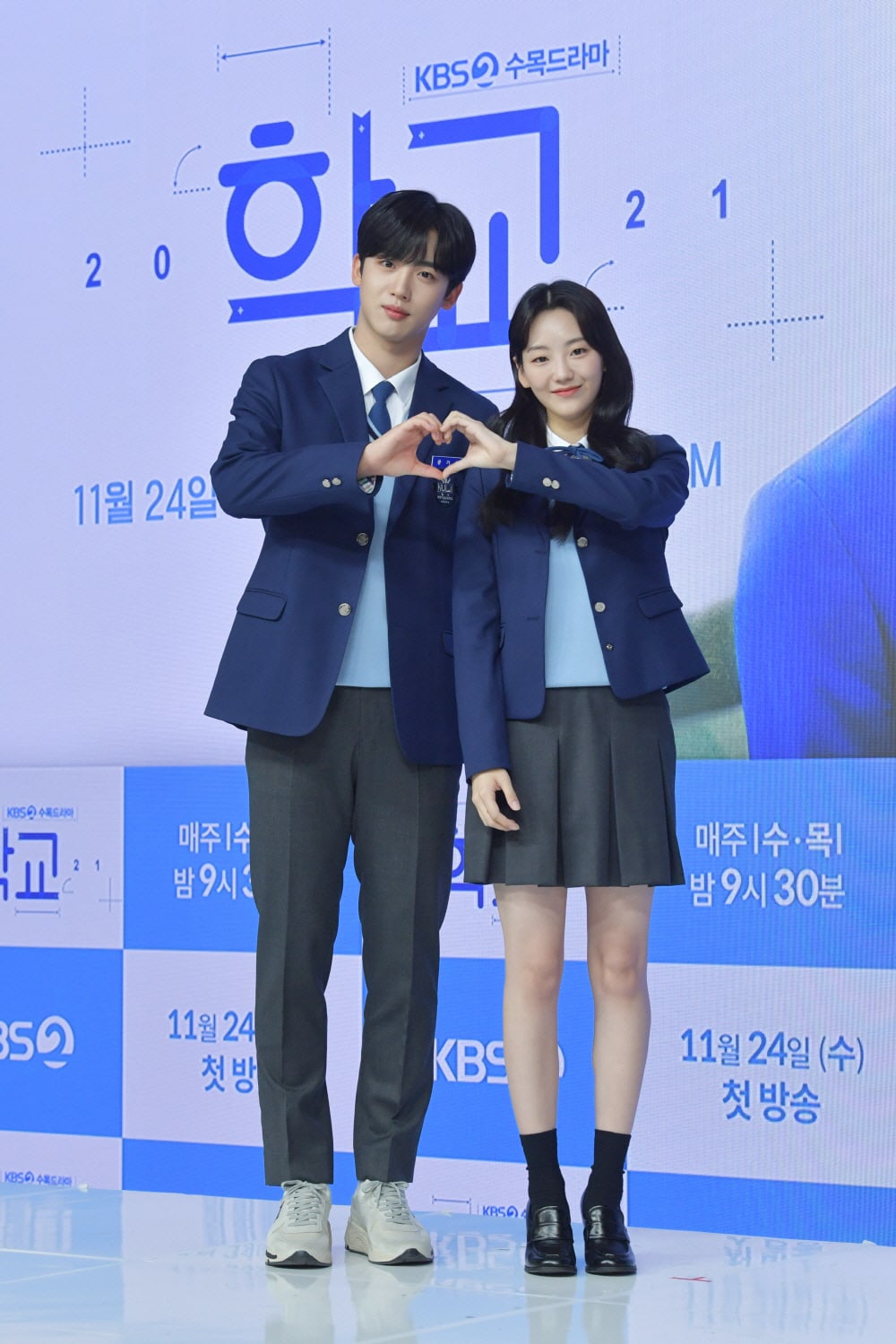 Jeon Suk Ho, who plays a teacher in the drama, confessed that he feels a bit of a generation gap with his co-stars.

“All of the kids are overflowing with their own unique charms, but because there’s a pretty big age difference between us, I do get the sense that they belong to a different generation,” he explained.

As for what he considers the drama’s biggest charm, Jeon Suk Ho chose “honesty.” “It’s not about hurting on your own, but being able to share that hurt together,” he said. “I think [the drama] will be able to provide comfort and relatability for some people.” 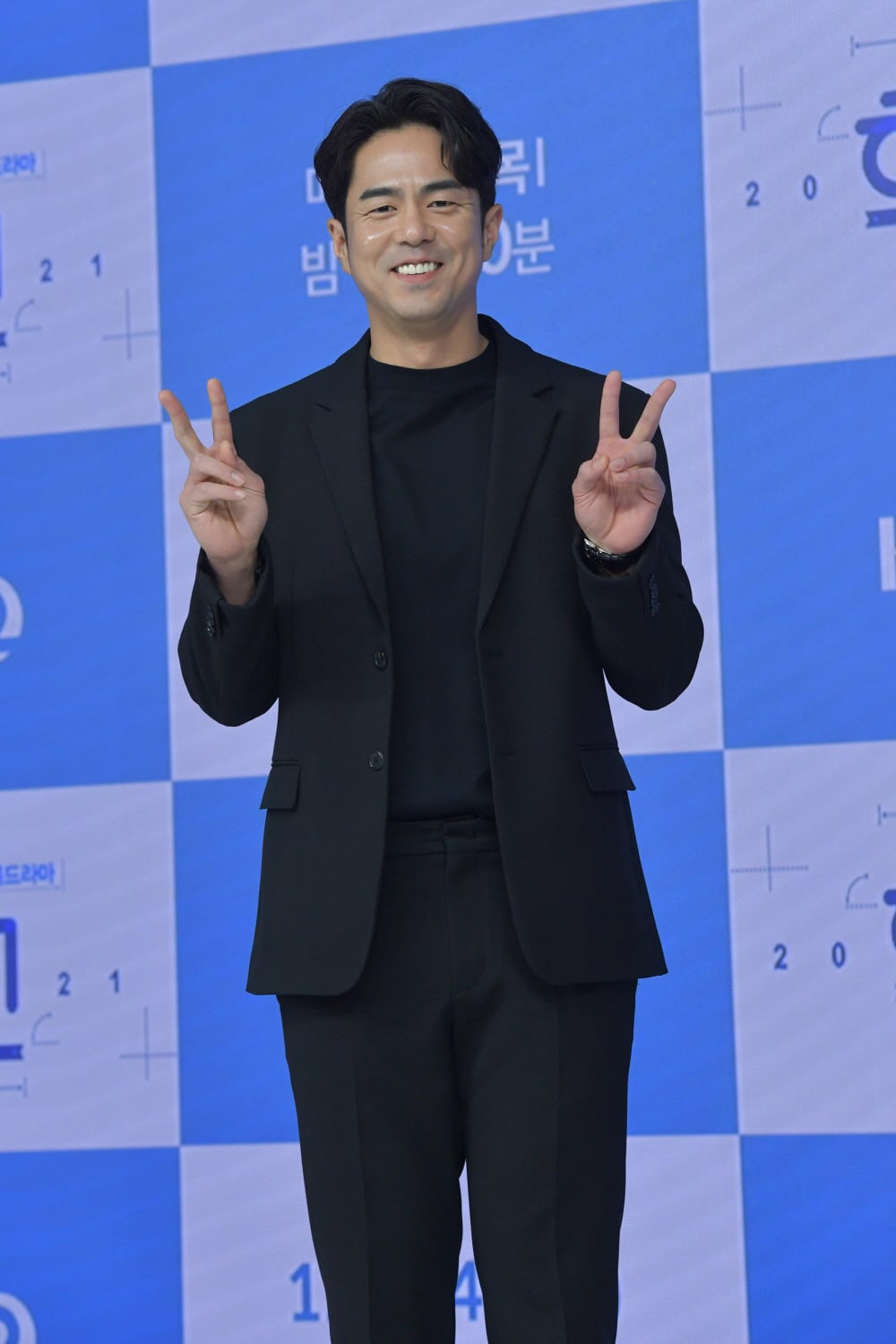 “School 2021” aired its first episode on November 24. Check out the premiere with English subtitles below!