The upcoming film stars Park Shin Hye and Yoo Ah In as Yoo Bin and Joon Woo, two people trapped in the middle of Seoul as it becomes the epicenter of a mysterious virus outbreak that causes those infected to attack others. 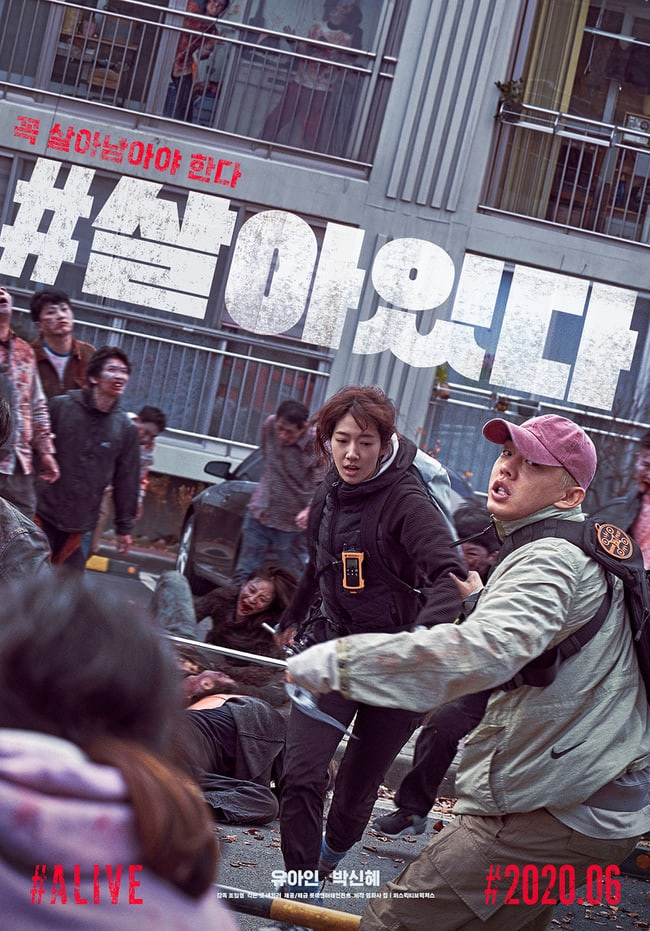 The new trailer shows Joon Woo (Yoo Ah In) witnessing the beginnings of the outbreak, as chaos ensues around Seoul and all modes of digital communication are cut off. As he struggles to survive from what he has left in his apartment, Yoo Bin (Park Shin Hye) makes contact from an adjacent apartment building.

Yoo Bin says, “Do you think we’ll be able to survive?” and Joon Woo responds, “Let’s survive, no matter what. Let’s survive together.”