Mnet’s “Kingdom: Legendary War” has wrapped up its first official round of competition!

On April 15, the new idol competition show—which is the male version of the hit 2019 program “Queendom”—aired the second half of its thrilling first round. As announced last week, the theme for the battle was “To The World,” and the competing groups were tasked with remixing one of their songs to put on a performance that they wanted to “show to the world.”

After THE BOYZ, iKON, and BTOB kicked off the competition in last week’s episode, Stray Kids, ATEEZ, and SF9 took the stage for their own electrifying performances this week.

Check out their performances below!

As previously announced, the “Kingdom” contestants will be awarded points over the course of the competition based on the following criteria: votes by the six competing groups (25 percent), evaluations by a panel of 30 experts (25 percent), domestic and global fan votes (40 percent), and video view count (10 percent).

Although the fan votes and video view counts for the round—which add up to a total of 50 percent of the contestants’ scores—have not yet been tallied, the six competing groups cast their votes immediately after the performances, while the panel of 30 expert judges made their evaluations at the same time.

As a result, with 50 percent of the groups’ scores still up in the air, “Kingdom” revealed the initial results based solely on the votes by the six competing groups and the evaluations by the panel of experts, which each account for 25 percent of their final scores (adding up a total of 50 percent). 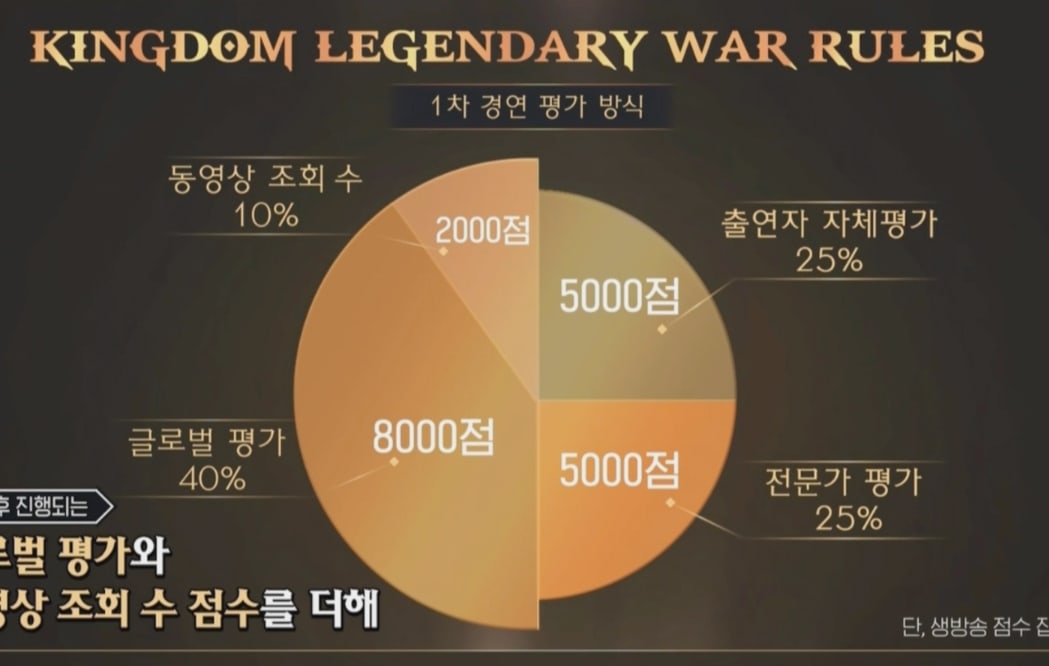 The overall initial rankings for Round 1 (subject to change after fan votes and video view counts have been tallied) are as follows: 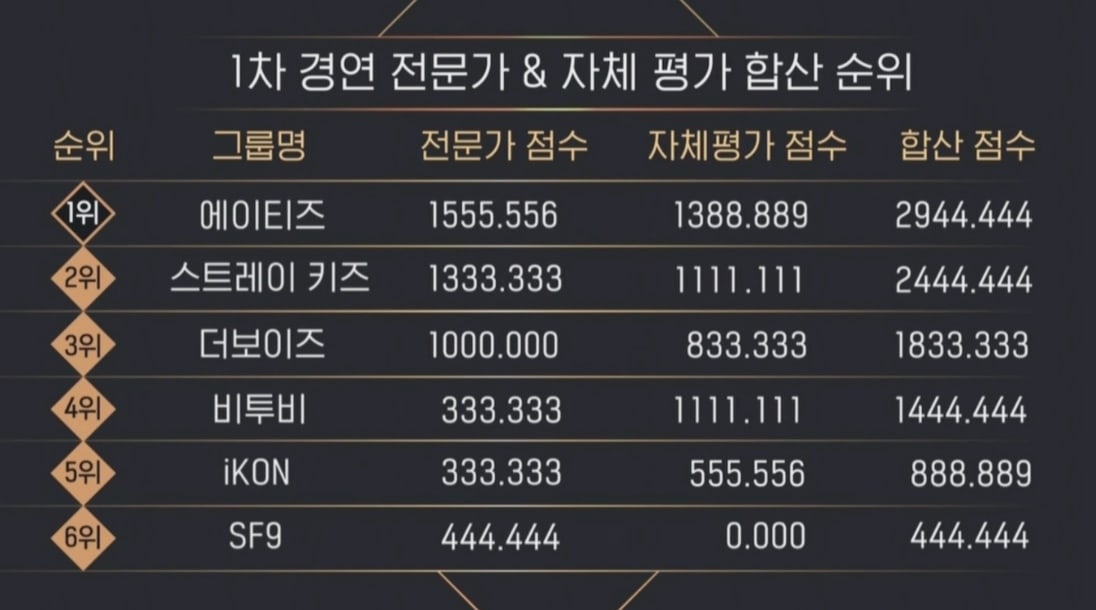 Watch the full episode of “Kingdom” with English subtitles here: