tvN’s “True Beauty” has shared an adorable new glimpse behind the scenes of filming!

On January 14, the popular drama adaptation of the hit webtoon released a fun behind-the-scenes video of its starring cast. The clip begins with leads Moon Ga Young and ASTRO’s Cha Eun Woo, who star as Lim Ju Gyeong and Lee Su Ho respectively, preparing to film an outdoor scene in which Lee Su Ho boosts Lim Ju Gyeong’s self-confidence by telling her that she’s “enough” exactly the way she is.

Moon Ga Young notes that Cha Eun Woo didn’t hold her hand, as he was supposed to in the script, and she jokingly complains, “What happened? Did you not want to hold my hand, or did you just miss the right timing?” The two co-stars then attempt to rehearse the moment in which Lee Su Ho takes Lim Ju Gyeong’s hand, which leads to a cute round of bickering in which they disagree about how the hand holding should go down.

Later, after filming their first take of the scene, Moon Ga Young and the director both crack up at how awkwardly Cha Eun Woo took her hand, with the director joking, “You can tell he’s never held anyone’s hand in his life before.” Although the next take goes smoothly, the two co-stars continue to laugh and playfully tease one another throughout the rest of the shoot. 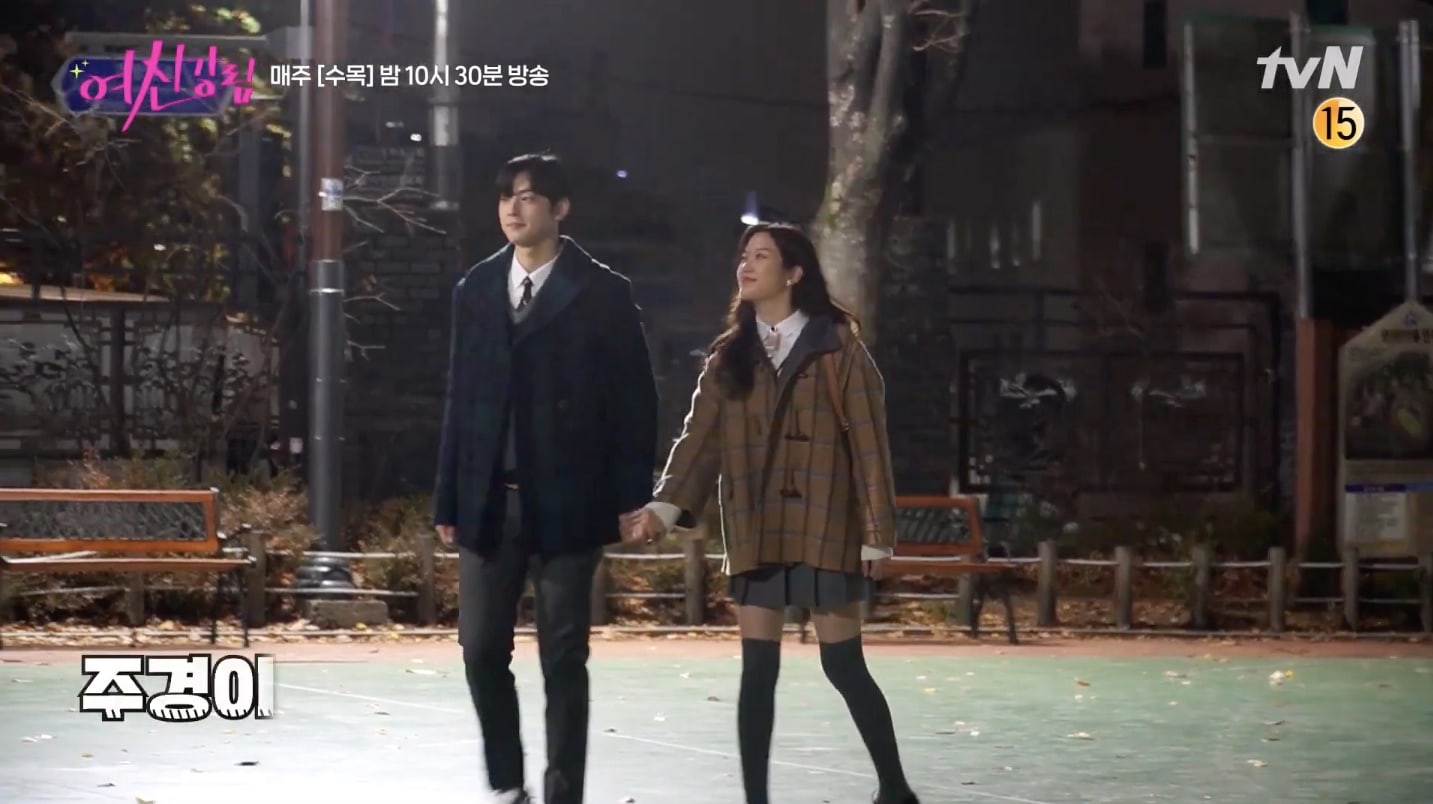 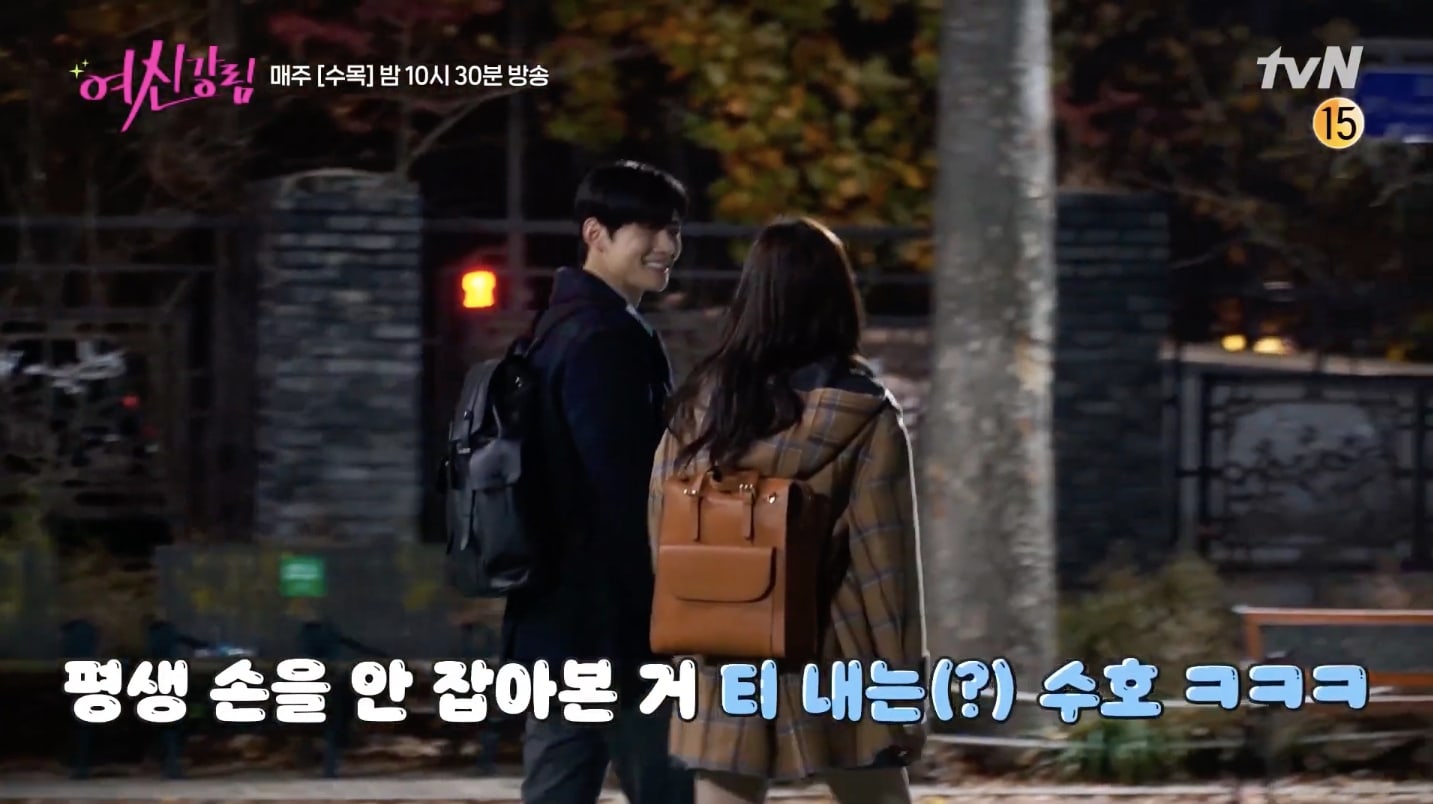 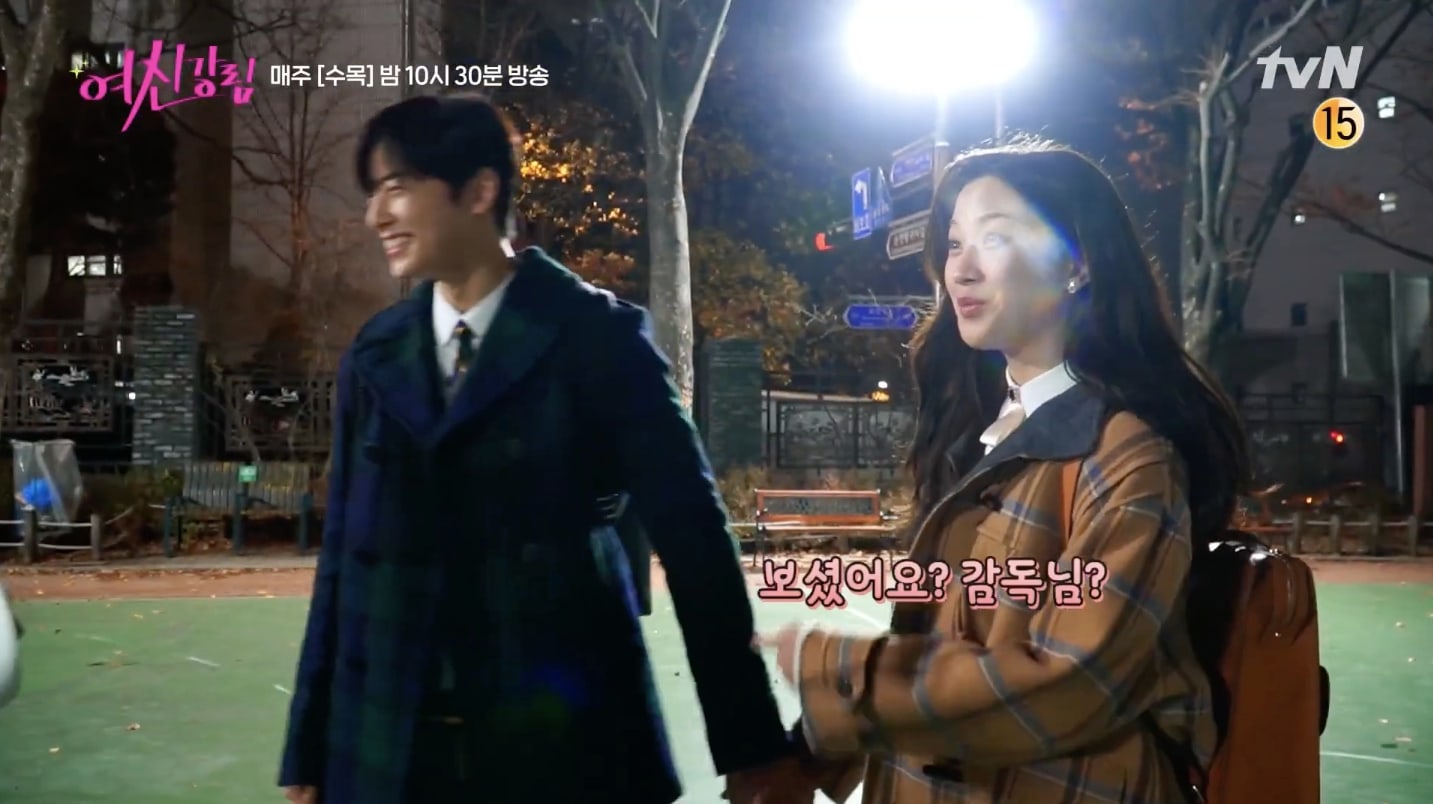 At one point, Moon Ga Young asks Cha Eun Woo, “On a scale of 1 to 5, how would you rate my dancing?” He responds, “Why did you make the maximum score so low?” After she adjusts the scale to “1 to 10,” Cha Eun Woo replies, “10 points.” A disbelieving Moon Ga Young points to the camera and asks with a laugh, “You gave me a 10 because they’re filming a making-of video, right?”

The clip then moves on to Hwang In Yeob and Moon Ga Young filming the scene in which their characters Han Seo Jun and Lim Ju Gyeong pose for a photo shoot together. Between takes, Hwang In Yeob bashfully remarks, “I do feel kind of shy.” Later, Moon Ga Young thoughtfully keeps his hand warm by pressing a heat pack on it, asking, “It’s warm, right?” 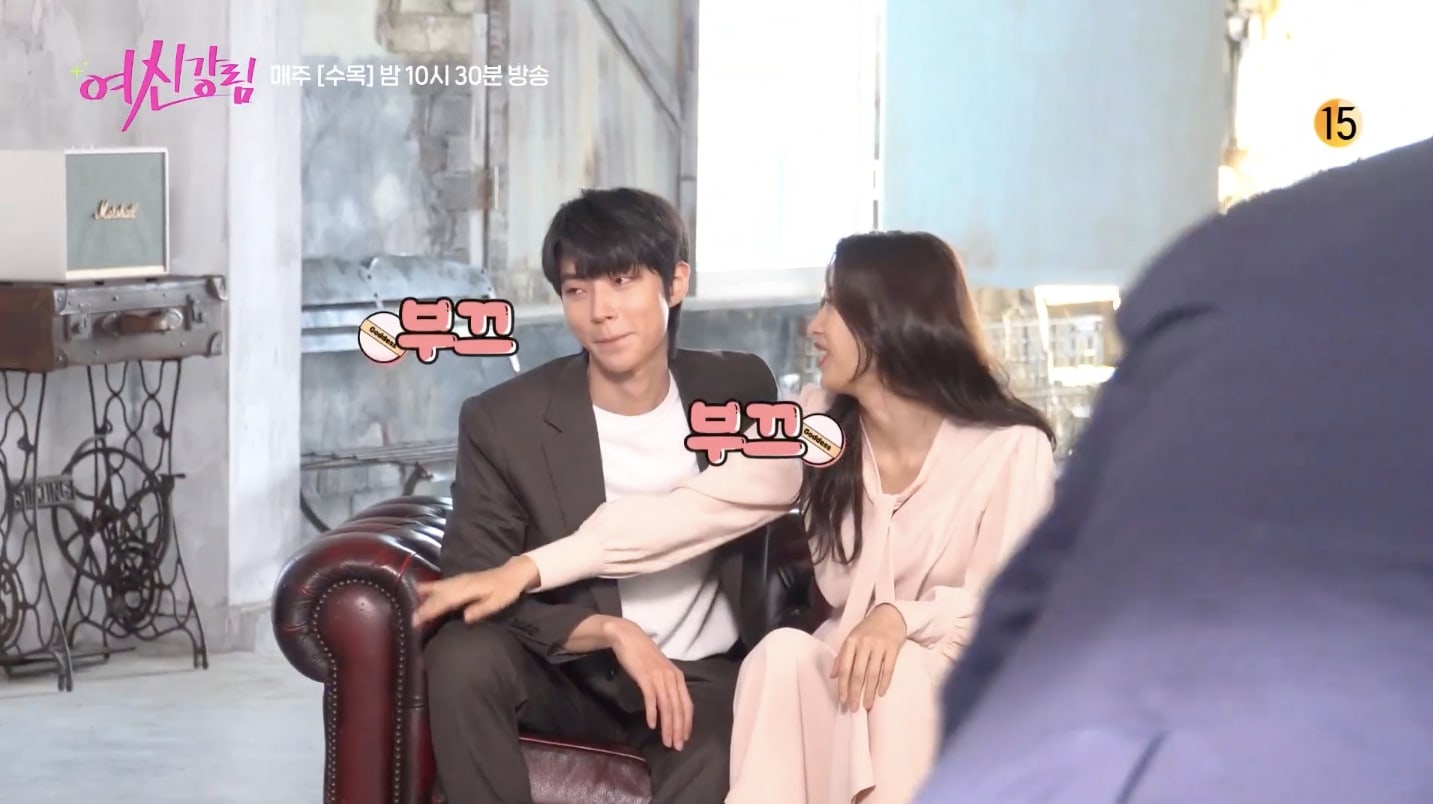 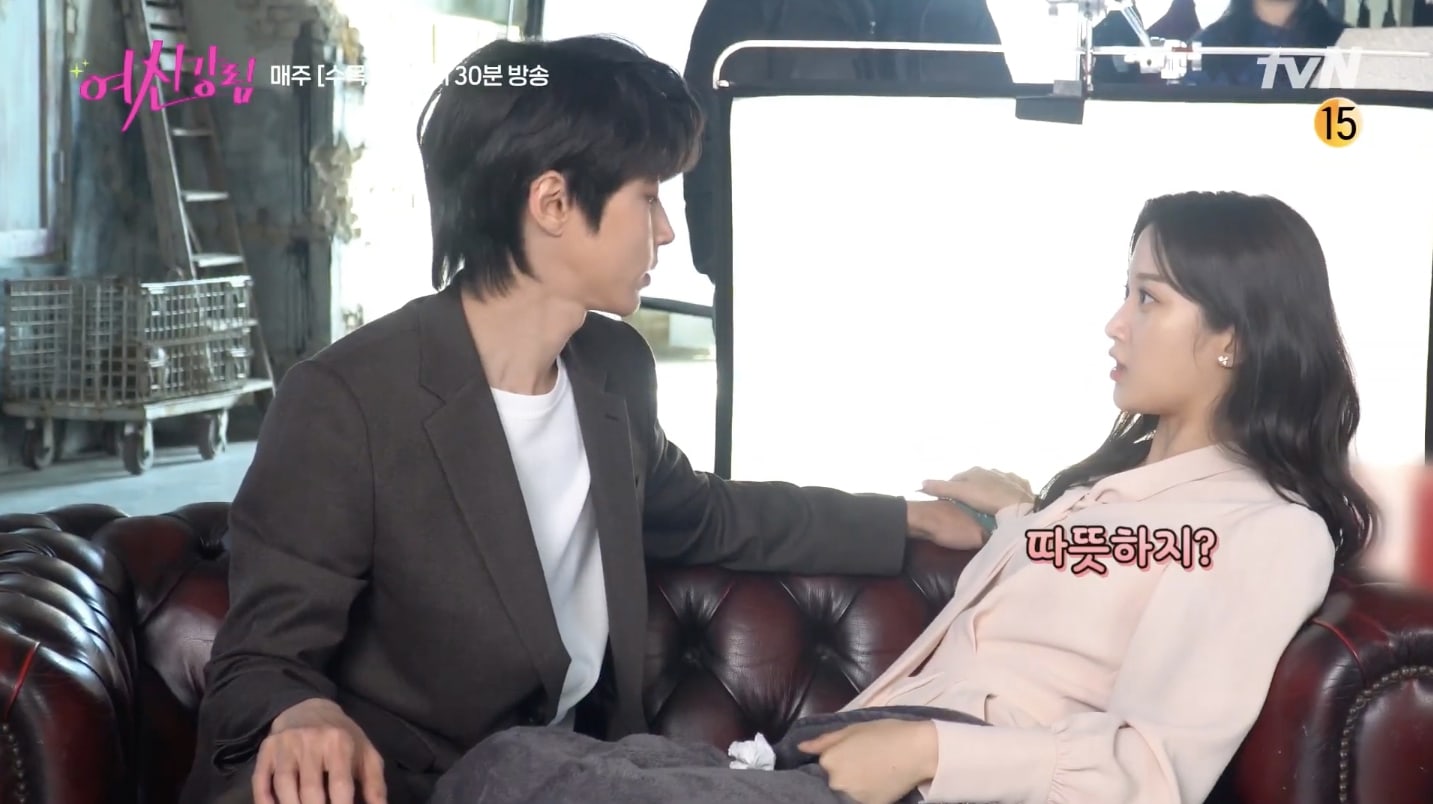 While preparing to film their next scene together, Hwang In Yeob shyly worries that he’s not good at acting shy on camera, and Moon Ga Young replies, “Su Ho [Cha Eun Woo] is really good at that kind of thing. Then, as soon as the director says ‘Cut,’ the two of us start fighting immediately.”

Hwang In Yeob goes on to share that he already feels full even though he has a lot of eating left to do in the scene, but he valiantly presses forward and finishes eating all the spicy rice cakes (ddukbokki) during the rest of the shoot.

In the next shoot, Cha Eun Woo and Moon Ga Young film a scene in which Lee Su Ho protects Lim Ju Gyeong from being splashed by a bus driving through a puddle. However, in the first take, Cha Eun Woo doesn’t manage to cover her in time, and Moon Ga Young accidentally gets splashed with most of the water. After laughing and apologizing for his mistake, Cha Eun Woo successfully covers his co-star in the second take, and he confidently declares, “This time, it was me. It was refreshing.” 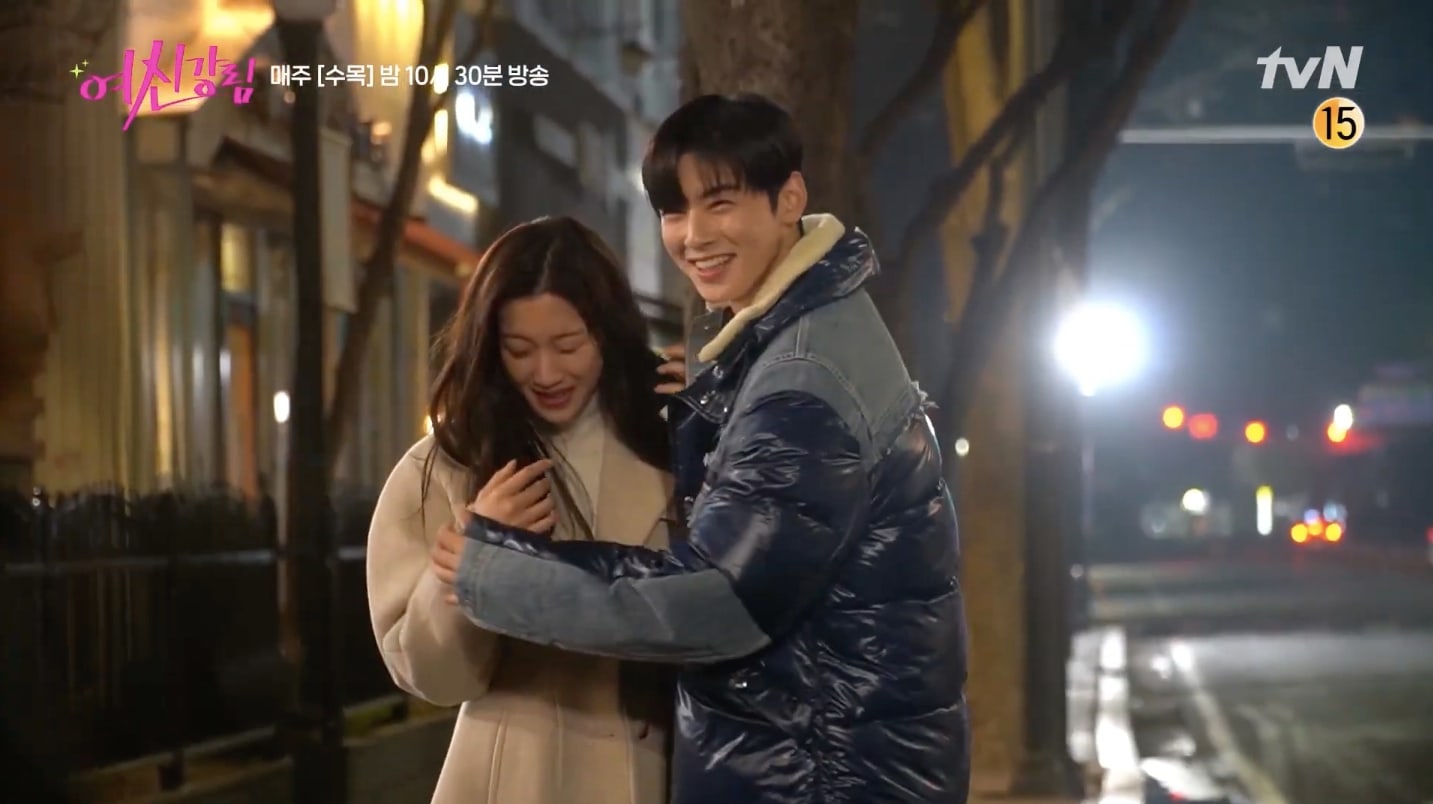 Finally, the video ends with footage of Cha Eun Woo and Moon Ga Young filming the scene of their pizza-and-a-movie date at Lee Su Ho’s apartment.

In between takes, Cha Eun Woo shows off his piano skills by playing various snippets of various Christmas carols on the piano and asking Moon Ga Young to guess the titles of the songs. 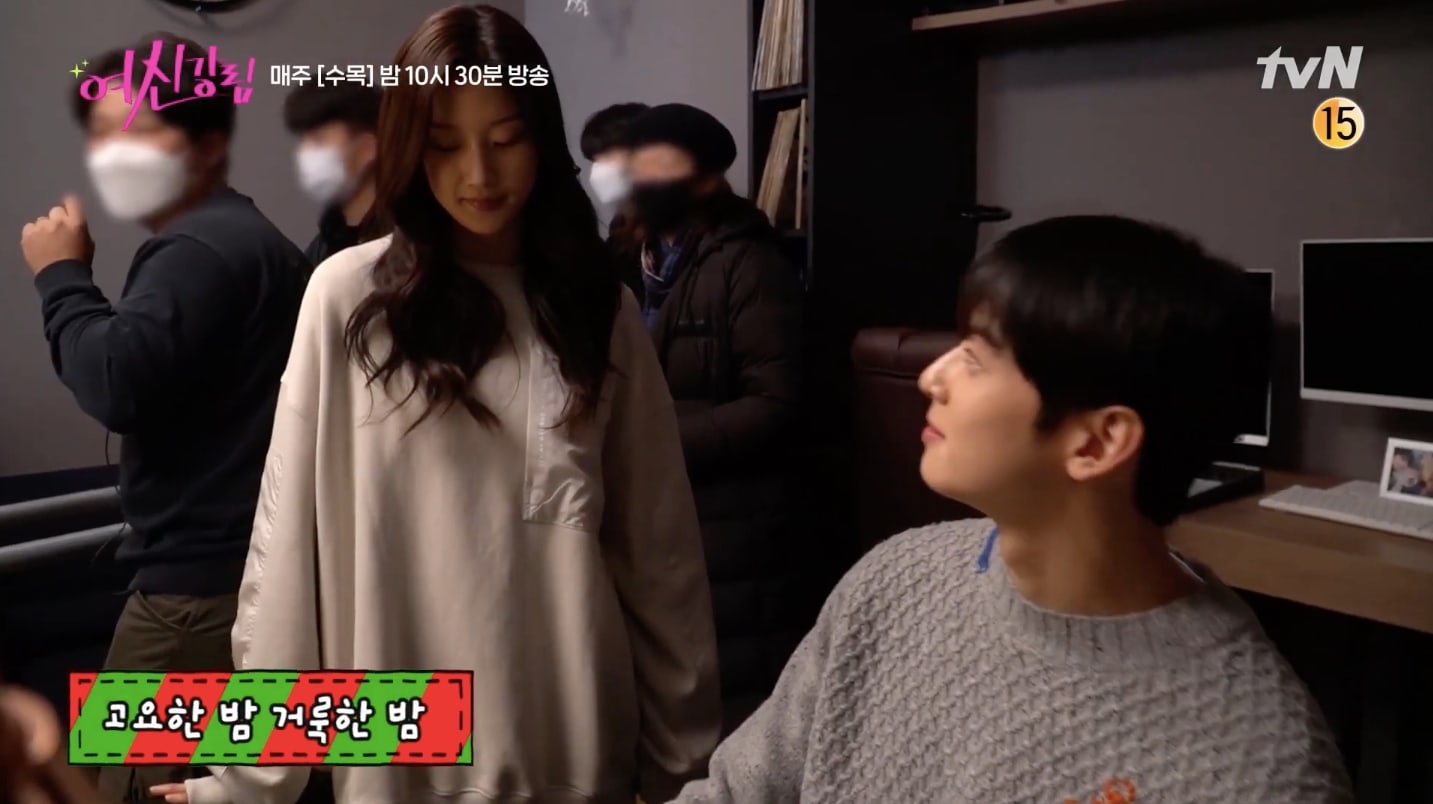 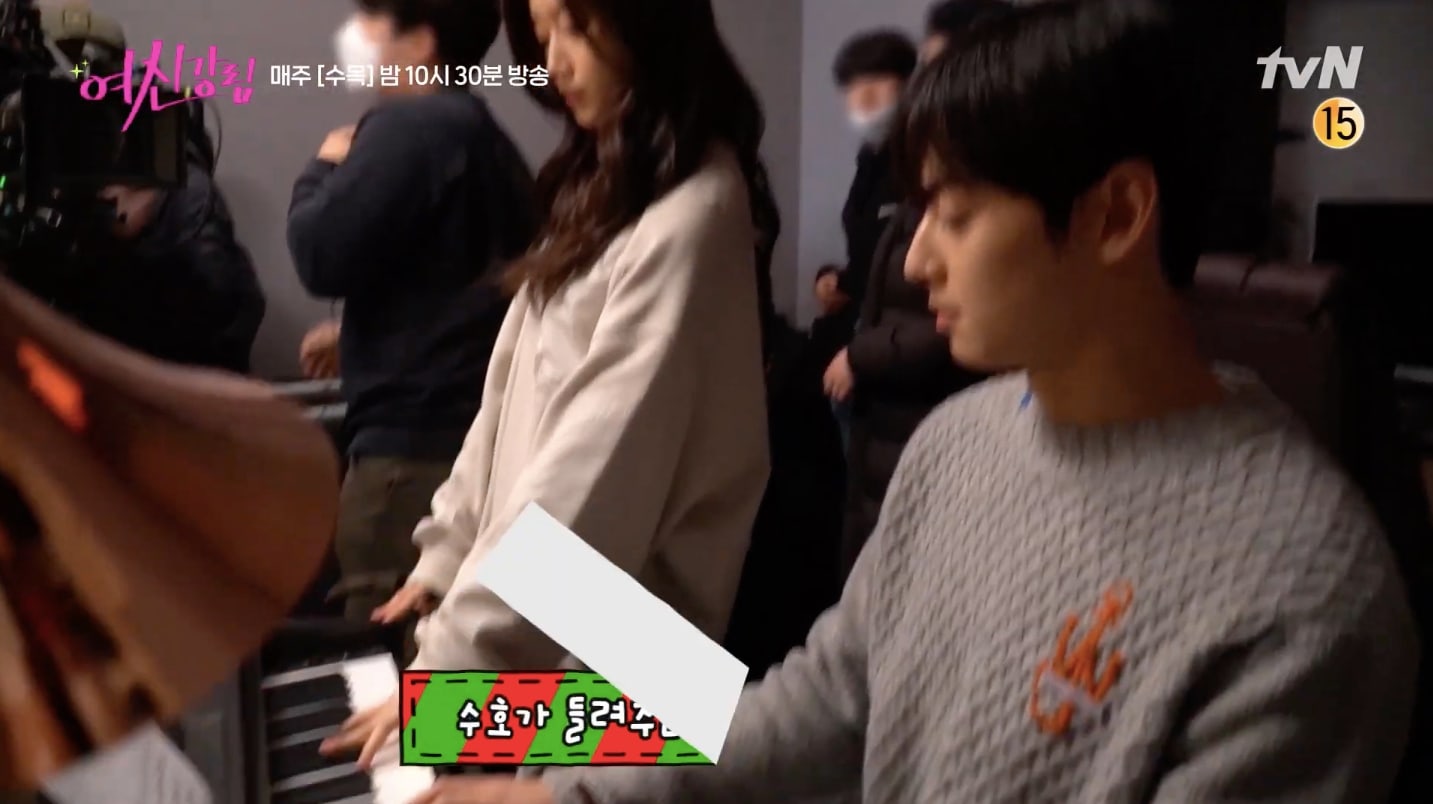 Check out the full behind-the-scenes video below!