As many K-Pop fans may be aware by now, the life of an idol trainee is an extremely difficult period that one must endure and go through in order to get any chance of making it as a debuting idol in an agency.

From working to strict diets, while no one knows for sure just what exactly idol trainees go through, there have been various different rumors and stories that do contain some amount of truth to them.

In fact, for Pledis Entertainment’s SEVENTEEN, a video was once uploaded on YouTube in the past, revealing the intense workout program that they once had to take on involving endless burpees, pushups, jumping jacks, sit ups, jogging, and etc.

But what people also have to understand is that there’s actually a specific purpose for diet and workouts in the K-Pop world. Idols are not only expected to look their best at all times in order to awe the fans with their visuals, but because their stage performances and choreography often times demand a lot of energy and physical endurance, going on strict diets and working out intensely is all to help optimize their performance, and not to make their lives more difficult for no reason.

Of course, there have also been differing versions of the stories as AOA’s SeolHyun once talked about how “diet” programs and meal plans with her name attached to them are actually not what she follows, and are mostly made up. She even stated that she would eat pretty much what she wanted but also while controlling the quantity and working out just as hard in order to stay in shape.

Below are some of the foods that are known to be banned in general, as agencies in general prohibit trainees from consuming them. 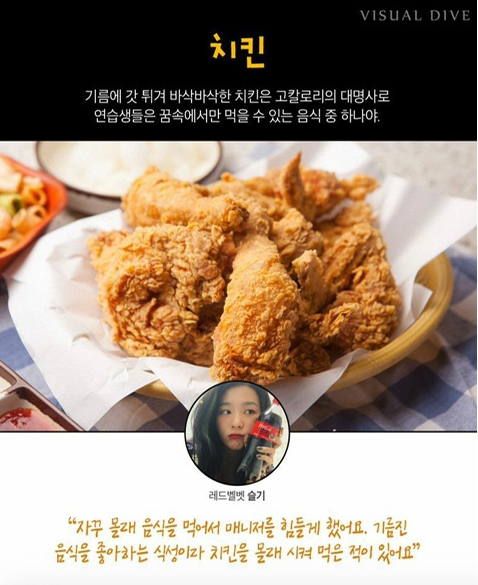 “I gave managers a hard time by always sneaking food in. I love greasy food, and there have been times when I secretly ordered chicken.” 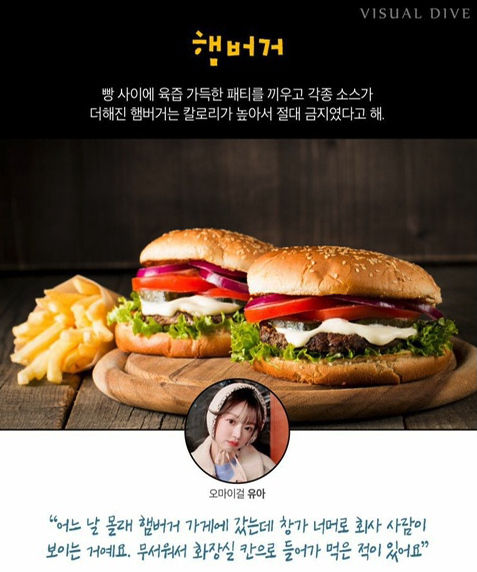 “I was in a burger place one day, but I saw agency staff members from the window coming in. I was so frightened that I ran in to the bathroom and ate my burger.” 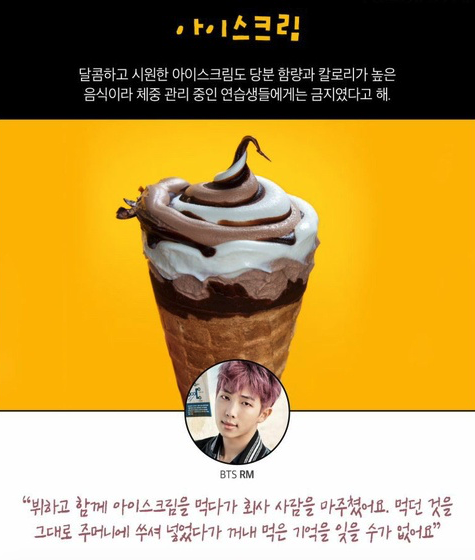 “I was out with V getting some ice cream and ran in to company staff members. I can’t forget that I shoved the ice cream in to my pocket right on the spot and later took it back out and finished it.” 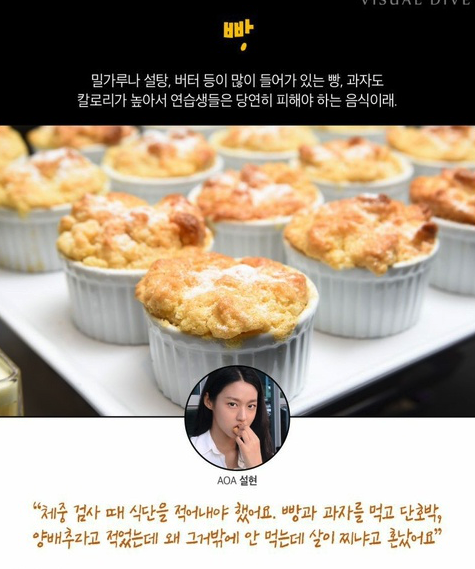 “When getting our diet examined, we had to list everything that we ate. I remember that I ate bread and crackers, then wrote down pumpkin and cabbage instead. They asked me how I gained weight if that was really everything that I ate.” 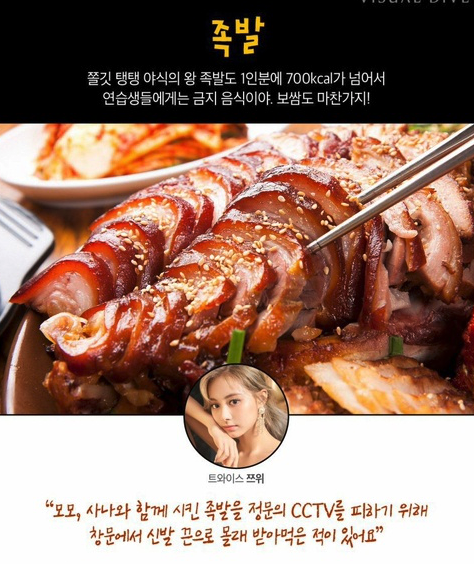 “Momo, Sana, and I once had to use a shoe string and get the delivery man to attach the meal to it so we could pull it up to our window. We did this to avoid getting caught on CCTV.” 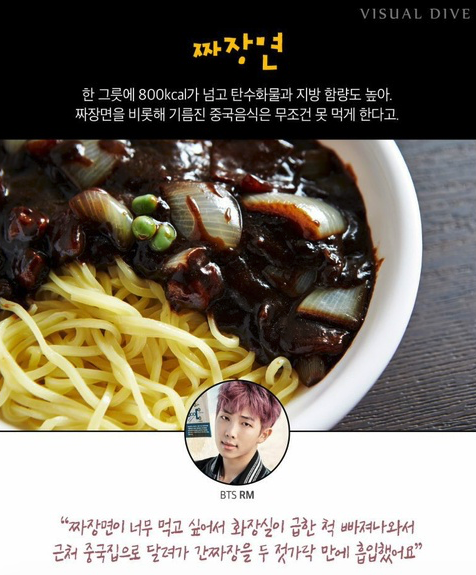 “I wanted to eat jjajangmyun so bad that I pretended I had to use the restroom. I ran to the nearest Chinese restaurant and finished the whole thing in two bites. Literally breathed it in.” 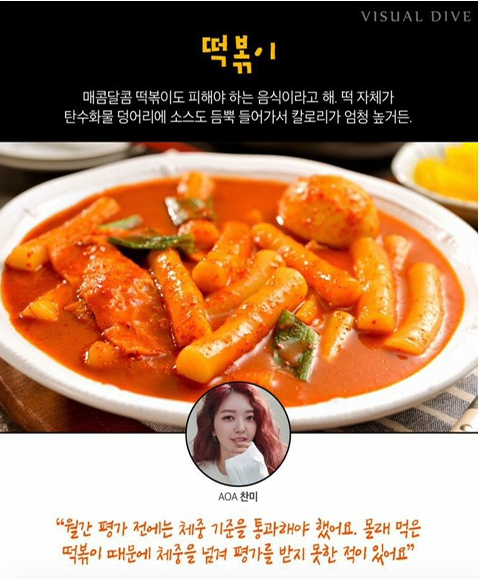 “I needed to past the monthly weight test. I once failed this test because of the tteokbokki that I ate secretly.”