The differences reflect their styles and personalities! 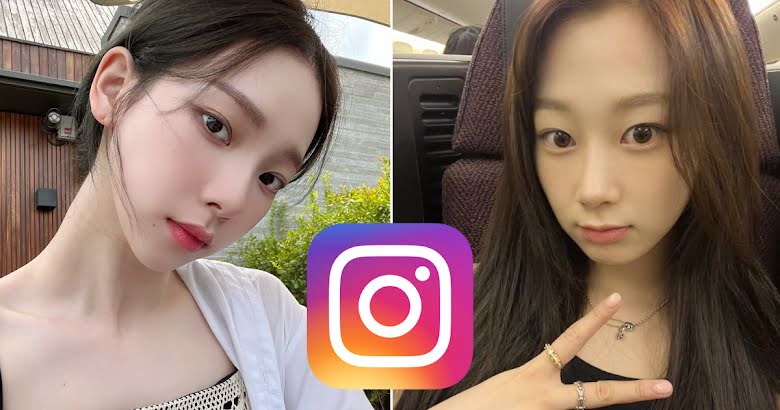 K-Pop seems dominated by girl groups gaining attention from netizens for their visuals, talent, and charisma. One of the most popular has to be aespa. Since debuting in 2020, the members have all gained attention worldwide.

A hot topic on forums has always been the members’ pre-debut activities. From old videos, school pictures, and much more, netizens loved seeing the idols before they became famous.

Recently, a Korean forum gained attention from international fans after posting images of the pre-debut Instagram accounts of Karina and Giselle.

When it came to Karina, the idol was always showcasing her dazzling visuals in cute pictures with filters. Whether it was photobooth-like shots in her school uniform or just the classic peace sign, Karina was truly elegant even before debuting.

The captions on the forum even described Karina as having pure and innocent high schooler vibes, particularly with the cute little emotions and simple introduction.

In comparison, Giselle’s page was much simpler with the description, with the name “aeri” and her location being in Tokyo, Japan.

The photos on Giselle’s page were equally similar to the idol’s style, with edgier and even being described as having “Hot Tokyo Girl vibes.” Many even explained that Giselle’s aesthetic was something that was still popular now, showing the maturity she had always had.

Many then joked how it seemed unreal that the two would ever be in the same group with such different vibes, but how perfectly they work together now.

Of course, even in 2022, both Karina and Giselle have very different aesthetics in photos that allow their own personalities to shine. Although the style might have changed, both idols are just as beautiful and will always capture the attention of netizens with their visuals.

Although the aesthetics were different, it seems like the vibes aren’t too different from their personalities now. Even in 2022, Giselle loves edgier photos, while Karina is always praised for her “Princess-like” selfies.

🍭 ONCE for TWICE – greatest free game about TWICE 🍭