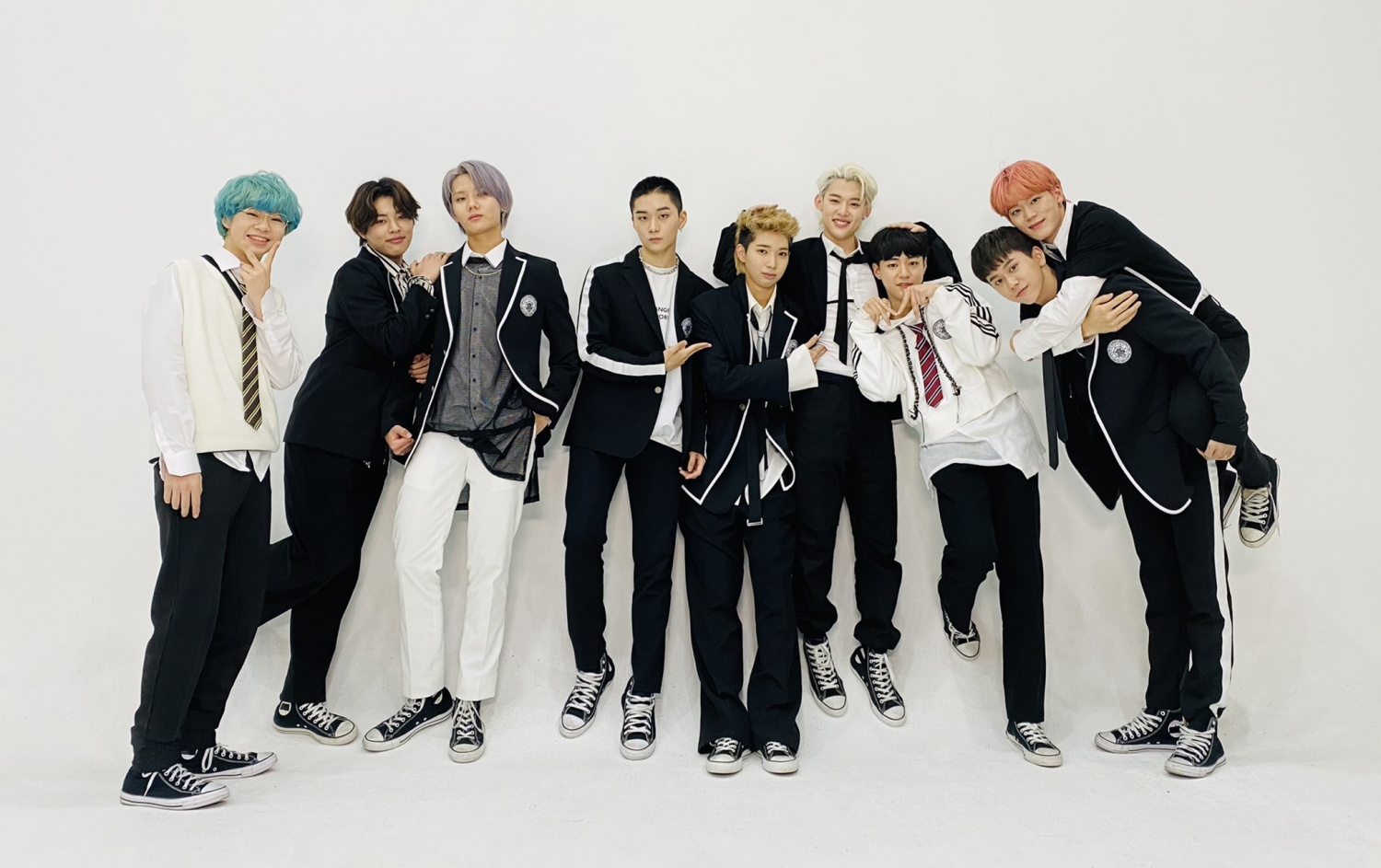 Rookie group T1419 is celebrating their 100th day of debut today, April 20! As part of the celebration, the boy band will be holding a special live broadcast.

T1419 is a new K-pop boy group under MLD Entertainment, which is also home to girl group MOMOLAND. The band is made up of nine members namely Kevin, Sian, Gunwoo, Noa, On, Leo, Kairi, Zero, and Kio. The rookie group was formed in partnership with Sony Music and NHN Entertainment Corporation.

ALSO READ: MOMOLAND Reveals the Worst Cook Among its Members – Can You Guess Who It Is?

On Jan. 20 this year, T1419 made their debut with a single album titled “Before Sunrise Part. 1” On the same day, they also debuted as a new idol group in Japan and the United States as planned. The album has already sold 19,097 copies in Korea.

The single album contains the title track “ASURABALBALTA,” which conveys the rookie group’s hopes for their bright future. Watch the music video for the song below!

Ahead of their official debut, MLD Entertainment’s new K-pop boy group dropped a pre-release song named “Dracula,” along with a Halloween-themed music video, on Oct. 27. At that time, appearances of the members have not been revealed yet, making their debut more interesting. Additionally, their names or stage names were also not announced, instead, codes were used to introduce the members.

T1419 is the first idol group to debut under MLD Entertainment after more than four years since MOMOLAND in November 2016.

Today, April 20, marks the 100th day since the debut of T1419. The rookie group took to their social media accounts to commemorate the event. The band posted a photo with their congratulatory message, as well as their message of gratitude to the fans.

The new K-pop boy group also announced that they will hold a special livestream titled “Happy 100 DAYS Anniversary” via Naver’s V Live to celebrate the event with the fans. The live broadcast will start from 8:30 p.m. KST later today. It is said that the special livestream is just one of the many various events T1419 planned for their 100th day of debut.

Are you going to tune into T1419’s live broadcast later today?

Meanwhile, MLD Entertainment’s new K-pop boy group made their very first comeback on March 31 with the release of their second single album titled “Before Sunrise Part. 2.” The album features the title track “EXIT.”

The lyrics for “EXIT” convey the disapproval of the multiple situations that take place at school, which is primarily a small society of adolescents. The song also brings comfort to teenagers as it talks about the darkness behind adolescence.

T1419’s second single album has already sold 17,933 copies in Korea. Combining the sales of their two single albums, the rookie group has more than 30,000 copies sold in the country. Moreover, “Before Sunrise Part. 2” ranked seventh in the Top 10 albums in Korea for the first week of April.