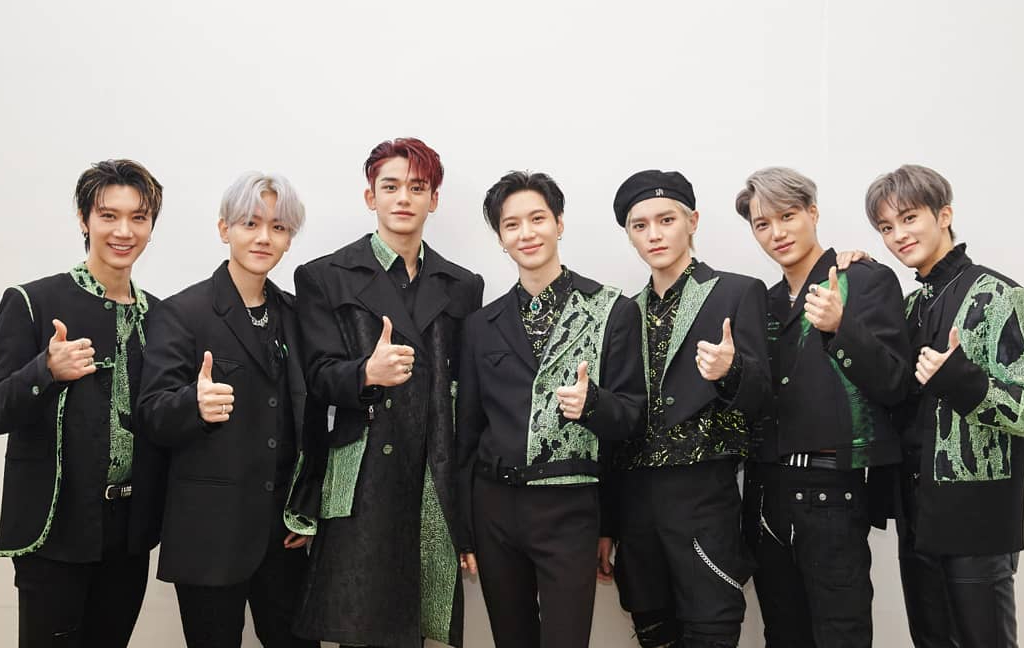 SHINee has officially come back with a bang! Lee Tae Min, Choi Min Ho, Key, and Onew released their seventh full-length album titled “Don’t Call Me,” which includes a total of nine tracks.

On Saturday, Feb. 27, SuperM members Lucas, Lee Tae Min, Taeyong, Kai, Baekhyun, Ten, and Mark Lee gathered together to watch and react to the official music video of “Don’t Call Me” by SHINee. The start of the clip, which was shared on the official SuperM YouTube channel, showed the boys celebrating the return of SHINee.

Taeyong admired the exemplary ability of Key to pull off the whole concept, while SuperM member Mark, who has been very vocal about his admiration towards SHINee, said it is good to see the group return to the music scene again. Other members of the South Korean supergroup appreciated the powerful charisma of Mino and the soothing singing voice of Onew.

Taemin, for his part, appeared very surprised as to how his other co-members showed appreciation and compliments to the SHINee group members. The reaction video of SuperM on “Don’t Call Me” already garnered a total of 457,345 views on YouTube with 5,790 comments.

Meanwhile, Lee Tae Min, Choi Min Ho, Key, and Onew also gave their feedback on their very own music video two days before SuperM dropped their reaction video on YouTube. In the clip, all SHINee members revealed some interesting behind-the-scenes stories and even joked at each other’s outfits in the official “Don’t Call Me” music video.

Taemin revealed it was the first time that the group had seen the completed version of the music video. Minho was heard saying that they had a hard time dancing on the first set due to the slippery floors and observed that they donned numerous different headpieces for the “Don’t Call Me” music video.

Key recalled that he used several hairpins to make sure that his headpieces are in place. He also continued the theory of Taemin, claiming that he walked into the wrong hotel at the start of the clip and said he wonders what the story would be if he entered the right guesthouse.

Onew shared that the shooting of the “Don’t Call Me” music video was unusual since they filmed it on a Monday and Wednesday. Minho, then, stated he was not 100 percent satisfied with the output since it was their first time to do such a powerful concept.

The SHINee members, later on, greeted TVXQ member Yunho, who graced the press conference of the group’s album release. Taemin commented that he saw some chemistry between Key and Min Ho. Confused with Taemin’s remarks, Key clarified that the ’91 line was actually cut. Min Ho was quick to chime in and claimed that he and Key had chemistry since the “Love Still Goes On” video.