Super Junior has kicked off the pre-orders for their upcoming tenth full-length album “The Renaissance” and there are various to choose from.

On Feb. 23 at 1:00 p.m. KST, pre-orders for the K-pop boy group’s upcoming album have started. A total of 13 versions of Super Junior’s “The Renaissance” are now available on various online and offline album sites. The renditions include unit versions such as “Passionate,” “Versatile,” and “Beautiful.” There will also be a group version and an individual version of Super Junior’s new album.

Through the group’s official SNS accounts, Label SJ shared the links of the online sites from which fans can purchase their preferred version of “The Renaissance,” such as Synnara, YES24, and Interpark. Links for the “renaissance style” and “square style” were separately provided.

The 13 versions of Super Junior’s “The Renaissance” are likely to meet the expectations of E.L.Fs (Super Junior’s fan club) who have been waiting for the release of their tenth full-length album for a long time as it has been delayed a few times.

When is the Official Release of Super Junior’s New Album?

The group’s new album was initially set for release in December 2020, but it was postponed to January this year to improve the work’s quality. However, on Jan. 8, it was announced that Super Junior’s comeback will again be moved to Feb. 16 to fully complete the title track.

But on Feb. 1, it was revealed that the release date of the group’s upcoming album will again be pushed back, from Feb. 16 to March 16, “due to unavoidable circumstances.”

While the official comeback of Super Junior has been postponed several times, the group released a few new songs through videos uploaded to their YouTube channel. The band dropped performance videos for a remake version of “Raining Spell for Love” and “Burn the Floor,” as well as an animated film for “Tell Me Baby.”

In addition, the nonet launched a pre-release single titled “The Melody” on Nov. 6, 2020 ahead of the album to celebrate their 15th debut anniversary. This song was written by members Yesung and Leeteuk and is about how the group feels thankful as they recall the memories and hopes they have to continue singing together.

What to Expect for Super Junior’s New Album “The Renaissance”?

Meanwhile, Super Junior’s upcoming tenth full-length album will comprise a total of 10 songs including the remake version of “Raining Spell for Love,” “Burn the Floor,” and “Tell Me Baby.” This will be the boy group’s first full album in more than one year since their ninth album “Time Slip,” which came out in October 2019.

Additionally, “The Renaissance,” will mark Super Junior’s official comeback and first return to the K-pop scene as a group in one year and five months.

YOU MIGHT ALSO LIKE: Super Junior Sungmin Reveals Plan to Have a Baby with Wife Saeun This Year + Love Story and Marriage 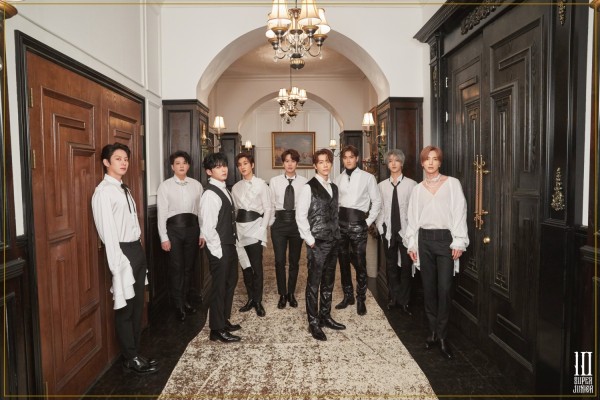 Super Junior is a long-running K-pop group under SM Entertainment that made its debut in November 2005. As of writing, the band has nine active members: Leeteuk, Yesung, Shindong, Heechul, Donghae, Eunhyuk, Siwon, Kyuhyun, and Ryeowook.

Are you excited about Super Junior’s forthcoming and much-anticipated comeback? Which album version are you going to purchase? Spill it in the comments!