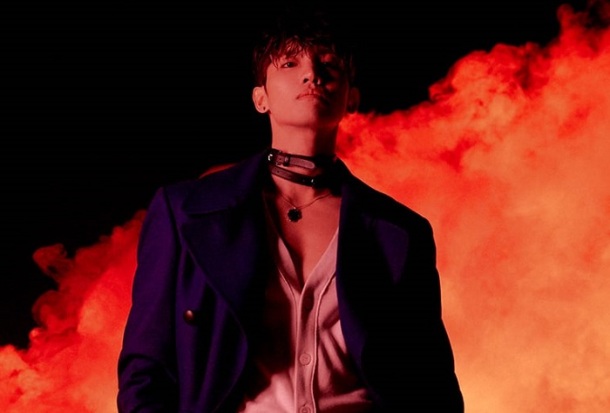 Most of SM Entertainment’s solo releases could be classified as such: ballad, ballad, rock ballad, piano ballad, retro ballad, etc. Given this, it was only natural for me to expect yet another ballad from TVXQ’s Changmin. After all, that’s already his sweet spot. But, when the teasers for Chocolate started dropping, my hope renewed. Then, I found out that the track was written by personal favorite Thomas Troelsen, with additional arrangement from Yoo Young-Jin. Yes, please! This is the same team who worked on Yunho’s excellent solo last year, as well as many TVXQ classics. But sadly, Chocolate doesn’t feel like a classic. It’s not bad, but it’s a weird little track that doesn’t quite know what it wants to be.

Changmin’s voice has always filled me with pathos. On one hand, he’s responsible for some of the most goosebump-inducing moments in K-pop. When he belts it out just right, he’s one of the most iconic performers of our generation. Yet, there are also times when his tone can come across as overly shrill. It’s a fine balance, and often depends on the arrangement of the song itself. Chocolate’s introduction utilizes this polarizing voice with aplomb. It’s vampy, it’s unusual, and it’s completely over-the-top. I would’ve loved to hear this brief bit of madness being repeated as Chocolate’s actual chorus. Alas, this wasn’t to be.

Instead, Chocolate unveils a much more minimalist series of hooks. The verses have a nice groove to them, mixing rhythmic melody with odd bits of spoken-word. The track’s centerpiece comes in the form of a robust pre-drop refrain. It’s here that the vocals steer just short of shrill, but the layering definitely helps. In comparison, the stuttering hook that follows is a bit of a buzzkill. It’s absolute fine – and even a little funky – but doesn’t really draw on Changmin’s strengths in the way that Chocolate’s engaging opener does. Still, I always appreciate a good left turn, and I’m happy that this long-awaited mini album is spearheaded by a dance track.

EXO’s Chanyeol and Sehun Got Drunk on Soju and Live-Streamed Their Adorable Selves at...