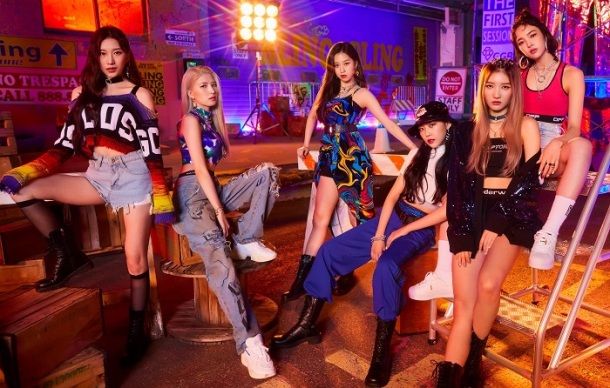 In the expansive hall of dubious K-pop group names, Bling Bling takes a prestigious place. It’s not a great idea to fashion your identity around slang in the first place. But, it’s even more baffling to use outdated slang. Bling Bling sounds pretty silly. Yet, I’ve learned not to dwell on misguided monikers. After all, one of my favorite songs last month came from a group called DRIPPIN.

The proof is in the pudding, and if debut single G.G.B was incredible, these girls could add as many blings as they want. Unfortunately, the track is a bit of a mess. It has some great moments, but they’re sabotaged by a few unwelcome turns. On the plus side, I think the girls themselves have a lot of potential. Though there isn’t much sustained singing to be found within G.G.B, I enjoy the general vocal color. When the members perform in unison, they’ve got a blend that feels different than most current girl groups.

If G.G.B had stuck to the style of its opening verse, I think it could have been a pretty cool debut. And though I’m less impressed with the call-and-response structure of the chorus, I do like the delivery. Sadly, this is followed by a cluttered beat drop. The production here is fine, but the central hook begins to wear a little thin. About halfway through, G.G.B just devolves into the same line over and over. The arrangement changes a bit, but the hook would have been more effective if used sparingly.

NCT’s Hendery Shows Off Sexy Side In “Vogue” Photos, And No One Was Ready – KpopHit