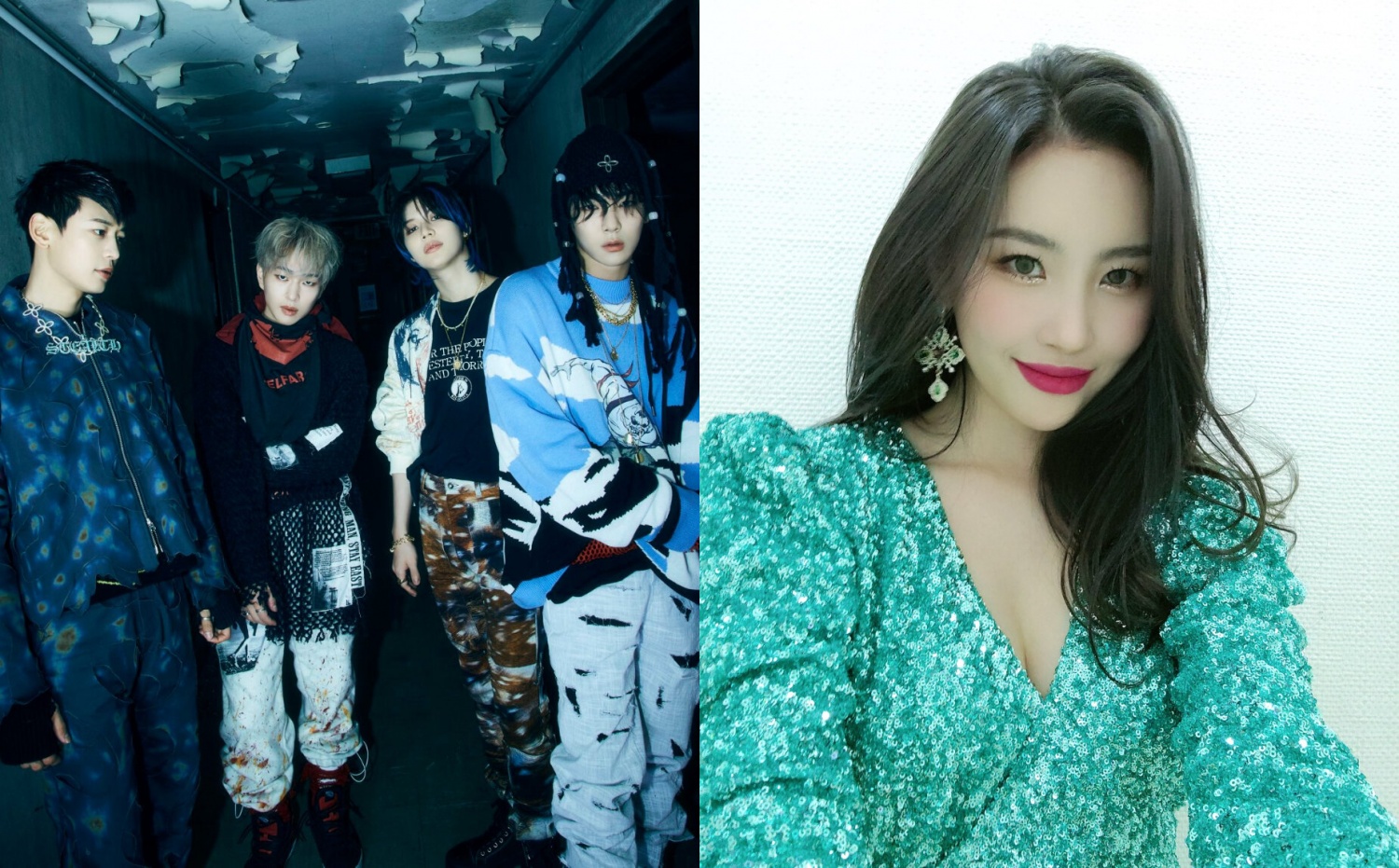 K-pop acts have been landing entries on lots of charts, either domestic or international, with every song or album they release, proving that South Korean artists are getting more recognition than ever. Recently, SHINee, Sunmi, Kang Daniel, and BTS have made it to the latest iTunes top 40 music videos chart, being amongst the MV with the most sales on the platform at the moment.

SHINee has made their much-anticipated comeback after two years and six months. The quartet released a new album titled “Don’t Call Me” that consists of nine tracks of different genres. One of the singles in the album has the same title as the album and it serves as the title track.

SHINee’s new song “Don’t Call Me” is defined as a dance track based on hip hop that uses both 808 bass sounds and a vocoder effect. Written by Kenzie, the single conveys the feelings of someone who was betrayed by love. On the same day of the album’s release, Feb. 22, a music video was dropped for the title track. As of Feb. 27, the MV has exceeded 19 million views, becoming SHINee’s first MV to reach this milestone.

What’s more, on the latest iTunes Top 40 music videos chart, the music video for SHINee’s new song “Don’t Call Me” came in at No. 4. This shows how much the MV for the song is in demand on the platform. SM Entertainment’s boy group is the highest-ranking K-pop band and artist on the said iTunes chart.

Besides SHINee, three more K-pop acts entered the said chart, with two music videos recently released and the other one is already a five-month-old. Sitting at No. 21 is Sunmi’s “TAIL” MV, which was dropped on Feb. 24 together with the solo artist’s new single album of the same name.

“TAIL” is the comeback song of Sunmi, who wrote the lyrics of the single alongside FRANTS. It makes use of the characteristics of a cat to define a woman who is confident, bold, and instinctive. As of press time, the K-pop act’s “TAIL” MV has surpassed seven million views.

YOU MIGHT ALSO LIKE: BTS, aespa, and More: K-pop Radar Unveils the 10 Most-Viewed Music Videos for the 7th Week of 2021

Another new music video made it to the latest iTunes top 40 music videos chart – and it is none other than the MV for Kang Daniel’s new song “PARANOIA.” In particular, the “PARANOIA” MV claimed the No. 35 spot on the rankings.

The male idol was revealed to have written the lyrics of the track, which conveys the pain, agony, and conflict he went through in life. The music video for Kang Daniel’s “PARANOIA” has 24.7 million views in more than a week since it was released on Feb. 16.

Last but not the least, Big Hit Entertainment’s seven-piece boy group, BTS, has also successfully entered the said iTunes chart. The septet scored the No. 37 position with its hit “Dynamite.” What makes this incredible is that the music video for BTS’s “Dynamite” was launched on Aug. 21, 2020, which is five months ago now, yet it continues to be one of the top music videos on iTunes. As of Feb. 27, the MV has 876.5 million views.

TWICE’s Jeongyeon Is Such A Prankster, She Once Pulled Three Pranks In A Single Day – KpopHit