JTBC’s new drama “She Would Never Know” has revealed new stills ahead of the upcoming episode!

In the newly released stills, Chae Hyun Seung, Yoon Song Ah, Lee Jae Shin, and Lee Hyo Joo are at the wedding dress shop Hara, which is owned by Chae Hyun Seung’s sister Chae Ji Seung (Wang Bit Na). Yoon Song Ah is stunned that her lover is at a wedding shop with another woman. Chae Hyun Seung, who is secretly in love with her, seems anxious and worried, and he’s disappointed that he can’t do anything for her as a mere colleague.

In contrast, Lee Jae Shin and Lee Hyo Joo are blissful and happy as they make wedding preparations. Lee Jae Shin gazes at awe at his beautiful bride who is wearing a glamorous wedding dress. Viewers are eager to watch the next episode in order to find out how Yoon Song Ah will deal with the betrayal and cope with the heartbreak. 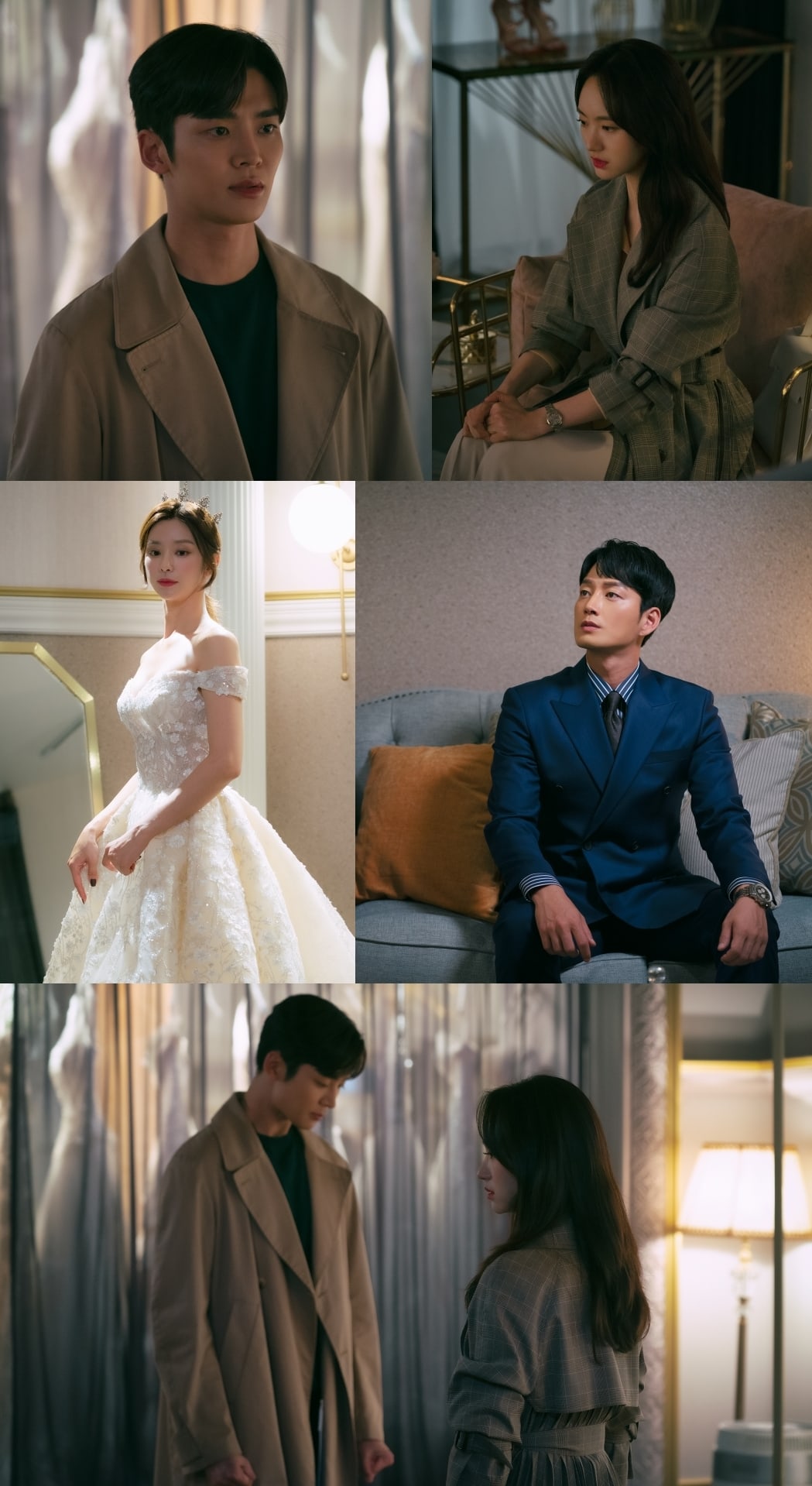 The second episode of “She Would Never Know” will air on January 19 at 9 p.m. KST.

In the meantime, watch Won Jin Ah in “Melting Me Softly“: