After having seen and experienced many things in the K-Pop industry, a former female idol group member reveals her side of the story about topics that many fans may be interested in.

Serri (DALSHABET), after leaving her old agency Happyface Entertainment, has been busy on YouTube, and one element about her video contents that has been gaining a lot of interest from viewers is her talks on her experience working in the K-Pop entertainment industry. 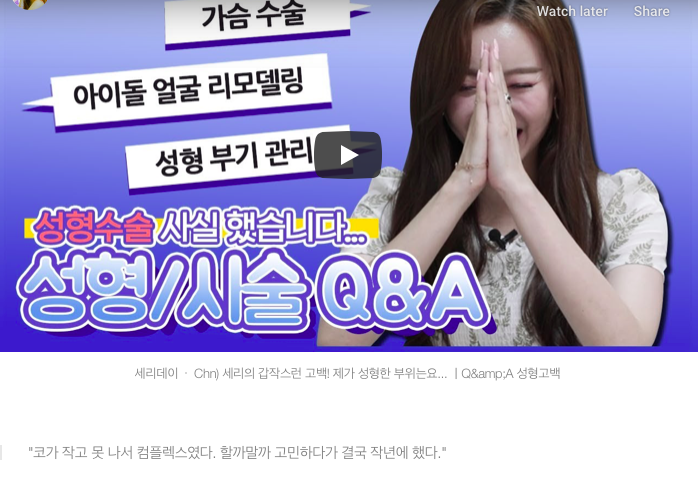 “I’ve always felt self-conscious about my nose because it was small and ugly. I’ve contemplated on getting cosmetic surgery on my nose several times, and eventually ended up getting it last year.”

And many people may also wonder how K-Pop idols manage their hair, as it goes through a lot of different kinds of dyeing and bleaching process.

How do they keep their hair while doing so much to it so often? 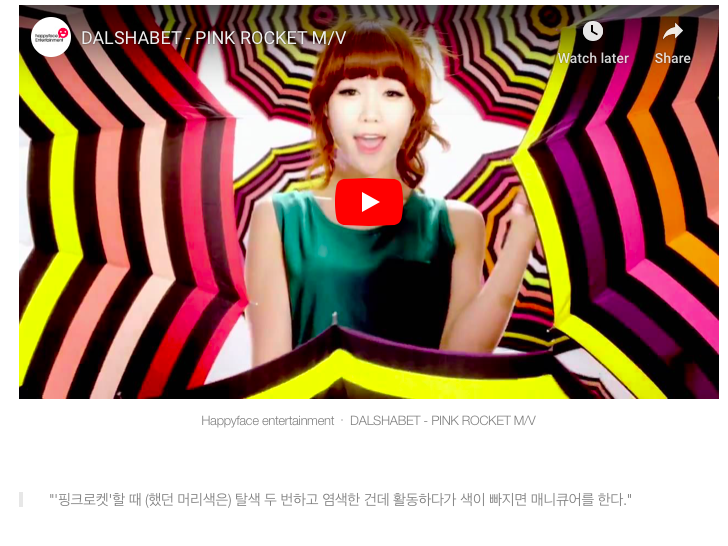 “During the Pink Rocket promotions, I bleached my hair twice and dyed it once. If the color started to fade, I got it manicured.”

“Some products I recommend are Moroccan oil, apply on your hair after washing your hair. S.A.A.T Insight hair cream and some hair essence is very useful and I always apply it. If there are too many split ends, I go for a hair cut.”

Which broadcasting station was her favorite?

It turns out her favorite was SBS, and ‘Inkigayo’ was also her favorite stage to perform. She stated that KBS broadcasting station also was quite decent as the camera works were easy to work with. However, she did not favor MBC ‘Music Core’ because the LED light was much too bright and made her skin look a little dark.

So where do idols go to secretly date or flirt? According to Serri, idols often met up at hair and makeup styling shops.

You can check out her videos below for more contents.