Comedian brothers Yang Se Chan and Yang Se Hyung opened their own YouTube channel about two months ago, and on the December 9 episode of “Running Man,” Yoo Jae Suk shared that the channel had been mistakenly categorized as kids’ content by YouTube.

Kim Jong Kook laughed as he commented, “They saw a glimpse of them and thought it was a kids’ show.”

HaHa added, “The computer automatically categorizes [channels] on its own, and since [their channel] is classified as a kids’ channel, people aren’t free to leave comments on it.” Yang Se Chan confirmed, “The comments are really blocked.”

Amazed by the story, Lee Kwang Soo asked, “You two were playing billiards, but you were categorized as kids’ content?” Yang Se Chan said, “Only the V-logs were,” drawing laughter from the cast. 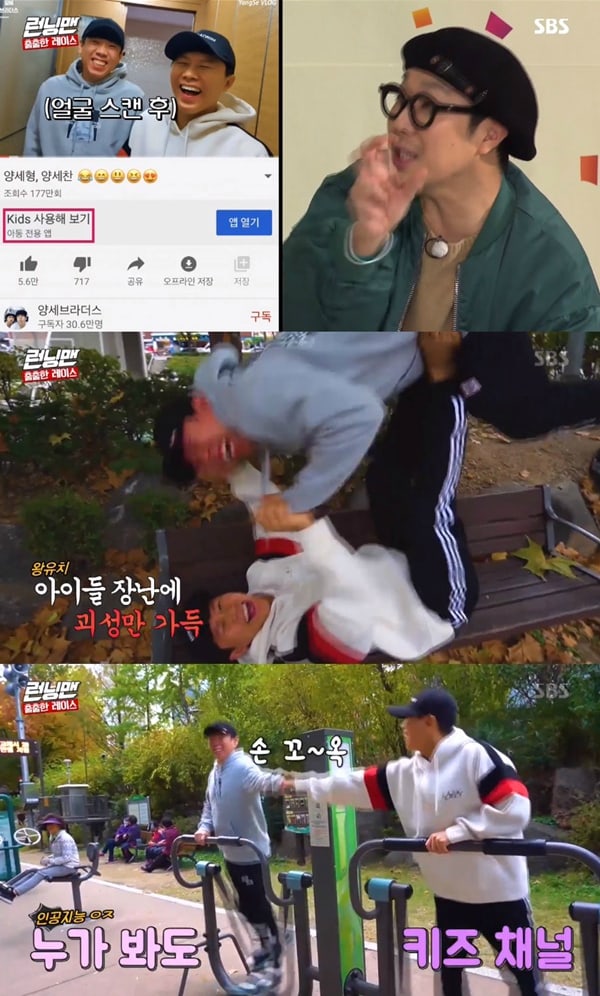 Watch the full episode of “Running Man” below!