Professional figure skater You Young has made it clear that she is absolutely head-over-heels for BTS member V.

The sixteen year old figure skater has won multiple awards including sweeping away the gold medal for women’s figure skating this year at the Youth Olympic Games.

In addition, she has won four national titles as well. 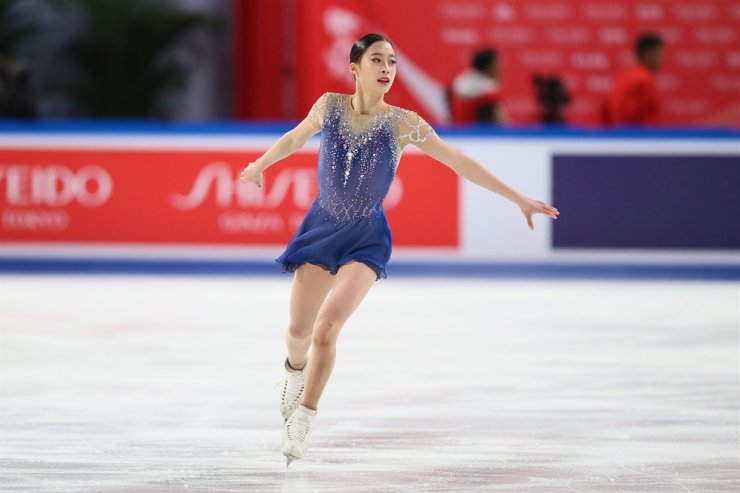 So how big of an ARMY is You Young? During a recent interview, she stated:

“I love BTS. I like both their music and choreography. I love Jeon JungKook and Kim TaeHyung. They’re so handsome and amazing at singing and dancing. Favorite song? I can’t choose, I like all of them.” When asked if she would say yes to V asking her out on a date, she replied saying:

“Yes, of course. Even if it means getting hate from their fans, it can’t be helped. It would probably be the only time I’d ever get too see him in my life.”

Kind of hard to argue with that logic, right? Who wouldn’t say yes to a date with one of the most handsome and popular K-Pop idols in the world?

You Young hopes to become successful and make a lasting impact much like the way BTS did, and has cited the K-Pop idol group as one of her biggest inspirations as she works hard on her career.

Watch: Kim Bo Ra And Joo Sang Wook Get Intimate In Preview With A...

GOT7 Writes Touching Messages To Fans On 6th Anniversary – KpopHit

Here’s All The Nonsense Jin Put Up With At BTS’s GRAMMYs After Party –...

Here’s Everything You Need To Know – KpopHit

Big Hit apologize for Jim Jones sample in Suga’s “What Do...