On October 19 at midnight KST, Park Ji Hoon released his first teaser for his upcoming first solo full-length album. He also revealed that the upcoming album, which will be entitled “Message,” will drop on November 4 at 6 p.m. KST.

Park Ji Hoon’s intriguing comeback poster bears the English definition of the word “message”: “A verbal, written, or recorded communication sent to or left for a recipient who cannot be contacted directly. A significant point or central theme, especially one that has political, social, or moral importance.” 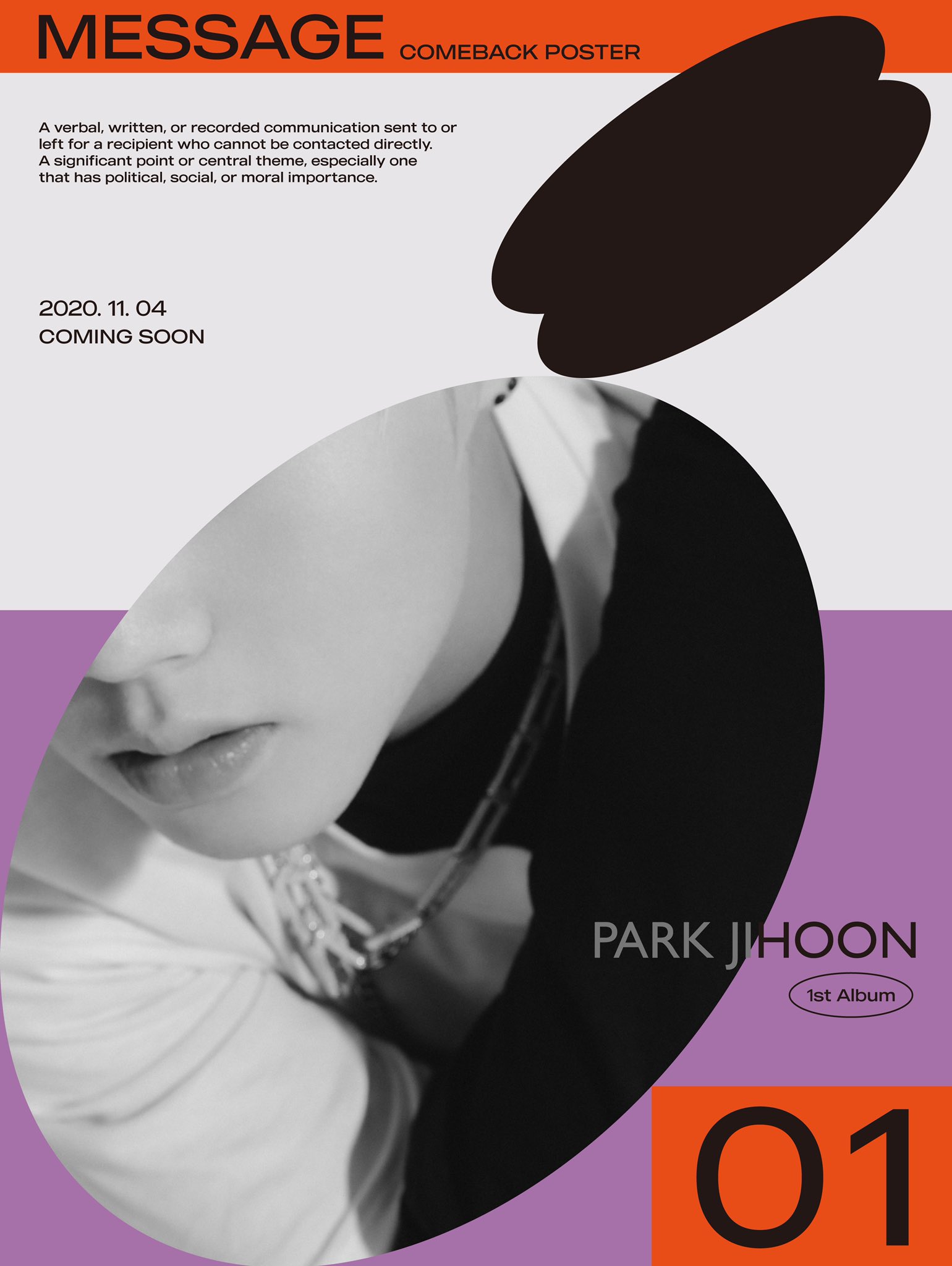 Park Ji Hoon’s last comeback was in May of this year, when he released his third mini album “The W” featuring the title track “Wing.”

Are you excited for Park Ji Hoon’s comeback? What kind of music would you like to see from him? Share your thoughts below, and stay tuned for updates!

SEVENTEEN Flexes Their Power With Over 1.1 Million Stock Pre-Orders Of Their Special Album “; [Semicolon]” – KpopHit

Suzy, Nam Joo Hyuk, And Kim Seon Ho Are On The Verge Of A Complicated Encounter In “Start-Up” – KpopHit