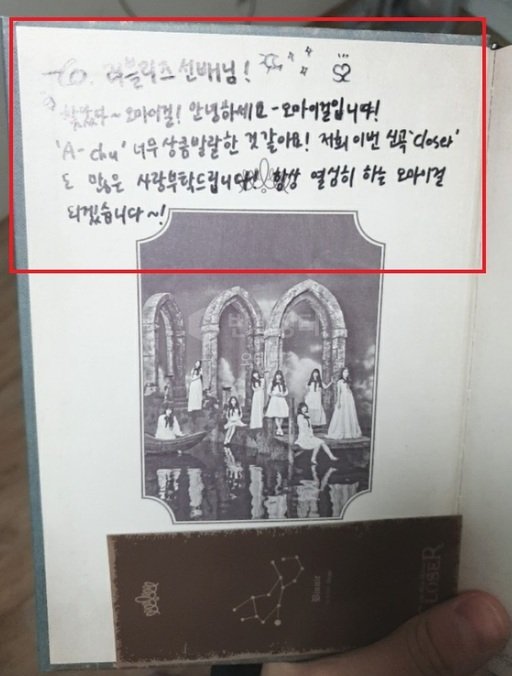 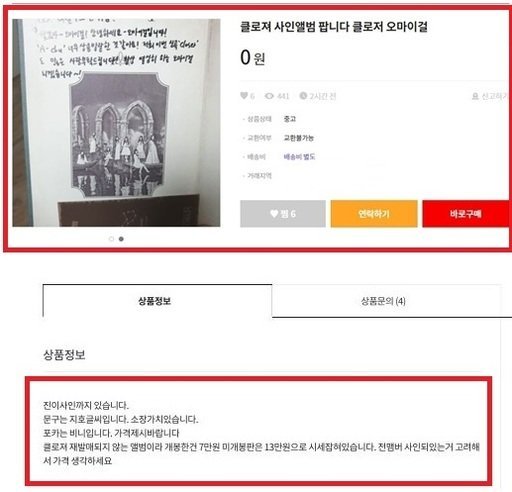 4. [+192, -18] It’s not spelled ‘a chu’, it’s spelled ‘a choo’. Jiho pays attention to detail so this isn’t a mistake that she would make. And the CD was gifted with only the group’s name? None of the member names? Doesn’t this smell fishy?

5. [+157, -13] Something smells fishy about this… There are people who sell CDs by forging signatures… and just like the other comment mentioned, it’s not ‘a chu’, it’s ‘a choo’. I don’t think they’d make a mistake like that.

7. [+118, -8] It doesn’t make sense because Oh My Girl’s leader and Lovelyz’s Mijoo are basically real life friends. I think someone’s trying to rig up a fandom war.

8. [+105, -4] The ‘a choo’ spelling is different, there are no other signatures… maybe it’s a CD that they made a typo on while signing so they were going to trash it but an agency staff or someone else took it and are attempting to sell it… or maybe this whole thing is set up to start a fandom war.

9. [+92, -6] If this is true, I’m sure their agency will say something like they lost it while moving dorms or a company staff took it after quitting… the members from both groups are super close and I remember Lovelyz showing off their autographed Oh My Girl CD last year too.

10. [+92, -4] Idols are hyper aware of public sentiment, it makes no sense that they’d ever put up a CD gifted to them by a peer to sell like this. It’s unfair to hate on Lovelyz without checking what actually happened. 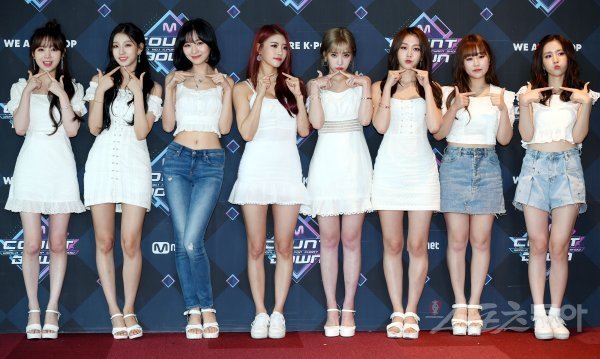 Article: Woollim, “We have determined that Lovelyz’s autographed CD was stolen, we have requested police investigation”

4. [+58, -3] I don’t think it was stolen, I think this whole thing’s a set up. The spelling is different, idols normally write letters on the inside of the jacket cover, not the actual cover… either way, get an investigation going and start suing the hate commenters.

5. [+50, -2] I don’t care about Lovelyz or whatever but it makes no logical sense for anyone to be selling a CD they were gifted. For what, a few bucks?? Especially when they know that it could get out like this to the public?? Use your brains before hating.

7. [+30, -3] Whether it’s a set up or not, it’s not something the agency can immediately check so they have to claim it’s theft for now to get the police involved. I personally think it’s a set up.

8. [+26, -3] The song name is wrong, there are no member autographs, it was listed on the 25th and got out to the media immediately after? Something’s fishy.

9. [+23, -5] They probably had the CD lying around somewhere and a staff member at a broadcast hall took it. Come on, how many singers do you actually think keep all of the CDs that their juniors gift them? Imagine how many CDs would pile up with every comeback…

10. [+16, -0] Then what does this mean? That they really gifted a CD where they wrote their own song title wrong? I seriously think it’s a CD they typo’d and meant to throw out but someone picked it up to sell. Seems like they want an investigation only because so much time has passed and neither agencies remember what happened with it.