Most Popular Idols On Kpophit – 4th Week Of February – KpopHit Are you curious about the rankings of K-Pop idols and groups on Kpophit?

Kpophit has come out with our very own weekly ranking based on our view counts over a period of one week. Based on the 4th week of February data, here are the top 10 most popular K-Pop idols and groups on Kpophit.

Let’s take a look below! 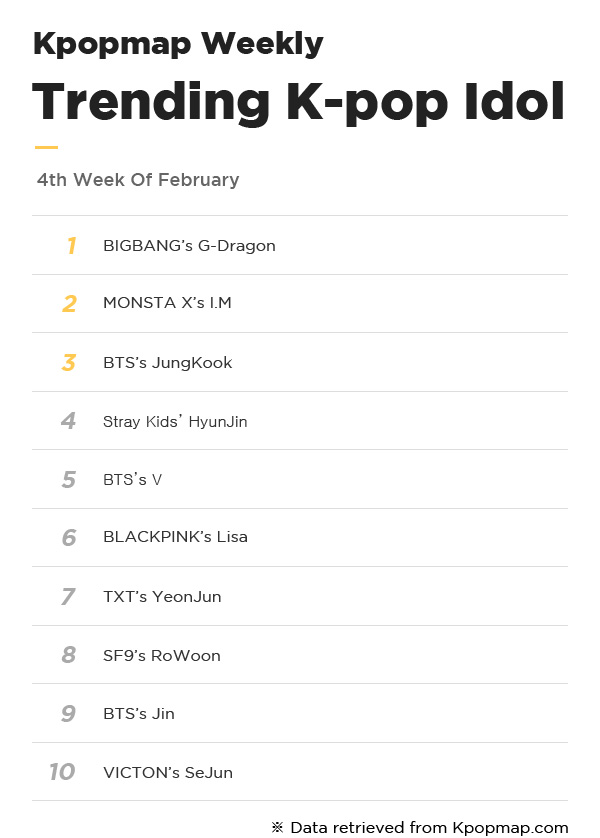 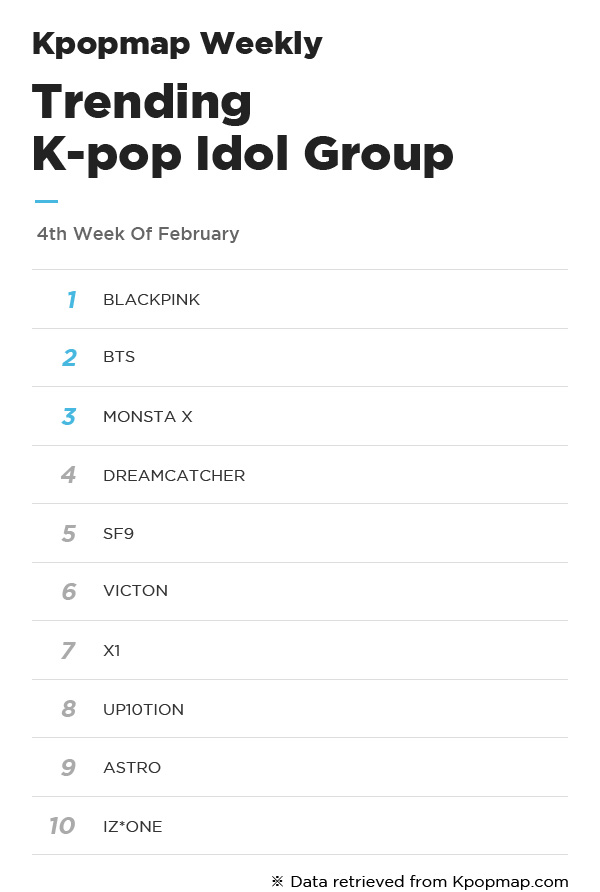 As for K-Pop groups, BLACKPINK
, BTS and MONSTA X had garnered the most interest from our views.