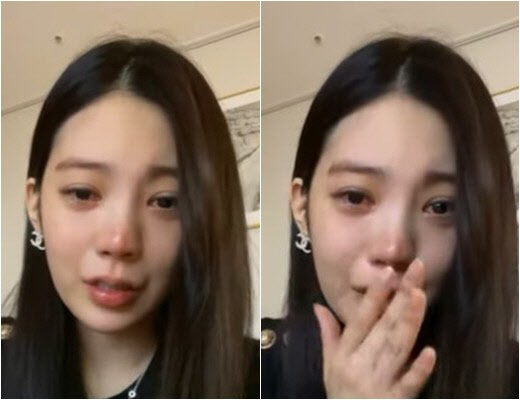 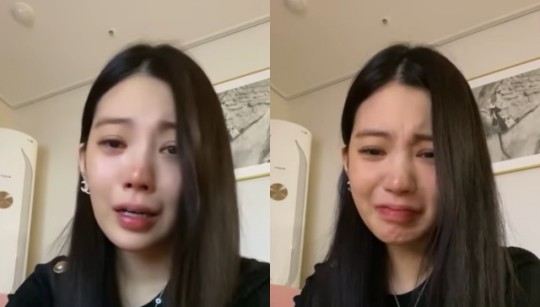 Lizzy on Instagram live: “Sorry for disappointing you guys. The taxi driver wasn’t that injured but the news made it seem like they were. There were a lot of comments telling me to die, too. I’m so sorry. I know that I did something bad and I’m really sorry. My life is over.”

1. [+1,973] It doesn’t matter how much the taxi driver was injured.. it matters that you were drunk driving at all ㅠㅠ

4. [+655] It wasn’t even your first time… You almost ruined the life of someone who was working hard. Their family almost lost him. This is nothing for you to be sobbing about.

5. [+517] She was drunk to the point of getting her license canceled ㅋㅋㅋㅋ and yet she’s here like “well he wasn’t that badly injured so”…

7. [+156] Your life is over? Are you a psychopath who didn’t think about what would happen if you got in a car drunk just to save a few bucks in taxi fees?

8. [+89] You’re really blaming the taxi driver right now when you were the one chose to drink and drive? Are your tears even real? Do you realize what could’ve happened if someone did actually die from your actions? Their life would’ve been over, not yours.

9. [+110] What is she even crying about? Noh Hong Chul caused a drunk driving accident that left no one injured and yet he still left one of the biggest TV shows of his time.

3. [+1,328, -22] To imagine her putting on her Chanel earrings and necklace in the mirror before turning on her live to shed tears on… so fake

4. [+1,197, -18] Did you not consider the risks when you got behind the wheel drunk? You’re lucky nothing worse happened, you basically almost committed murder. It feels wrong for you to use your emotions like this.

5. [+171, -2] So your life is over just because you can’t be a celebrity anymore??? There are so many people who live happy and fulfilling lives while working part-time waitressing jobs… what do you think they’ll think of you??? Just reflect on your mistakes and live like any other human being… Don’t sob out your tears in hopes of somehow staying relevant.

1. [+1,309, -27] Doesn’t really sound like she’s apologizing for anything??? More like whining about her situation… Why not just write a post instead of crying on live ㅋㅋ she must be low on money now.. just trying to bait people into letting her comeback ㅋㅋ Guess we’ll see her on YouTube soon..

2. [+739, -10] The fact that she says “they weren’t even that badly injured” doesn’t make this sound like an apology. She sounds like she’s whining about what the news said. Too bad all drunk driving is attempted murder.

5. [+43, -0] No matter how badly someone was injured, she should be blaming herself for drunk driving at all. She doesn’t seem to understand how serious her crime was. She’s not crying out of regret over her actions but out of how unfair she thinks justice was dealt to her.

Kim Go Eun, Ahn Bo Hyun, And “Yumi’s Cells” Director Dish On Their Chemistry & What To Look Forward To – KpopHit