The twists and turns of the suspense and romance in “Flower of Evil” continue to keep fans at the edge of their seats!

“Flower of Evil” is a thrilling drama about a man named Do Hyun Soo (Lee Joon Gi), who lives under the identity of Baek Hee Sung to hide his past, and his detective wife Cha Ji Won (Moon Chae Won). As the show gets closer to its finale, tvN shared stills of the leading couple that highlight key moments and put the spotlight on their incredible chemistry.

Do Hyun Soo and Cha Ji Won had a picture-perfect home life with their beautiful daughter, but it all fell apart because of the case of the Yeonju serial killer. Do Hyun Soo had been living his life as the sweet and kind husband Baek Hee Sung and Cha Ji Won had seen no reason to doubt him, but when she began to suspect him, everything changed.

She started to quietly observe him without making her suspicions obvious, and she aimed to confirm his true identity by trailing him and putting a GPS tracker in his watch. Meanwhile, Do Hyun Soo continued to act the part of the perfect husband in front of her, unaware of her doubts. This unique and tense situation packed the first chapter of the drama with thrilling suspense.

Despite her suspicions, when Do Hyun Soo’s life was in danger after being kidnapped, Cha Ji Won didn’t hesitate to dive into the water to save him, as her love for him was greater than her feeling of betrayal over being fooled. The suspense kept up as Cha Ji Won continued to question the true identity of her husband and Do Hyun Soo did whatever it took to continue to live as Baek Hee Sung. 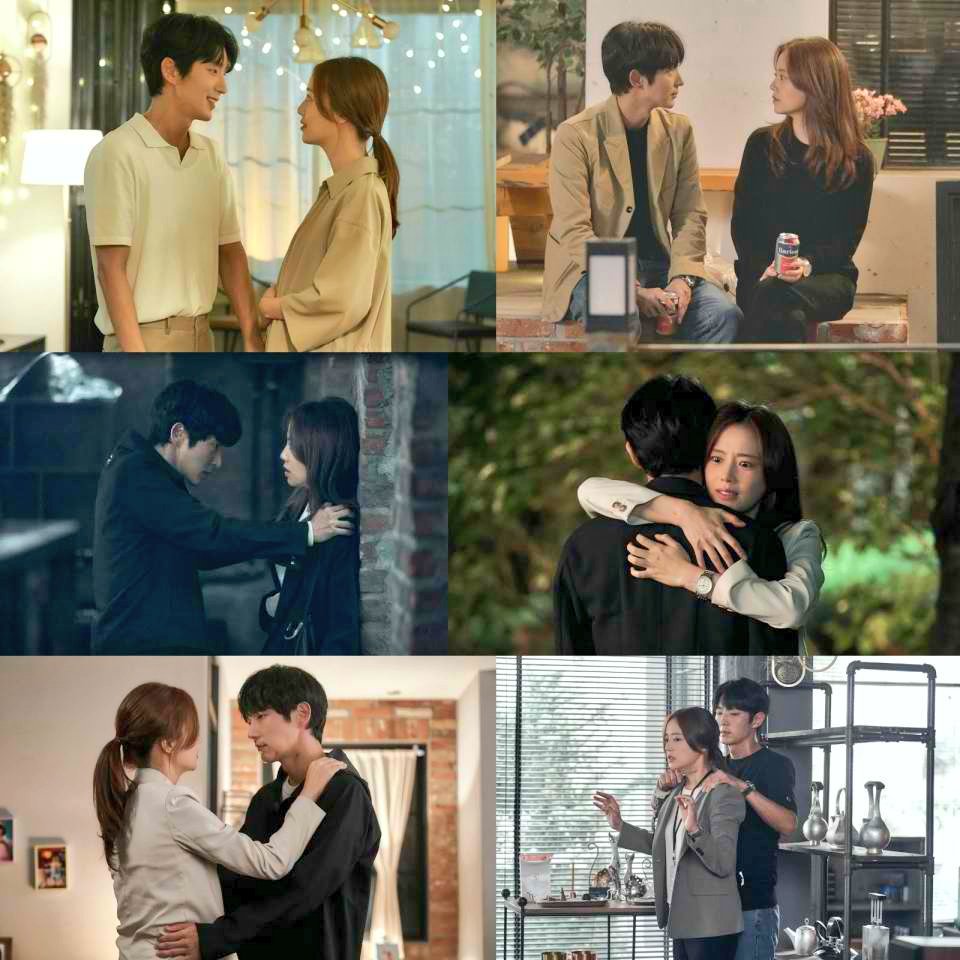 Do Hyun Soo was determined to find the real accomplice in the Yeonju serial killer case and set himself up as bait. While he managed to avoid a close call with death once again, he ended up in danger of being arrested. However, Cha Ji Won created an opportunity for him to escape. This made him realize how much he loves her and how much she loves him. Do Hyun Soo’s frozen heart began to thaw as he cried, and the heartbreaking feelings between them brought viewers to tears too.

After realizing their true feelings for each other, they faced another crisis when the real Baek Hee Sung (played by Kim Ji Hoon) set Do Hyun Soo up to take the blame for the murder of a housekeeper. Cha Ji Won fell for his evidence and this time, she intended to arrest Do Hyun Soo herself. Do Hyun Soo said to her, “If even you don’t believe me, then who in the world would?” and shocked viewers by placing a knife to her throat.

Fans have fallen in love with this suspenseful drama that follows the pair’s transformation from a happy married couple to a detective and murder suspect. With Do Hyun Soo now unable to even trust the person he loves and Cha Ji Won having to arrest him herself, viewers are heartbroken by this latest development in their story but eagerly waiting to find out what happens.

With Lee Joon Gi and Moon Chae Won’s characters being put to the test once again, their tale continues in episode 14 which will air on September 16 at 10:50 p.m. KST.

Watch “Flower of Evil” below!