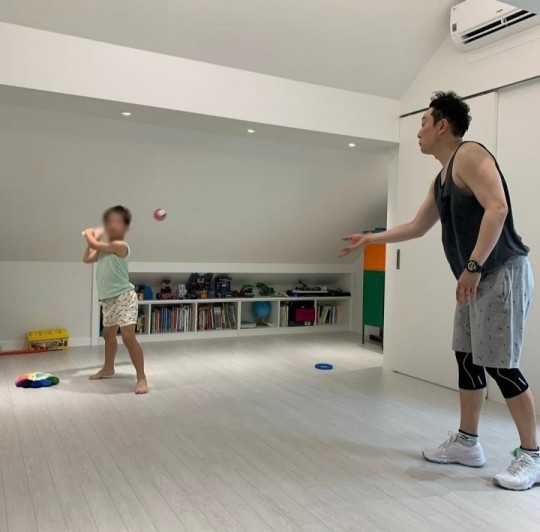 2. [+3,428, -39] I remember watching an old variety show that revealed Lee Hwi Jae’s high school records and a teacher described his personality as ‘selfish’. I always wondered just how selfish you’d have to be for a teacher to write something as explicit as selfish but here he is playing baseball at home in his sneakers despite receiving 5 noise complaints from his neighbors.

3. [+2,808, -47] The apology is an even bigger mess. She’s leaving comments like “we do stuff for them, what’s the issue?”, “we’re doing nothing wrong, our homes are just built weak”, “hate on us more and we’ll just have to yell at our kids more too”… did she think the public would take her side or something? Wake up, Moon Jung Won-ssi. Being a celebrity does not grant you any special perks.

4. [+1,136, -27] It’s so important to teach your kids to be considerate of those around them. I can’t believe how much trash like them exist in the celebrity world.

5. [+737, -3] I sometimes think celebrities bear the brunt of a lot of unfair scandals but they have no excuse for this one. You clearly see him playing baseball with shoes on in the house… What’s hilarious to me is that the wife knows that they’ve been receiving noise complaints from their neighbors and yet she didn’t think about that before posting pictures like this? It’s crazy to me that someone can even act like this at home, let alone post a picture of it too.

7. [+335, -5] I seriously don’t understand how Lee Hwi Jae is still on TV after all the hate he gets.. he must have a huge sponsor or something. Sick of seeing him.

8. [+325, -6] Moon Jung Won’s comments are even funnier ㅋㅋㅋㅋ she acts like she did everything she could to appease her neighbors but they just won’t let up~ instead of selling all that crap on her Instagram, she should work on improving her character. I always assumed they lived in a single home with the way they’re always posting pictures of themselves working out and doing activities inside.

2. [+238, -3] I really have no more words to say about this couple. They’re always on the chopping block for one thing or another ㅋㅋㅋ

3. [+223, -5] Wearing sneakers at home… no consideration or basic sense. And they only now ordered play mats? Did they only just give birth to the twins?

4. [+156, -4] Must be hard for the floor below them to have to hear people playing baseball with sneakers on up stairs~

5. [+45, -2] What? Are they that stupid??? None of us are telling you to yell at your kids more!!! We’re asking why you never installed a play mat on the floors. And why you’re playing baseball indoors??! Do you have any common sense? What do you think your kids are learning from you!!! Do you think you and your kids are the only ones dealing with the pandemic right now???