“L.U.C.A.” is about a man named Ji Oh (played by Kim Rae Won) who is being chased because of his special abilities, and a violent crimes detective named Gu Reum (played by Lee Da Hee) who is the only one who remembers him. Other actors in the cast include Kim Sung Oh, Kim Sang Ho, Park Hyuk Kwon, Ahn Nae Sang, Jin Kyung, Jung Da Eun, Kim Min Gwi, and Lee Joong Ok.

Lee Da Hee’s character Gu Reum is a charismatic violent crimes detective who is determined to uncover the truth behind her parents’ disappearance. Fans are excited to see her play a detective once again, and she will immerse into her new role to showcase bold charisma and thrilling action scenes.

The new stills show a glimpse of the strong and persistent side of Gu Reum. Her gaze is sharp and cold, and she strides towards something with a pulsing aura that promises an interesting showdown. Despite being covered with wounds, she doesn’t show any signs of weakness or exhaustion. 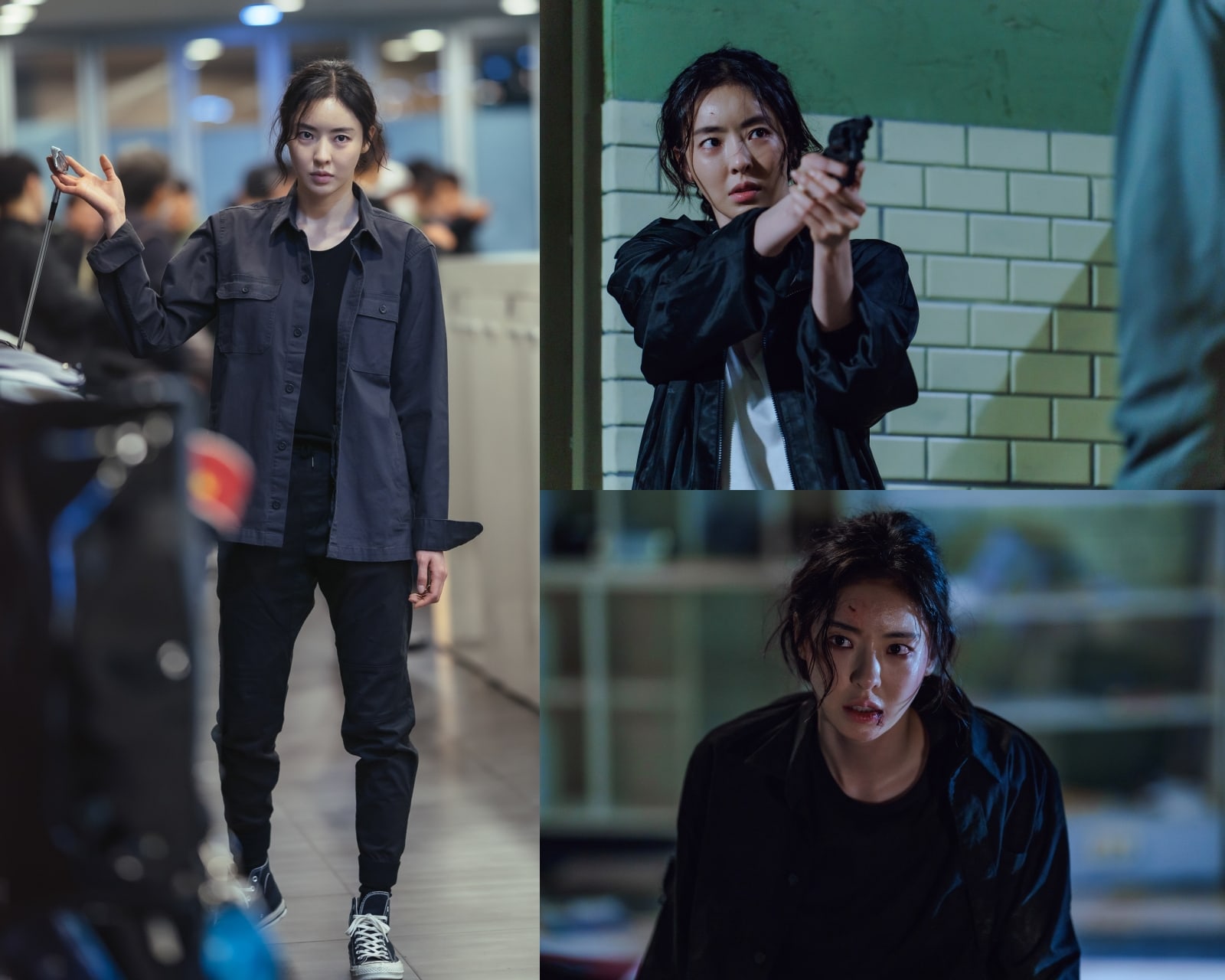 Lee Da Hee shared why she decided to appear in this drama, saying, “I liked the genre and character, but I was even more resolved to star in it because of director Kim Hong Sun and writer Chun Sung Il.”

She also talked about her character Gu Reum. She said, “Gu Reum is active rather than passive, and I think her cool and refreshing sides are charming.”

In the meantime, watch Lee Da Hee play a detective in “Mrs. Cop”: