“Royal Secret Agent” is about a secret royal inspector who goes undercover in the provinces to bring justice, uncover corruption, and solve the people’s problems. Kim Myung Soo stars as Sung Yi Kyum, the secret royal inspector, Kwon Nara stars as Hong Da In, a damo (woman who works in a government office) in disguise as a gisaeng (courtesan), and Lee Yi Kyung stars as Park Choon Sam, Sung Yi Kyum’s servant.

Previously, the secret royal inspector team launched an investigation after learning that a series of murders were taking place against women and children. They realized that some people had been enjoying the hallucinogenic nature of the poppy flower and killed the woman who tried to report them. Sung Yi Kyum and Hong Da In are unveiling the terrible misdeeds one by one and stepping closer to the truth. However, the two will stumble upon another dangerous situation before they can solve the crime.

The newly released stills depict Sung Yi Kyum in trouble. His hands are tied together, and Choi Byeong Seo (Han Dong Gyu), who was cooperative with them before, holds a knife to his neck. Hong Da In aims an arrow at him, and her eyes are filled with a mix of determination and uneasiness. The truth is that she has poor archery skills, so it’s nerve-wracking that Sung Yi Kyum’s face is in her hand. Why did Choi Byung Seo suddenly change his attitude towards them, and will Hong Da In be able to rescue Sung Yi Kyum? 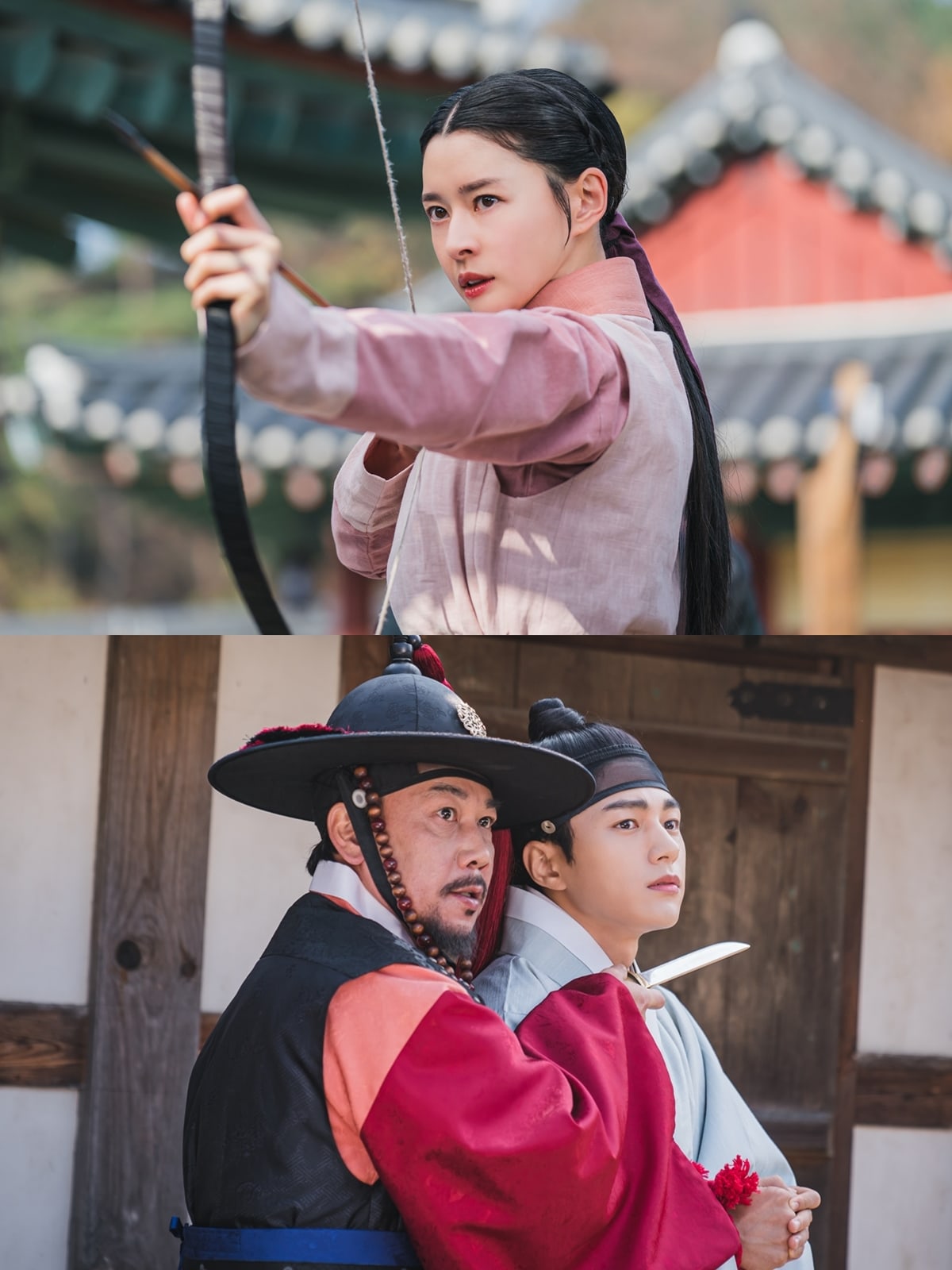 In the meantime, watch Kim Myung Soo in “Miss Hammurabi“!