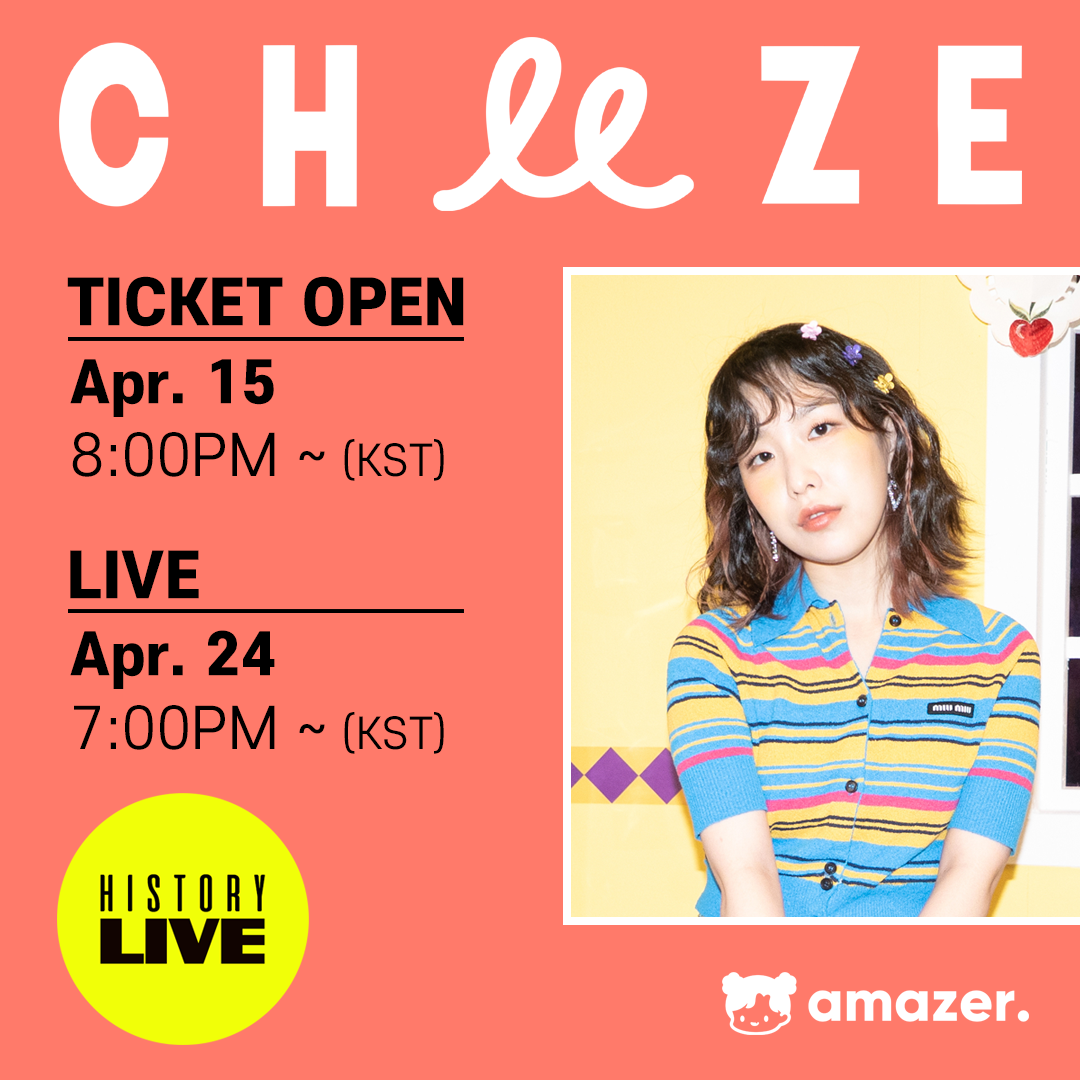 CHEEZE will be sharing her music, and her story through the “History Live” virtual concert, in partnership with Amazer – and tickets are now available online!

Starting April 15, 8 PM KST, the ticket reservations are now available through the Amazer App, as well as on Interpark Ticket and Melon Ticket. Fans can avail of an Amazer VIP package that includes three voice messages from CHEEZE herself – a rare token that shows her easy-going charm and friendly voice in addition to reserved slots to her “History Live” concert.

“History Live” is becoming a hot trend for both artists and their respective fanbases – and CHEEZE will be the next to bring the Amazer App series to life. In this virtual concert experience, artists do not only perform their hit songs but also share stories. As with the previous installments of “History Live,” the CHEEZE experience will be divided into episodes – each detailing a specific period in her life and career and each being marked by a live performance of a song.

Some of the artists who have told their tale through journey and song include Japanese K-Pop star YUKIKA, “Sing Again #17” sensation Han Seung Yun, and singer-TV host Jang Han-Byul.

Enjoy CHEEZE as she takes over “History Live” through the Amazer App on April 24, 7:00 PM KST – available on the Amazer website, Apple App Store for iOS devices, or Google Play Store for Android devices.

Born Im Hye-Kyung, the Korean singer originally debuted as Dalchong as a member of the co-ed four-piece band CHEEZE. Together with members Cloud, Moodi, and Yasu, they debuted in December 2011 with the single “Home Alone.” The band released two studio albums – “Recipe!” in 2013 and “CHEEZE 1.5 Album Plain” in 2015 – before the three other members left the group sometime in 2016.

With Dalchong being the last remaining member, CHEEZE as a band disbanded, and she took on the name as a solo artist. CHEEZE, the solo artist, made her debut on February 20, 2017, under the Magic Strawberry Sound record label. She has then released her first album, “Plate,” on May 19, 2019, under Magic Strawberry and is set to make a comeback with “I Can’t Tell You Everything” later this year.