Ahead of his solo debut, singer-songwriter KIM WOOJIN teased what it would sound like with a audio teasers released through his agency, 10x Entertainment.

KIM WOOJIN is soon to make his solo debut with the mini-album “The moment: 未成年, a minor.” Raising the excitement of waiting fans everywhere, the artist and his agency released a pair of audio teasers for “My growing pains” and “In my space,” on July 25 and 26, respectively.

Both song samples are set to captivate fans by emphasizing what sets KIM WOOJIN apart from the rest: his vocals. 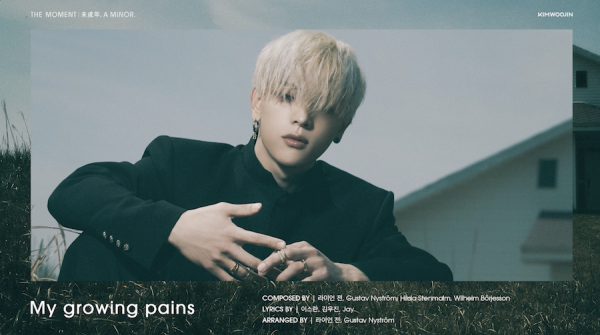 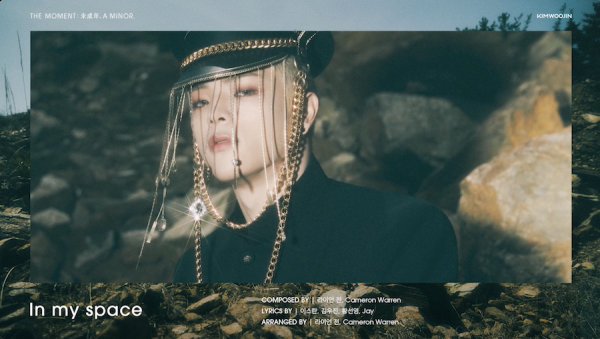 In Audio Teaser 1 “My growing pains,” audiences are treated to a 23-second sample that shows mellow vocals working well with an alternative pop rhythm with sophisticated beats.

On the other hand, his Audio Teaser 2 “In my space,” KIM WOOJIN delivers a more soulful moment in a ballad sound profile. The use of subtle piano accompaniment only highlights his vocals even more.

Additionally, the YouTube teaser shows his visuals, wearing a black leather uniform with a cap adorned with gold chains accentuating his features.

Aside from performing the songs on his album, KIM WOOJIN also helped write the lyrics to these two upcoming songs and received songwriting credits. In a statement, his talent agency 10x Entertainment announced: “KIM WOOJIN participated in writing lyrics for all the songs on this album. The album plans to capture the emotions of all of adolescence.”

KIM WOOJIN has recently made his public appearance on the MBC music program “Show! Music Core” where he performed his pre-debut single “Still Dream.”

His first mini-album “The moment: 未成年, a minor” is scheduled to be released on music streaming sites on August 5, 6 PM KST.

Rain Reveals The Story Of His Strange Audition With J. Y. Park 20 Years Ago – KpopHit