Kim Min Jae On The Contrast Between “Dali And Cocky Prince” And “Do You Like Brahms?,” Chemistry With Park Gyu Young, And More – KpopHit

Ahead of the premiere of “Dali and Cocky Prince,” Kim Min Jae sat down for an interview to discuss the drama and his role!

KBS 2TV’s “Dali and Cocky Prince” is a romantic comedy starring Kim Min Jae as Jin Mu Hak, a man who lacks schooling and book smarts but is extremely resourceful and talented at making a living. Opposite him is Park Gyu Young as Kim Dal Li, a woman who is intellectually polished and comes from an elite background but doesn’t know how to take care of herself.

Jin Mu Hak raised his family’s small gamja-tang (spicy pork bone stew) restaurant to a global food service corporation called DonDon F&B. While he lacks formal education, he has no insecurities about this and instead takes pride in his extremely good sense for money and business.

Kim Min Jae shared his first impression of Jin Mu Hak, explaining, “In sum, he felt unique and powerful. Although he lacks education and may be ignorant, he’s someone who’s professional in his work. It was interesting to watch that kind of character meet his polar opposite at an art museum and slowly change. I was also drawn to the fact that the genre was romantic comedy. I wanted to feel and convey the fun and bright energy that is felt through a comedic personality.” 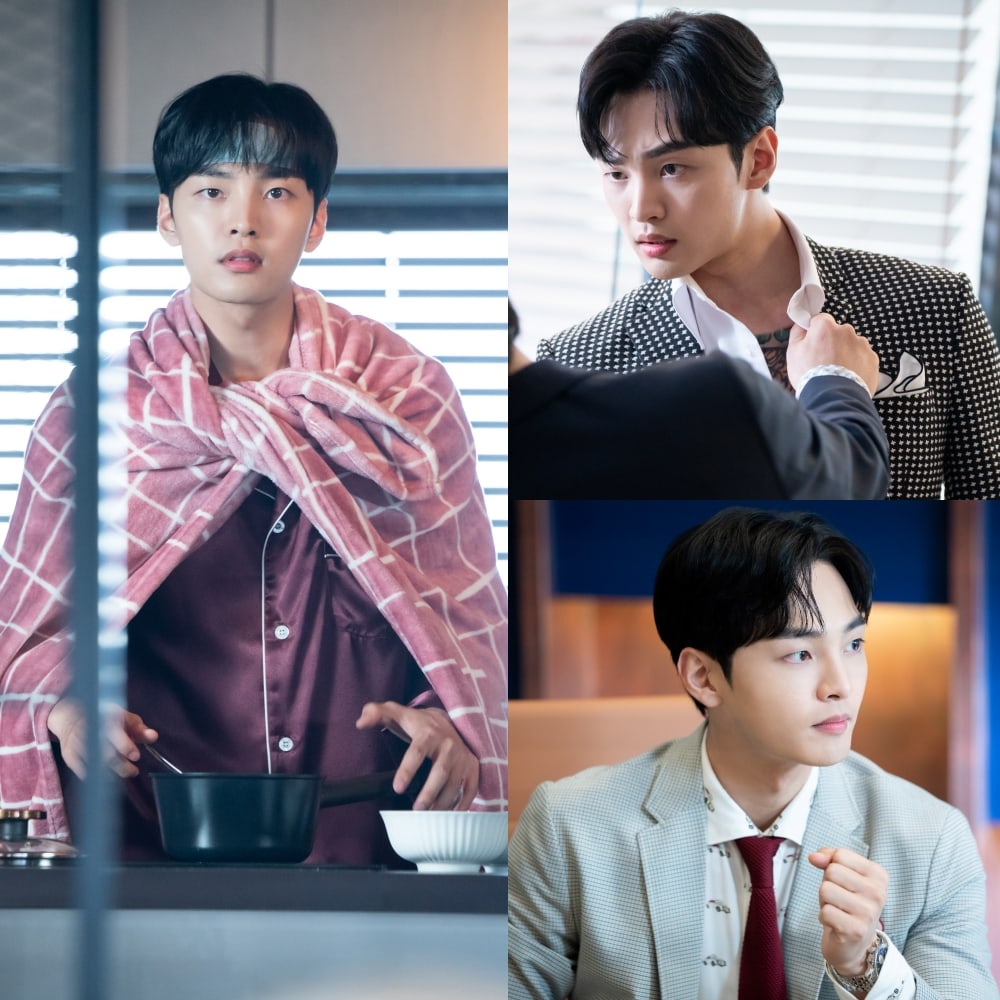 In his last project “Do You Like Brahms?,” Kim Min Jae portrayed Park Joon Young, an extremely calm and poised musician, quite unlike Jin Mu Hak. When asked how he prepared for such a drastically different role, Kim Min Jae replied, “My excitement came first for this acting transformation. I think that overflowing energy was the key point. I wanted to portray the gap between Jin Mu Hak’s ignorance and his professionalism as the director of the food business in a fun way.”

The interviewer mentioned that Kim Min Jae even flew in special items for his costumes and he explained, “I think you might be talking about my watch but in the script, there’s a scene where he puts on a watch worth hundreds of millions. In order to perfectly match the script, I paid a little more attention in my preparations.”

The actor also spoke about his chemistry with co-star Park Gyu Young, as well as his thoughts on fans already coining them the “Jin-Li couple.” Kim Min Jae shared, “At the beginning, we focused on meeting as Mu Hak and Dal Li as opposed to Kim Min Jae and Park Gyu Young. Once time passed and we fell into our characters, I think we were able to naturally act. I don’t know if that’s why, but we are able to comfortably share ideas and are enjoyably filming while attempting various improvisations depending on the situation.”

Kim Min Jae added, “I also think the best couple name is the one given to us by our fans. I like the nickname ‘Jin-Li couple.’”

When asked what kind of drama he hopes “Dali and Cocky Prince” will be remembered as, Kim Min Jae answered, “I hope it’s remembered as a stress-free, fun drama that gives you different types of laughter through its’ positive energy.”

Lastly, he commented to viewers, “I hope you are happy watching the drama. Please look forward to our ‘Dali and Cocky Prince’ and give us lots of love.”

KBS 2TV’s “Dali and Cocky Prince” premieres on September 22 at 9:30 p.m. KST and will be available on Viki. Check out a teaser here!

Watch Park Gyu Young in “The Devil Judge” below: