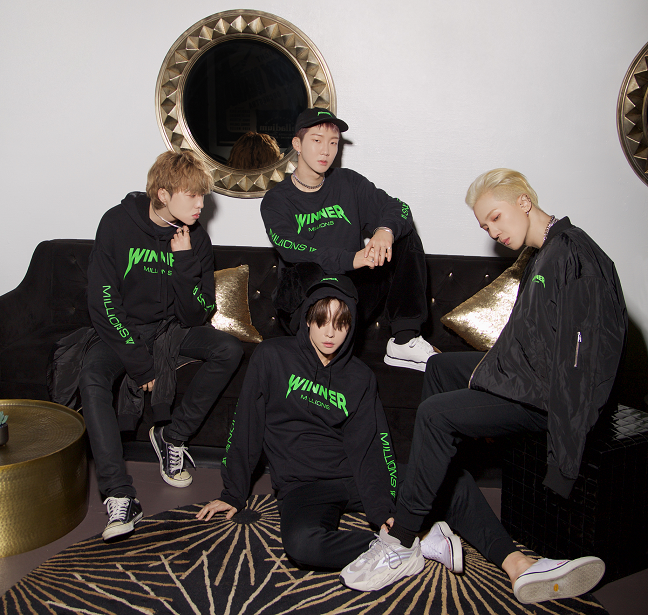 In the REPRESENT website for the limited edition collection, the four members – Jinwoo, Seunghoon, Mino, and Seungyoon – all appear in a casual yet sleek photo featuring different items from their collaboration with the global clothing brand.

The South Korean boy band made its official debut on August 17, 2014. It was formed by YG Entertainment through the Mnet survival show “WIN: Who is Next,” and originally included a fifth member, Nam Tae Hyun, who left the group in November 2016 for personal reasons.

Aside from their music career, including two more albums “Everyday” (2018) and “Remember” (2020), WINNER is globally known as endorsers of popular brands including Adidas, Oreo, Kiehl’s, and more.

REPRESENT is an online e-commerce platform that allows creators to design and sell their custom branded merchandise, offering its services “with no up-front costs or risk.” Content creators could set-up items – from clothing to toys – with their design interface and they can start their own store that can be easily integrated into various social media platforms.