Jung Hae In, Chae Soo Bin, Lee Ha Na, Kim Sung Kyu, and more star in the new tvN drama “Half of Half” (working title), and the cast and crew recently got together for a script reading.

The show is a romance about an artificial intelligence (AI) programmer named Ha Won and a classical recording engineer named Han Seo Woo. It is a story told from the perspective of a man who believes that even a small fraction of his significant person’s heart is enough for him. The drama is directed by Lee Sang Yeop, who’s been behind dramas such as “Familiar Wife” and “Shopping King Louie” and it’s written by Lee Sook Yeon, who has penned works such as the film “Tune In for Love” and the drama “On the Way to the Airport.”

Director Lee Sang Yeop said, “I’m very excited and nervous to be here. I’ll work hard at fiming so that we can make a great drama throughout the cold winter and until the spring flowers bloom.” Writer Lee Sook Yeon said, “I hope that you’ll keep having fun and be healthy until we successfully wrap up in the spring. I will also do my best.” The cast and crew all showed their appreciation through a round of applause.

Jung Hae In, who plays Ha Won in the drama, said, “I’m going to work hard with the actors and staff so that we can make a happy project from beginning to end.” It’s said that during the script reading, he captured everyone’s hearts with his warm and soft voice and perfectly expressed the emotions of someone who’s harbored a longterm crush.

Chae Soo Bin plays Han Seo Woo in the drama, and she said, “I’m grateful to be able to work together on a warm project with such great people.” She cheered everyone on and made a promise to work hard. Despite it just being a first script reading, it’s reported that she perfectly immersed herself in her character with her honest and deep emotions as well as made many staff members her fans through her lovely charms.

It’s also said that Jung Hae In and Chae Soo Bin were in perfect harmony with their voices and tones, and the pair showed an exciting chemistry. 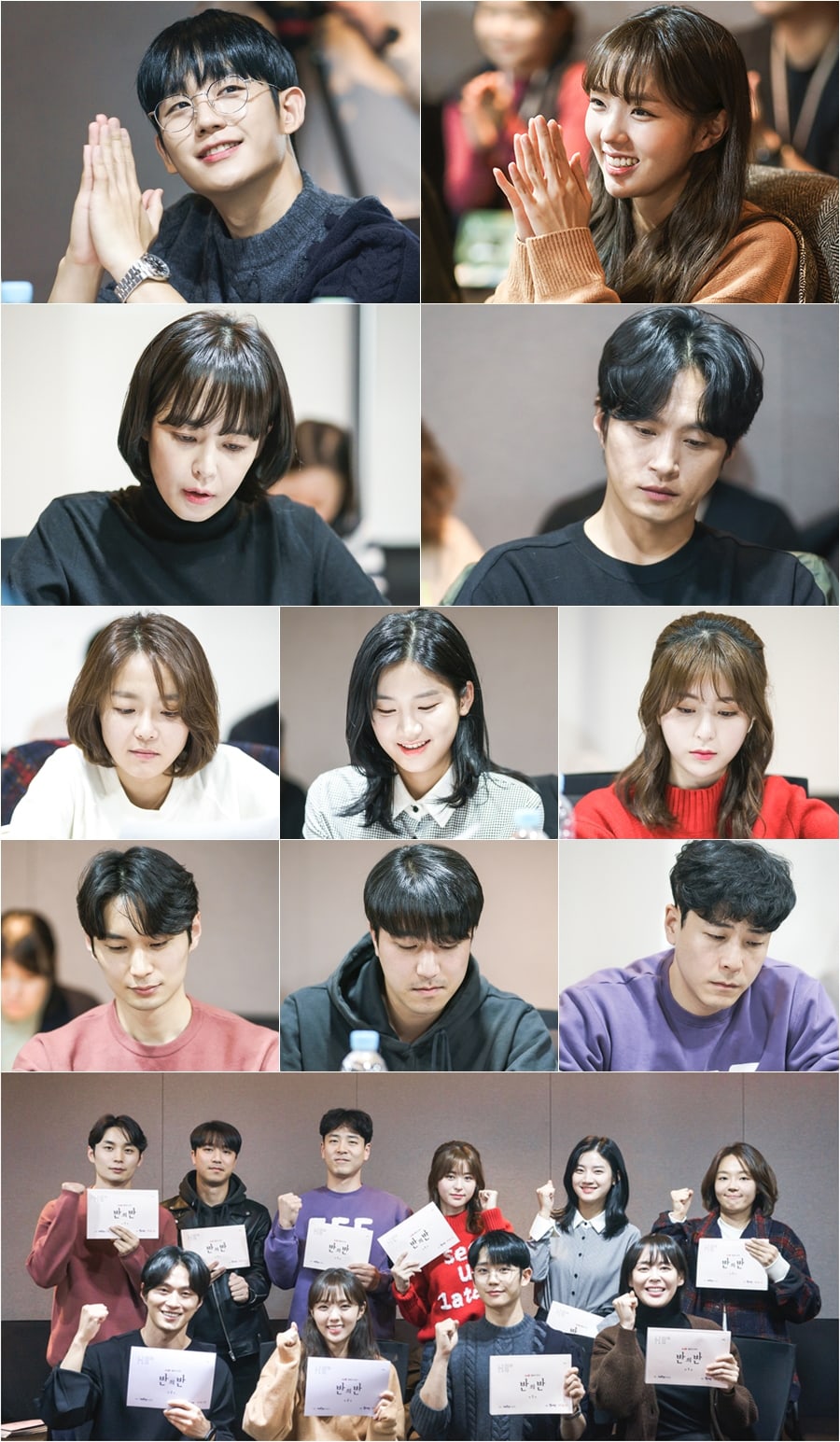 Lee Ha Na will be playing Moon Soon Ho in the drama, and she not only perfectly brought the role to life but also made everyone laugh with improvized lines at the reading. She said, “We work so well together that I wonder if this is really the first time our team has met. I’ve learned a lot during our script reading. I’m looking forward to the future.”

Kim Sung Kyu said, “I’m grateful to be working on ‘Half of Half.’ I’m going to work hard to create a great project.” He transformed the atmosphere with his low voice as he portrayed the character of pianist Kang In Wook who’s stuck in a slump.

The producers of “Half of Half” said, “It was a script reading where all of the cast, including Jung Hae In, Chae Soo Bin, Lee Ha Na, and Kim Sung Kyu, showed great harmony and wonderful acting skills. We’ll work hard so that the drama becomes one that will make viewers laugh and feel their hearts flutter along with the characters.” They asked everyone to look forward to the drama in March.

MAMAMOO’s Solar Was Relatable AF On Her Day Off And Fans Were Here For...