The tension and thrill will continue in the next episode of JTBC’s “Snowdrop”!

On the previous episode of “Snowdrop,” Lee Kang Moo (Jang Seung Jo) and Pi Seung Hee (Yoon Se Ah) attempted to escape the dormitory with the students. To stop them from leaving, Kang Chung Ya (Yoo In Na) pressed the trigger and made the dormitory explode.

Newly released stills from the upcoming episode depict Su Ho and Kang Chung Ya interrogating Lee Kang Moo and Pi Seung Hee. Su Ho is armed with a gun, and Kang Chung Ya coldly gazes down at the other two characters. Although Lee Kang Moo is on his knees, his eyes are charismatic, and Pi Seung Hee remains dignified and graceful despite the troubling situation. In particular, attention is on the changing dynamics between Su Ho and Lee Kang Moo. Lee Kang Moo noticed that the hostage crisis was being used for political reasons, and he tried to talk some sense into Su Ho. 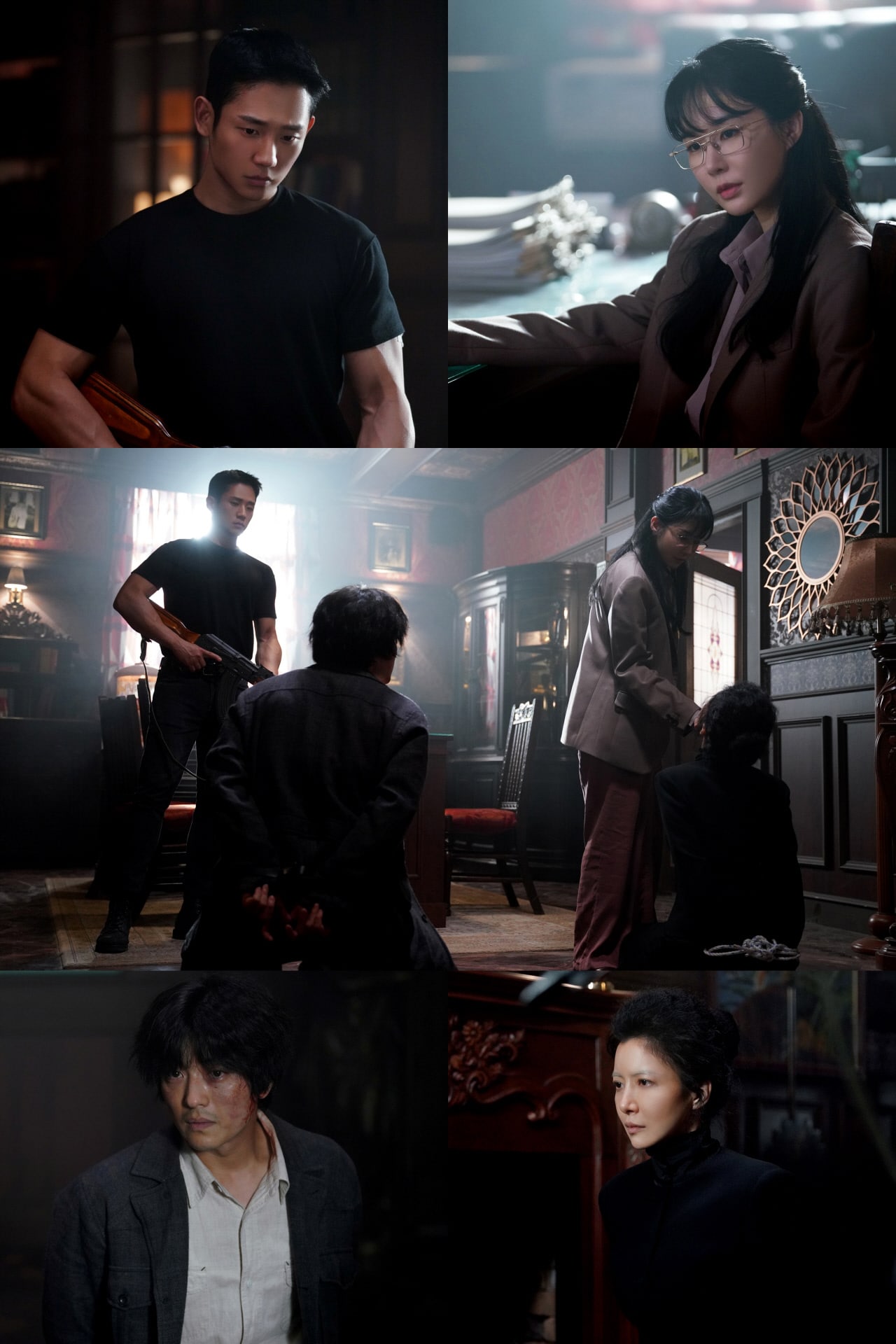 Episode 10 of “Snowdrop” will depict Jang Han Na (Jung Yoo Jin) trying to catch evidence of secrets surrounding the hostage crisis as instructed by Lee Kang Moo. It will also show a tense confrontation between Su Ho, who is doubting his government, and Kang Chung Ya, who doesn’t tolerate the slightest doubt.

In the meantime, watch Jang Seung Jo in “Encounter“:

Lee Jin Wook, Kwon Nara, And More Have A Merry Time Together Without Knowing What Lee Joon Has Up His Sleeve In “Bulgasal” – KpopHit