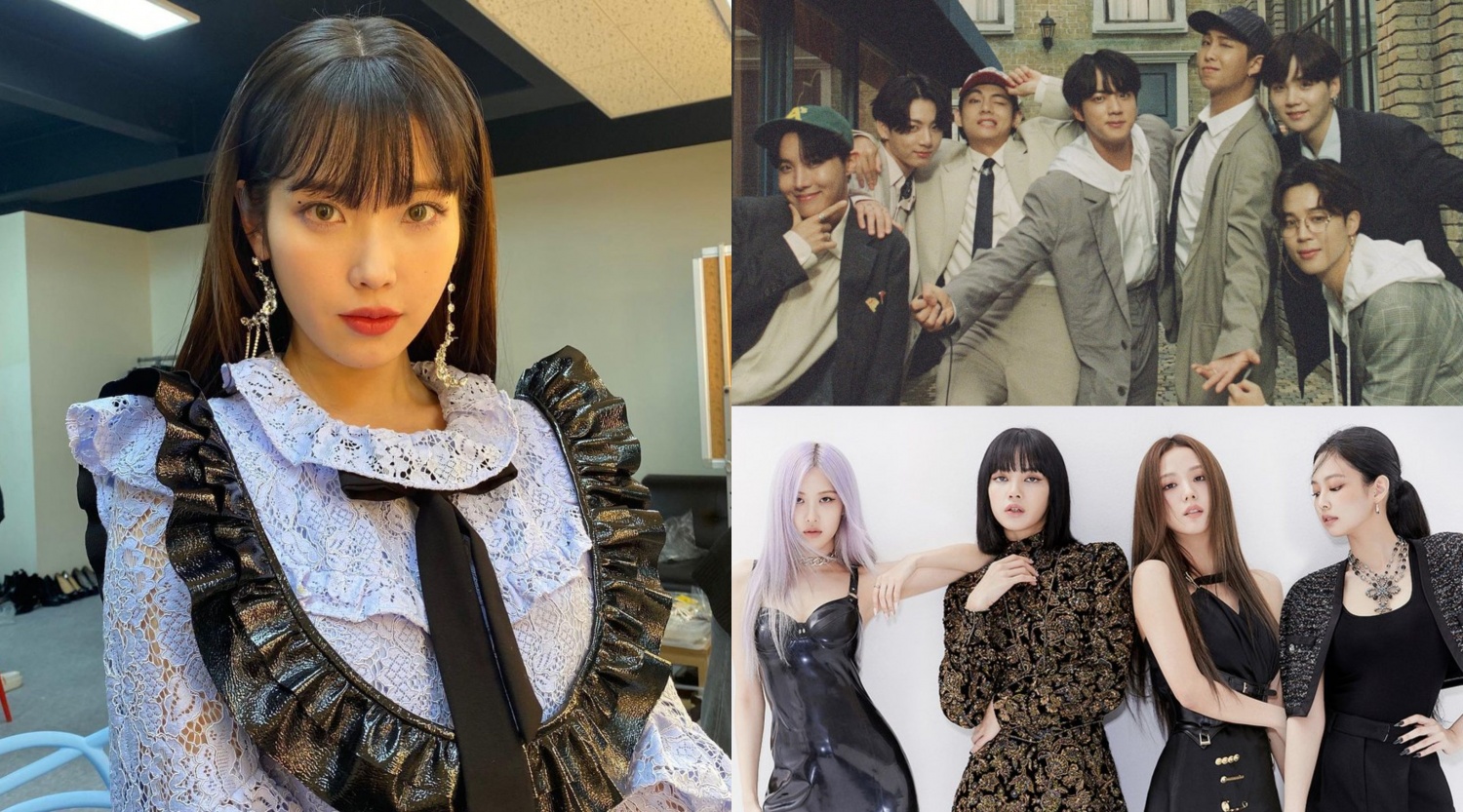 More and more K-Pop acts have started penetrating the international music scene. Thanks to all artists who are very passionate about introducing the Korean culture and music to the rest of the world. BTS, BLACKPINK, TWICE and many others have proven, time and again, that they are just more than their stunning visuals.

On Tuesday, Feb. 23, the latest Instiz Chart was revealed and devoted K-Pop fans are thrilled to see some of their favorite artists on top again. Just so everyone knows, the tally is actually a combination of various music charts that South Korea uses to rank music sales.

The Instiz chart rankings for Feb. 15 to Feb. 21 listed South Korean singer-song writer IU at the No. 1 spot with her popular song titled “Celebrity.” The said song, which tackles the quandaries that come along with fame, earned a total of 31,135 points for the third week of February.

Coming in the second spot is “Shiny Star” by Kyung Seo with 14,780 points. “Dynamite” by BTS, then, secured the third spot after earning a total of 12,881 points. Most, if not all, fans can recall that Jin, Jimin, Jungkook, J-Hope, Suga, V and RM released this track amid the COVID-19 pandemic as they want to bring a feeling of hope and comfort to their fans during these trying times.

“Borrow Your Night” by 10cm nabbed the No. 4 spot with more than 8,500 points. “VVS” by Mushvenom, Miranni, Khundi Panda, Munchman and JUSTTHIS, on the other hand, placed at No. 5 after it amassed a total of 7,419 points.

The latest Instiz Chart rankings came out just days after IU took her seventh win for her popular track “Celebrity” on “Inkigayo.” The said song got a total of 8,101 points pushing others in the latter part of the tally.

“Sugar” by Kim Woo Seok got the second place with a total of 5,364 points while “HWAA” by (G)I-DLE ranked third after scoring 3,524 points all in all. Among the performers this week were Chungha, who sang her hit single called “Bicycle;” Kang Daniel, who performed his latest solo single titled “Paranoia;” and Dreamcatcher, who took the center stage to perform their trending track called “Wind Blows,” among others.

HyunA, on the other hand, set the stage on fire with her sultry performance of her hit song titled “Good Girl.” CIX also showed off their killer dance moves when they performed “Cinema.” Other performances viewers witnessed are “Love So Sweet” by Cherry Bullet, “Excalibur” by Kingdom, “DOOM DOOM TA” by TRI.BE, “My Turn” by CRAVITY, “Rewind” by ONEUS, “ASURABALBALTA” by T1419, “Hero” by LUCY, “Corny Love Song” by PD J.Y. Park and “I Like Trot” by Song Ga In.