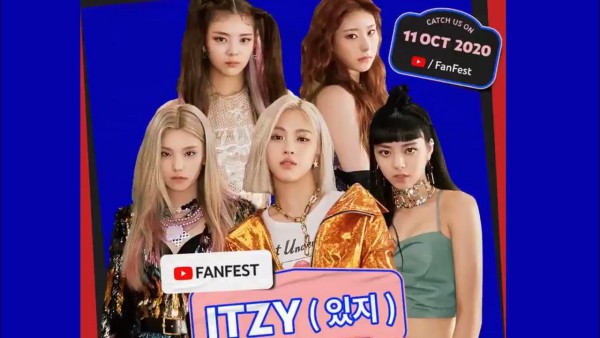 Video sharing and streaming platform YouTube has announced the first-ever virtual YouTube FanFest. The FanFest is a unique event where creators, especially Youtube creators from all corners of the world, come together to perform unique and distinctive live shows. Due to COVID-19 restrictions, the 2020 Youtube FanFest will be held completely online via a live stream event. While some will definitely miss the appeal of an offline FanFest, the live stream allows people from anywhere worldwide to tune in and access the event, making it even more global than it ever was.

On October 6, YouTube FanFest announced via Twitter that ITZY would be performing at the event on October 11.

The lineup includes YouTubers from the United States, Australia, Hong Kong, India, Indonesia, Japan, the Philippines, Taiwan, Thailand, and Vietnam, in various areas such as food, gaming, dance, and more.

ITZY is a South Korean girl group formed by JYP Entertainment, consisting of members Yeji, Lia, Ryujin, Chaeryeong, and Yuna. The group debuted on February 12, 2019, with their single album, It’z Different. On February 12, the group released their debut single album, It’z Different, with its lead single “Dalla Dalla.” The song incorporates elements from EDM subgenres, such as future house and bass house. The audience has well-received its empowering lyrics. The group scored one of the biggest Billboard debuts for a new K-pop act in years, single “Dalla Dalla” entered at No. 3 and peaked at No. 2 on the World Digital Song Sales chart. According to Nielsen Music, the shape-shifting confidence anthem sold 2,000 downloads in the U.S. for the week ending February 14, making it the best-selling K-pop song in America that week. “Want It?” released alongside the single “Dalla Dalla,” debuted at No. 8, selling 1,000 downloads. “Dalla Dalla” also debuted as the second most popular song on YouTube. Even fellow K-Pop idols and groups could not stop gushing about the song and this super rookie group.

On March 9, 2020, ITZY released their second EP, It’z Me, and its lead single “Wannabe.” The EP debuted at number one on South Korea’s Gaon Album Chart, making it the group’s first album in the country. It also debuted at number 5 on Billboard’s World Albums chart, their highest position.

On August 17, 2020, ITZY released their third EP, Not Shy, and the music video for the lead single of the same name. ‘Not Shy’ proved to be another super-hit banger that was on everybody’s tongues. Right from fans to non-fans and other idols, once again, were blown away by the song, with many of them even making a song and dance covers of the track. ITZY has thus successfully proven their status as one of the most successful 4th Generation K-Pop groups.

The group will also be performing at the 2020 DMZ Concert in South Korea, thereby exciting fans even more for their appearances. We wish ITZY all the best for their upcoming activities.