Viewers are set to get a glimpse into the past and new growth from characters in the upcoming episode of tvN’s weekend drama “It’s Okay to Not Be Okay”!

Go Moon Young has had a tense relationship with her father Go Dae Hwan (Lee Eol) for a long time and has been dealing with trauma related to her mother. When she heard that her father’s illness had progressed to a point where treatment would be difficult, she kept her cold composure as she said, “My dad is already dead and just the shell of him remains.” She even turned down a suggestion to go for a walk with him, which hinted at the deep scars she has in association with her father.

The new stills show Go Moon Young sitting in her room by herself, looking down at a photo she’s holding in her hands. Another still goes back in time to when Go Moon Young and her father were close, both of them smiling as he reads her a storybook. The upcoming episode is set to peel back another layer of Go Moon Young’s painful family history. 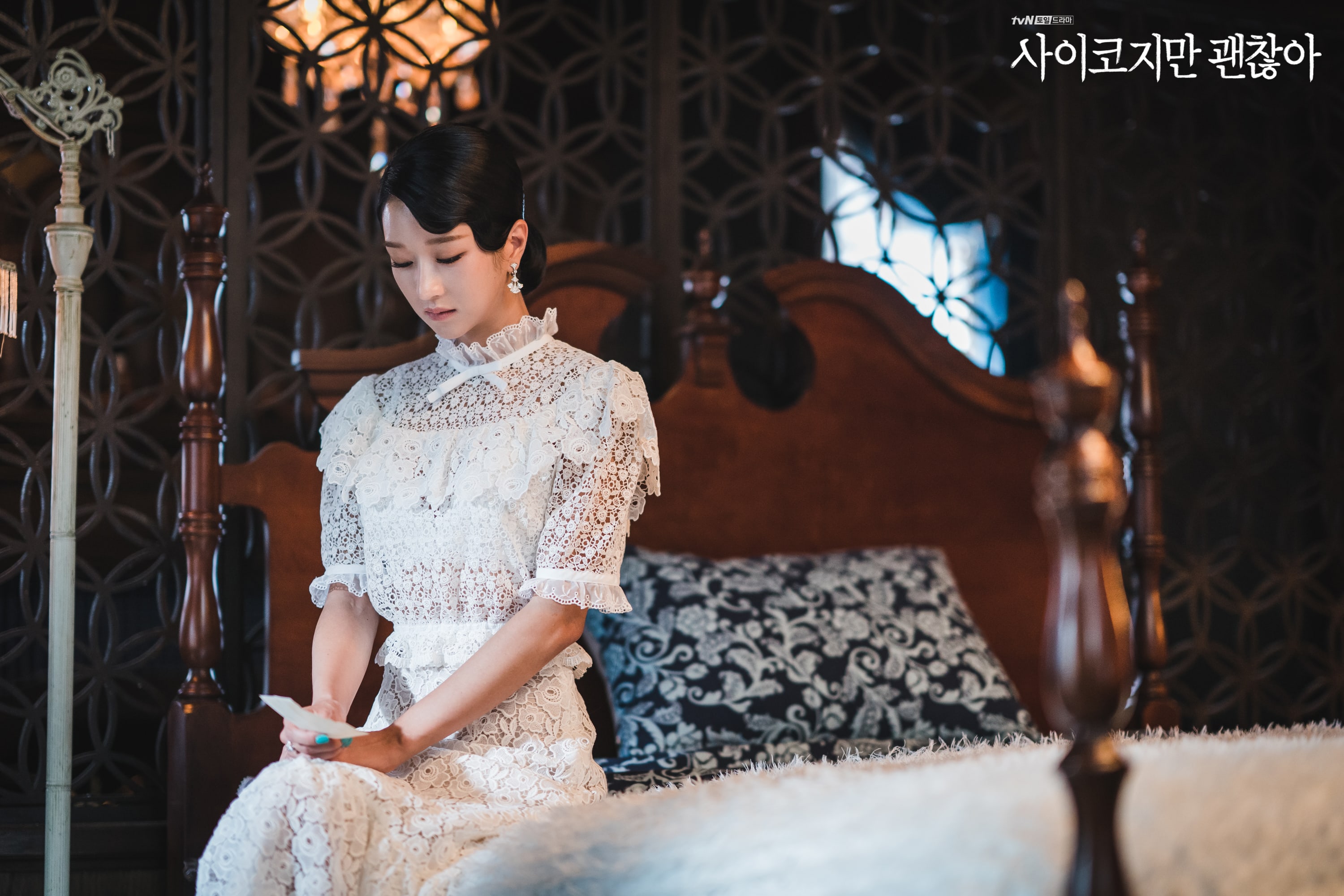 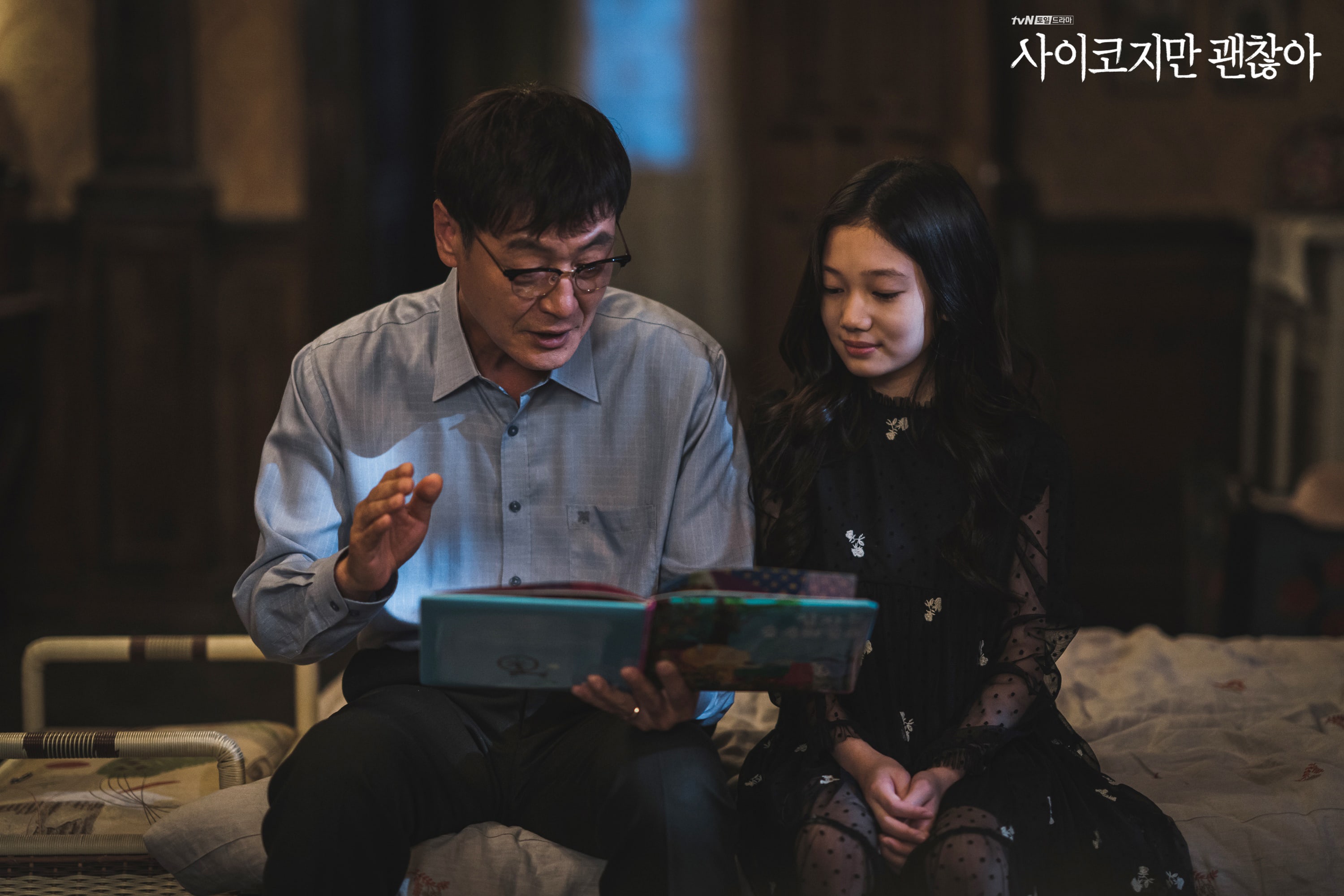 Another set of stills shows Go Moon Young giving Moon Sang Tae (Oh Jung Se) a very challenging request. Moon Sang Tae and Go Moon Young are working on a project together, with him providing illustrations and her crafting a story around them. The stills show Moon Sang Tae looking confused by the task that Go Moon Young has set out for him, but he still puts his all into achieving his goal, lying on the floor and totally focused on what’s in front of him. 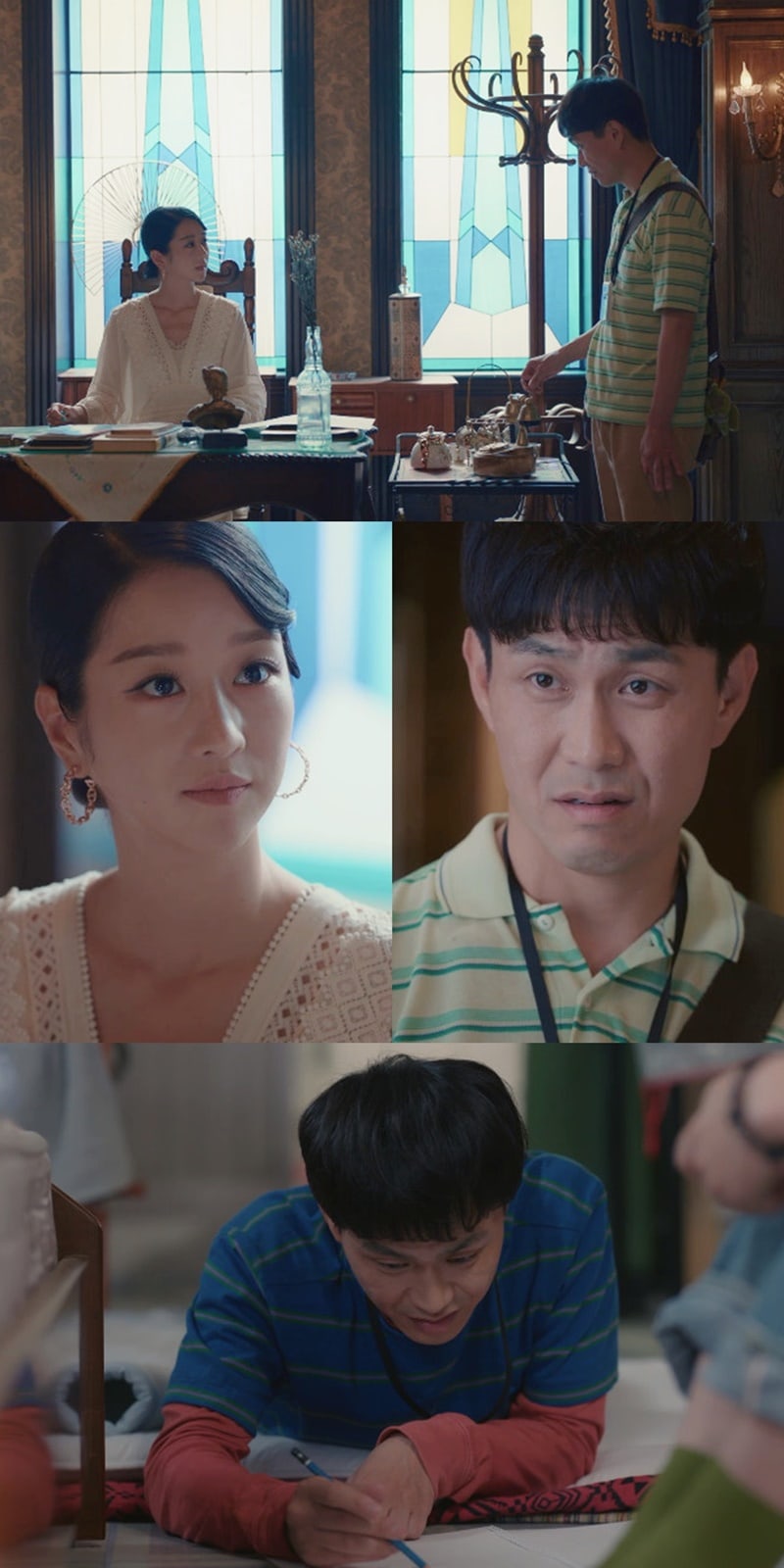 Go Moon Young’s family history, as well as the task she has set out for Moon Sang Tae, will be revealed in the upcoming episode of “It’s Okay to Not Be Okay,” which will air on August 1 at 9 p.m. KST.

In the meantime, watch Seo Ye Ji in “Quantum Physics” below: