GOT7 recently released a new song titled “Encore,” which has now landed No. 1 on another Korean music chart. Also, the track continues to be on the worldwide iTunes song chart.

On Feb. 20, the seven-piece K-pop boy group dropped a track titled “Encore,” which the members teased via their Instagram stories one day before it was officially revealed. This song appears to be a surprise gift of GOT7 for the fans who continue to support them even after leaving JYP Entertainment, which has been septet’s home for seven years. “Encore” also serves as GOT7’s first release since departing from JYPE following the members’ contract expirations. 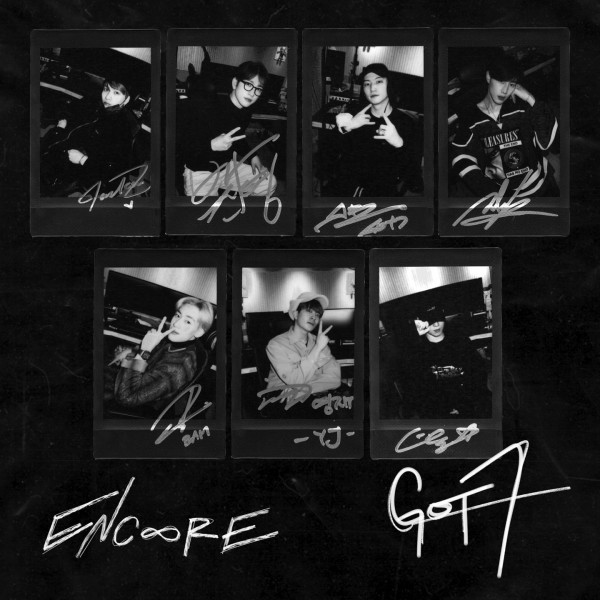 On the same day, a music video for the song was uploaded to GOT7’s new YouTube channel, as well as to Warner Music Korea’s YT channel. In less than 24 hours, the MV hit 1.2 million views. Before the MV was shared, a few hashtags related to the group’s new track trended worldwide, such as “#EncoreWithGOT7” and “IT’S ENCORE TIME.”

“Encore” by GOT7 Scores No. 1 on Korean Music Charts and Remains atop of the Worldwide iTunes Chart

Shortly after GOT7’s new song was released, it attained No. 1 on Korea’s major real-time charts like Bugs and Genie. It also debuted at No. 19 on iChart’s real-time chart. The following day, “Encore” hit No. 1 on MelOn’s 24Hits chart and was trending at No. 1 worldwide on YouTube.

On Feb. 22, “Encore” has reached the first position of the rankings of another Korean music chart, particularly Genius Korea’s K-Ballad Chart. The single also peaked at No. 32 on its Pop Song Chart.

#GeniusCharts | “Encore” by GOT7 debuts at #1 on K-Ballad chart in Genius Korea. The song also peaked at #32 on Pop Songs chart on Genius. This ode to fans from GOT7 is currently #1 on the Worldwide iTunes Song Chart.#EncoreWithGOT7 @GOT7Official https://t.co/UswKx5ID00 pic.twitter.com/zHN3B7Wtep

The song has also not left the worldwide iTunes Song chart even after three days of its launch. Notably, the single is now spending its third consecutive day being atop of the said chart.

GOT7’s New Song “Encore” Soars to No. 1 on iTunes Charts All over the World and other International Charts

“Encore” by GOT7 also saw success outside of Korea. Within just hours of its launch, the track rose to the top of iTunes Top Songs charts in at least 40 different countries around the world, including the United States, Thailand, Costa Rica, France, Mongolia, Portugal, Turkey, United Arab Emirates, the Philippines, Czech Republic, and more. As of writing, the single has 54 No. 1s, with Nigeria being the latest addition.

“Encore” even achieved a US iTunes all-kill after topping both the “overall” and “dance song” charts simultaneously. It also successfully debuts at No. 1 on European iTunes Song chart, becoming the boy group’s first song to do so.

In China, the track entered the QQ Music Daily Popularity chart, debuting at No. 20 and peaking at No. 14. It also made it to QQ Music’s Rising Chart and New Song Chart, securing the No. 52 and No. 12 spot, respectively. On Feb. 21, GOT7’s new song rocketed to No. 3 on QQ Music Rising Chart and to No. 11 on the New Song Chart. And recently, “Encore” claimed the No. 24 position on Japan’s Line Music K-pop Top 100.

Meanwhile, as of Feb. 23, the music video for GOT7’s “Encore” has now surpassed six million views with one million likes, and is still trending on YouTube.