GOT7 Jackson Takes on a ‘Shocking Mukbang’ Challenge with Joon – KpopHit

GOT7 Jackson is known for his distinct palate after sharing his chicken protein shake (a concoction of chicken breast, fruits, and leafy greens) as his morning smoothie. And recently, his strong stomach was put to the test in the latest episode of “Wassup Man” with g.o.d’s Joon Park.

“Wassup Man” is the YouTube channel of g.o.d’s leader Joon Park which he launched back in 2018. After trying various mint-chocolate flavored foods with female solo artist Chungha, the male idol was tasked with trying other challenging foods, and this time it’s with GOT7 Jackson.

In the latest episode of “Wassup Man,” the K-pop stars had a menu that would make anyone weak at their knees – and not in a good way. The first ones to be served were omasum and raw liver, which GOT7’s main rapper seemed to enjoy. Jackson can also be seen encouraging Joon to try them.

He was even the first one to taste the food and described them for the g.o.d member. Not to mention, Jackson continued eating omasum and raw liver, while Joon only had a quick taste of the latter. 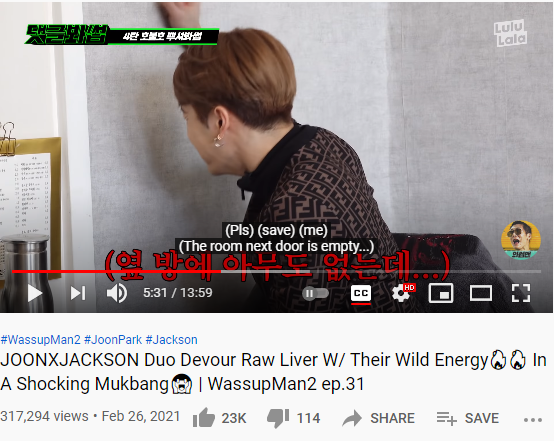 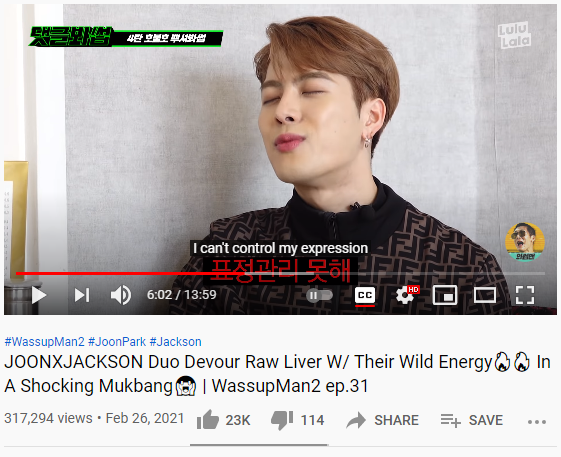 Their next stop was at a restaurant that serves skate, a type of ray fish that Joon doesn’t want to try. This completely took the episode to the next level and saw whether Park could overcome his fear. The two idols had a skate in a variety of ways, from seasoned and fermented to pan-fried. It can be seen that neither were a big fan of the skate.

The next food was chicken feet, which is also a common Chinese dish. Hence, GOT7 Jackson quite enjoyed the meal, and after some convincing, Joon was able to appreciate it and ate along with him. But their last stop might have been the worst food they could consume.

Their last dish for this shocking mukbang challenge was sliced spoon worms. Upon learning this, Jackson hilariously asked Joon, “Do the ‘Wassup Man’ viewers love you, hyung?'” 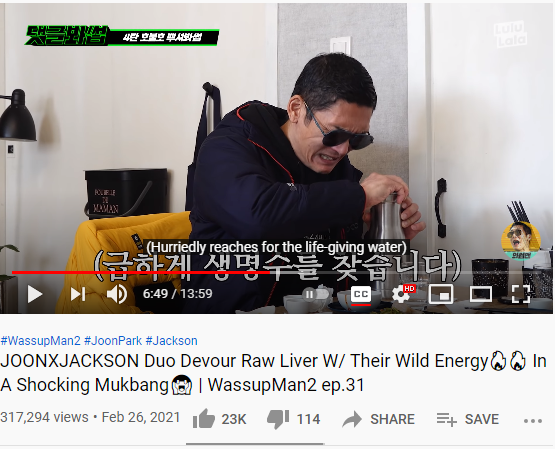 As soon as they reached the eating place where spoon worms are being served, the two were stunned to see what they were about to consume. And after a few steps into the establishment, they attempted to escape as they said the restaurant was not open and that the chicken was better. However, they still ended up trying the food.

To see the dishes and the two idols’ expressions while eating, watch the video below – if you have a strong stomach like GOT7 Jackson.

In other news, the rapper recently hosted his first solo live broadcast on VLIVE and took the time to talk to the fans. During the livestream, GOT7 Jackson shared that he realized many fans were confused about whether he joined a new label after leaving JYP Entertainment. And so, he clarified that he has not signed with Sublime Artist Agency, where his bandmate Youngjae is. He explained that he is signed with his own company, TEAM WANG, which partnered with Sublime Artist Agency as a team.