Olivia Rodrigo, the singer behind the hit song “good 4 u,” is gaining attention for resembling TWICE’s Nayeon and NCT’s Haechan!

Recently, in an online community forum, netizens have discovered that Western artist Olivia Rodrigo, known for her hit songs “good 4 u,” “drivers license,” “deja vu,” and more, resembles a mix of TWICE’s Nayeon and NCT’s Haechan!

According to netizens, they believe that Olivia Rodrigo’s upper half of her face is similar to Haechan’s, such as her eyes and nose. The similarities can especially be seen when Olivia Rodrigo is not wearing any makeup.

YOU MIGHT BE INTERESTED IN: TWICE Nayeon Net Worth – How Rich is the ‘Dance the Night Away’ Songstress?

Looking at Olivia Rodrigo and Haechan’s eyes, their eye shape is quite similar, although Olivia Rodrigo’s is larger. Both also have double eyelids which look similar to each other’s, especially the crease. 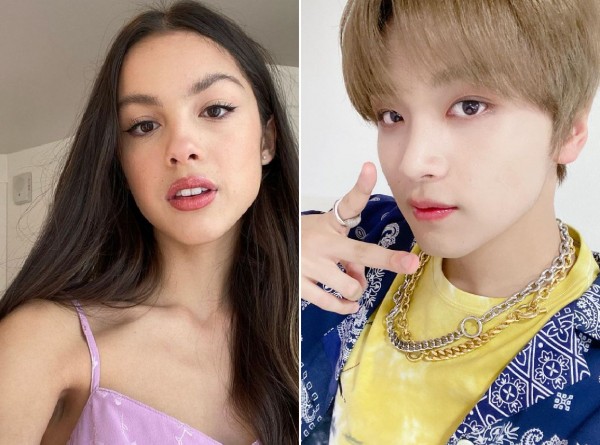 Both Olivia Rodrigo and Nayeon have plump and big lips. Not only that, but they both have “bunny teeth” as well, such as two big front teeth. In fact, when both of the singers smile, Olivia Rodrigo looks like Nayeon from afar!

IN CASE YOU MISSED IT: BTS and NCT are the Only K-pop Artists with Most Album Sales in the United States in the First Half of 2021

Usually, netizens would think the opposite when it comes to posts regarding similarities of certain Korean artists with other celebrities. However, they strongly agree that Olivia Rodrigo, who is of German, Irish, and Filipino descent, looks like a mix of Nayeon and Haechan.

Many commented that the “good 4 u” singer’s smile resembles Nayeon, and many said that when they first saw Olivia Rodrigo, they instantly thought of Haechan.

Do you think Olivia Rodrigo looks like a mix of Nayeon and Haechan?

IN CASE YOU MISSED IT: TWICE ‘Taste of Love’ Attains the Highest Metascore in History on Metacritic among Girl Group Albums

With the release of “Taste of Love,” TWICE became the first-ever K-Pop girl group to spend at least three weeks within the Top 100 of Billboard 200, with the mini-album debuting on the chart at No.6.

According to SM Entertainment’s announcement, the different NCT units are gearing up for a new comeback in the second half of 2021.

IN CASE YOU MISSED IT: NCT 127 to Make Comeback With Full-Length Album