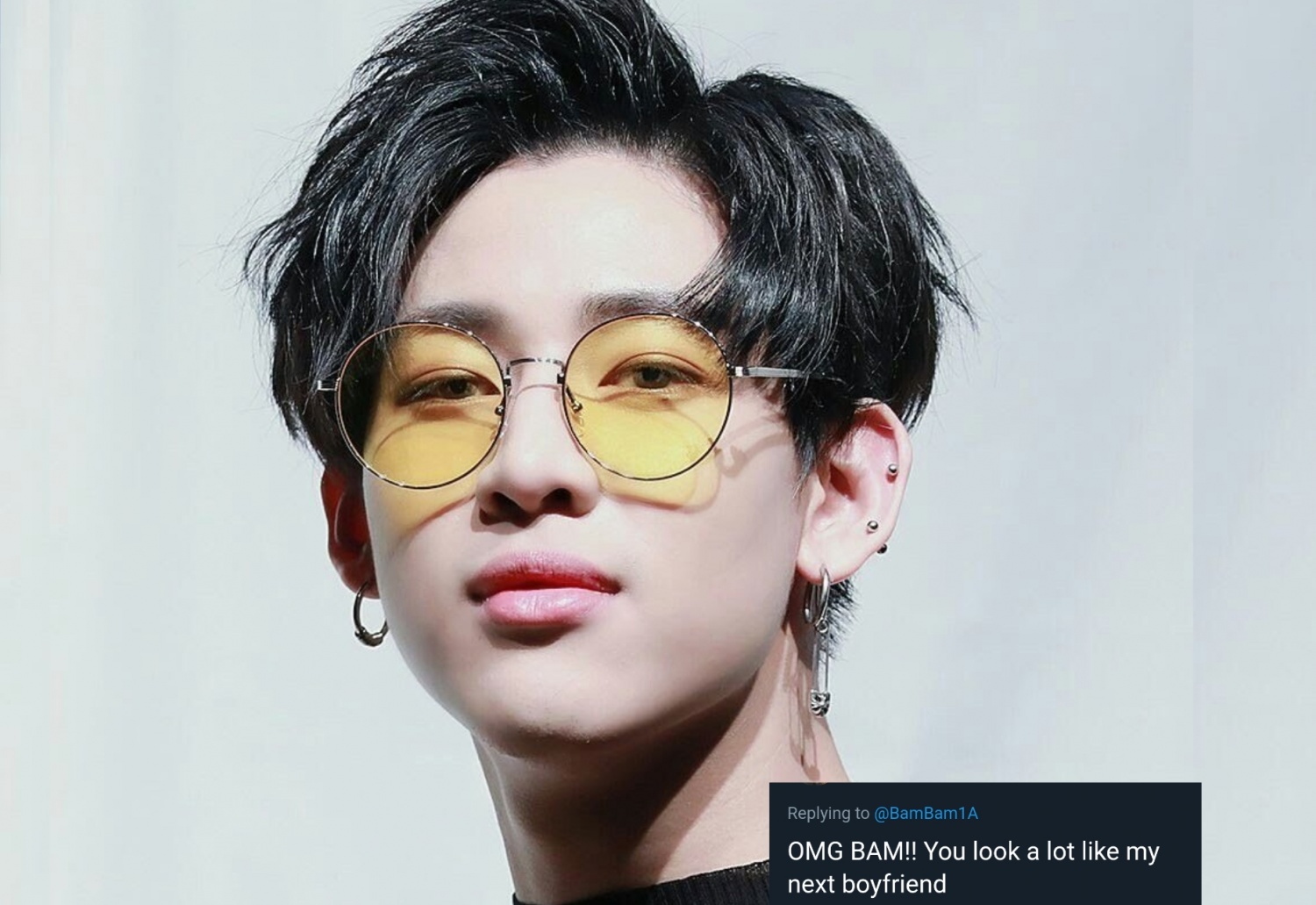 On a recent Twitter Fantalk, GOT7 BamBam stole the hearts of his fans once again with his sweet responses, that even got him called a “cheater”! See idol’s cute interaction with Ahgases.

On Jan. 13, the GOT7 member had a good time communicating with his supporters, particularly with Ahgases (GO7’s fandom name), answering some of their questions and granting fans’ requests.

The male idol earlier became the hot topic among Twitter stans after he uploaded his photo that featured his incredible visuals, along with the caption, “A little Fantalk before I sleep.”

Just seconds after, K-pop fans immediately flocked to his tweet replies, sending their messages, questions, and requests, hoping that among thousands of comments, BamBam will notice them.

BamBam Corrects a Lucky Fan Who Called Him Her Boyfriend

Among the fortunate fans who replied to the Thai-born idol was a fangirl, who received a teasing response from him, which truly made the fandom call BamBam a “cheater” again, jokingly.

Specifically, the fan wrote, “OMG BAM! You look a lot like my next boyfriend.” BamBam then respondedcheekily, “Boyfriend!!????? that’s NO.NO.”

However, his next word made the fan swoon as he added “husband,” claiming that he’s not only a boyfriend…but a HUSBAND!

The fan’s name on Twitter is now “Bam’s Wife,” and there’s actually a lot of fans who are truly happy for her. On the contrary, Ahgases are then again mentioning BamBam, jokingly calling him a “cheater” as he mentioned several times that he only has his eyes for iGot7.

However, true fans will surely support the idol nonetheless once he already found the love of his life.

Here are the other fans who luckily captured BamBam’s attention and got responses from him:

Excuse me?
she’s my BFF…
don’t call my friend a liar!!

lol 😂 thats a good one

#GOT7FOREVER: Group Will Not Renew with JYP Entertainment But Will Remain as Seven

Despite the recent news that GOT7 will part ways with JYP Entertainment after seven years, members are keeping their promises that nothing will change, and they will keep on updating fans about their individual activities. An acquaintance of the septet even shared that the members will still make time for one another.

Aside from BamBam, Mark is also connected to his fans, such as when he thanked them recently after he received a silver play button, or reaching the 500 thousand subscribers on YouTube, even without a single video uploaded.

He teased his fans, “Hope you are enjoying my videos.”

Another good news? GOT7 can keep their group name as JYP Entertainment will not claim their intellectual rights in line with the law. This means that if the members will continue to promote as a group in the near future, they can keep on using their name and promote under it.

READ MORE HERE: GOT7 to Own Their Group Name, Intellectual Property after Leaving JYP Entertainment

Mega hit songs that no one can refuse – Knetizen – KpopHit