Earlier this week, Hani and her “You Raise Me Up” co-star Yoon Shi Yoon appeared together as guests on the SBS Power FM radio show “2 O’Clock Escape Cultwo Show.”

In response to a question about whether she had ever reunited with her first love, Hani replied, “I’m still in touch with my first love.” She then surprised everyone by revealing, “He was actually on TV recently.” 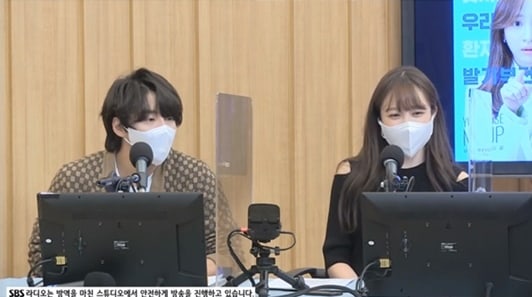 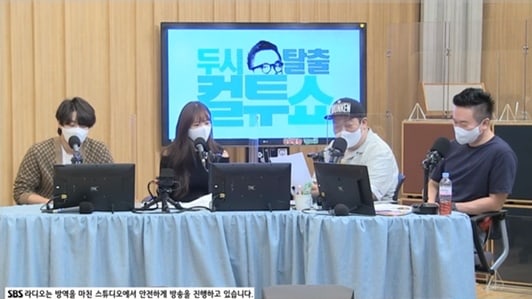 Hani went on to explain that her first love was Olympic triathlete Heo Min Ho, who recently appeared on the JTBC sports variety show “Let’s Play Soccer Together 2.”

“I had a one-sided crush on him when I was really young,” she shared. “He looked so cool when we were playing sports together. I even knit a scarf by hand and gave it to him as a gift. ”

“We still contact each other occasionally,” she continued, before adding, “But I haven’t asked him about the scarf.”

Meanwhile, Heo Min Ho previously mentioned Hani during his appearance on “Let’s Play Soccer Together 2,” recalling, “We were playing soccer together and I accidentally kicked the ball [in her direction]. Hani asked me, ‘What are you going to do if I can’t get married [after getting hit by the ball]?’ So I told her that I’d take responsibility.” He then added regretfully, “But things have changed a lot since then, and that ship has sailed.” 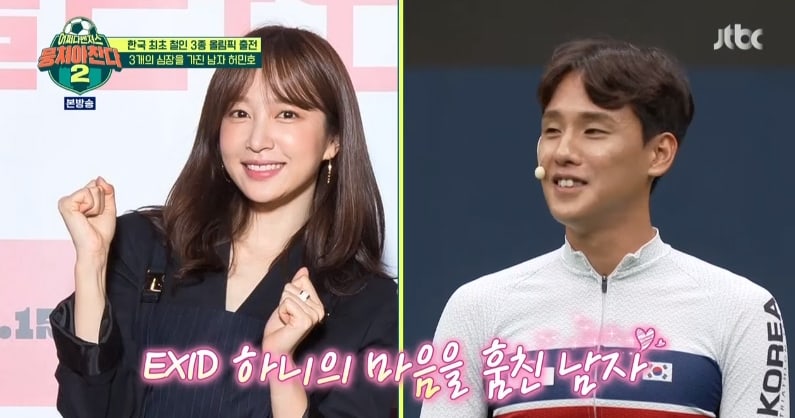 Watch Hani in her new drama “You Raise Me Up” with subtitles below!