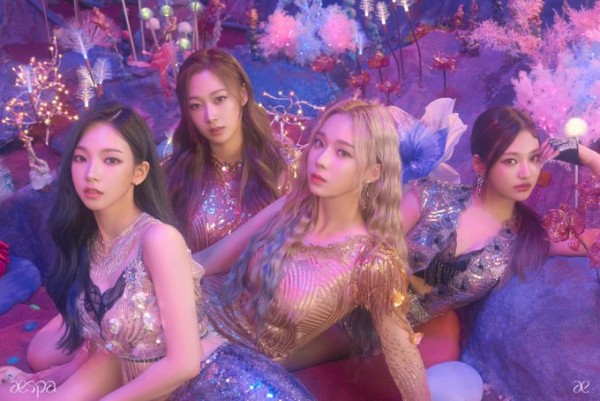 Korean netizens believe aespa has given a hint about additional members through “KWANGYA” in debut song “Black Mamba.”

SM Entertainment’s new girl group garnered attention from the public, not only because it is the first female group of the label after six years since Red Velvet’s debut in 2014 but also because of its futuristic “avatar” concept.

On Nov. 17, just a few hours before Aespa’s official debut, SM revealed the fandom name of its new artists through an official statement. Besides the fan club name “MY,” the word “KWANGYA” was also mentioned. And according to the label, it is the place where the avatar counterparts of Aespa members live.

After the release of Aespa’s debut song “Black Mamba” with an accompanying music video, many Korean netizens noticed the term “KWANGYA” once again. In fact, it can be heard a few times in the song.

While SM Entertainment already revealed what “KWANGYA” means, Korean netizens were able to make another meaning after noticing that the word has the initials of the names of Aespa members – K (Karina), W (Winter), A (?), N (NingNing), G (Giselle), Y (?), A (?). 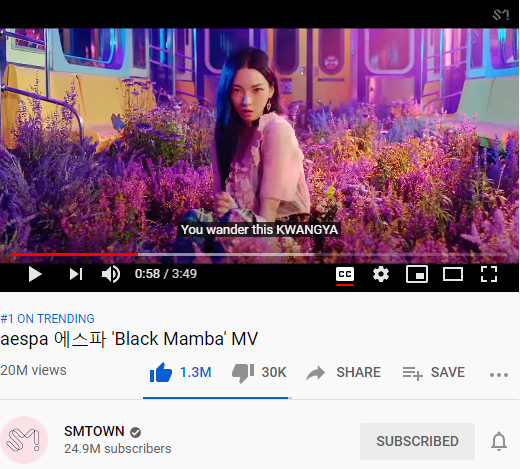 On a probably related part, the hook of Aespa’s “Black Mamba” is composed of the term “AYA,” which is coincidently the letters from “KWANGYA” that doesn’t represent any member. Because of this, Korean netizens couldn’t help but think that there might be three more members to be added in Aespa. 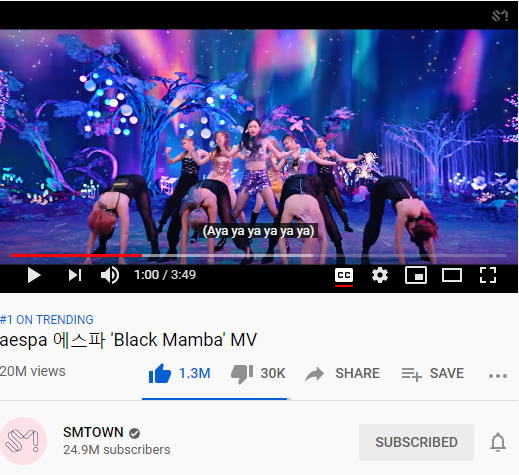 Some of the comments of netizens on an online community include:

“I think there will be 3 more members”

“It seems like the addition of three new members is true!”

“That’s exciting! There will be additional members, AYA.”

“It would be great if ‘AYA’ members will be added.”

“Really?! AYA is the initial of the new members’ names?”

“Is there a member named Aya that will be added?”

“I think the AYA will be the initial of their stage names.”

“As if my heart is going to explode because of shock.”

“Could Lee Hyejin be one of them?”

Rumors about three additional members of Aespa have been spreading around on community sites recently. One unidentified insider even claimed that the three new members of SM’s new girl group would be added to the lineup after the entertainment agency revealed the official logo of Aespa, along with the four members: Karina, Ningning, Giselle, and Winter. And then, the company would also be posting the initials of the alleged three new members: Initial R/L, Initial N, Initial (Could be A, Y, W, etc.,), Initial J, and Initial H, Initial R/L.

Among the initials of assumed additional members, many netizens recognized the one with “Initial H, Initial R/L,” which they think to belong to an already known trainee under SM Entertainment, none other than Helen or Lee Hyejin. She was born in 2003 and is a mix of Korean and Australian descent. She first trained at SL Studios Academy in South Korea, helping her pass the SM audition.


For more news updates about other K-Pop news, always keep your tabs open here at Kpopstarz.