Comments on GD’s Instagram since news with Jennie – KpopHit 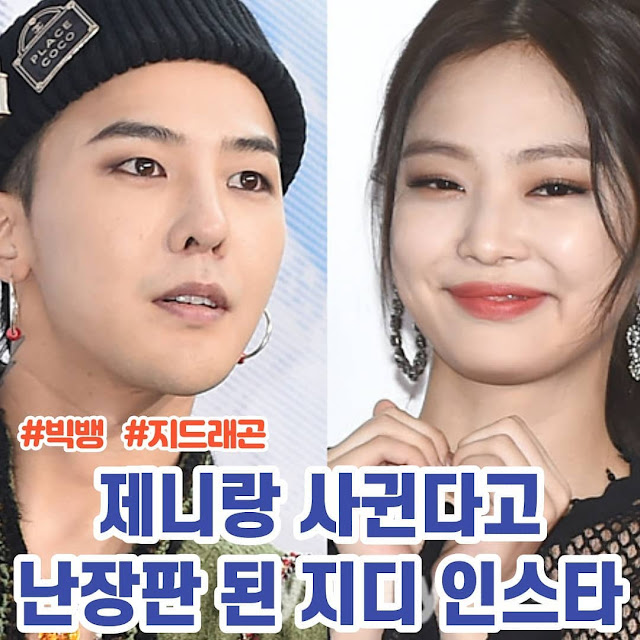 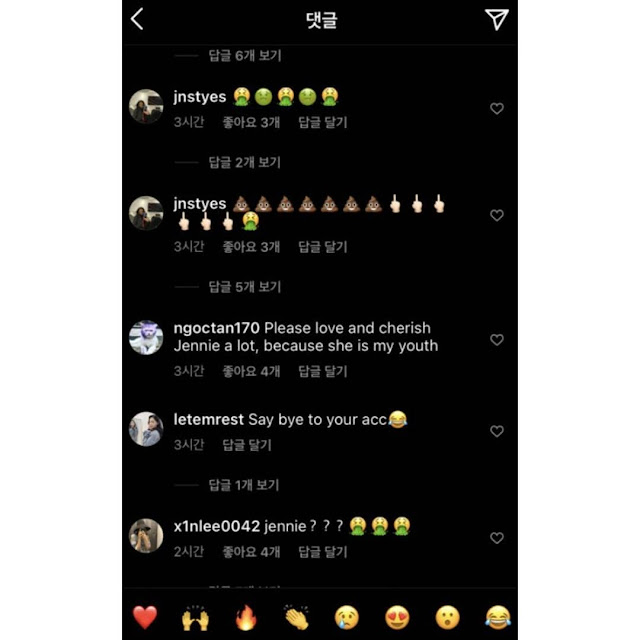 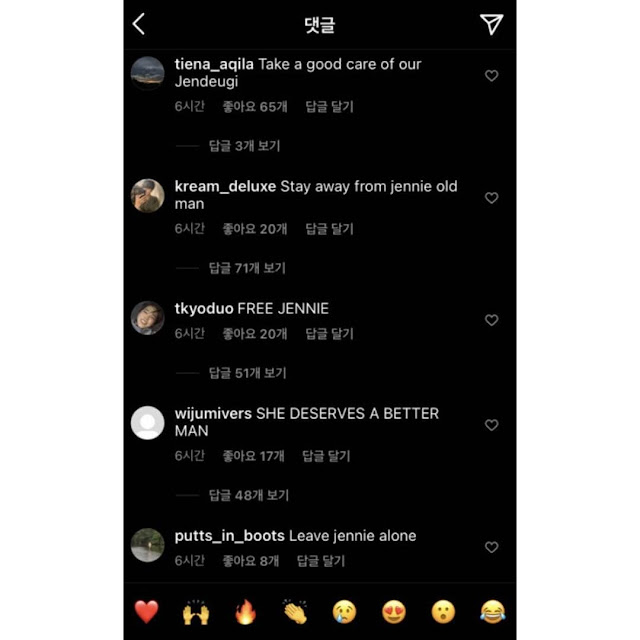 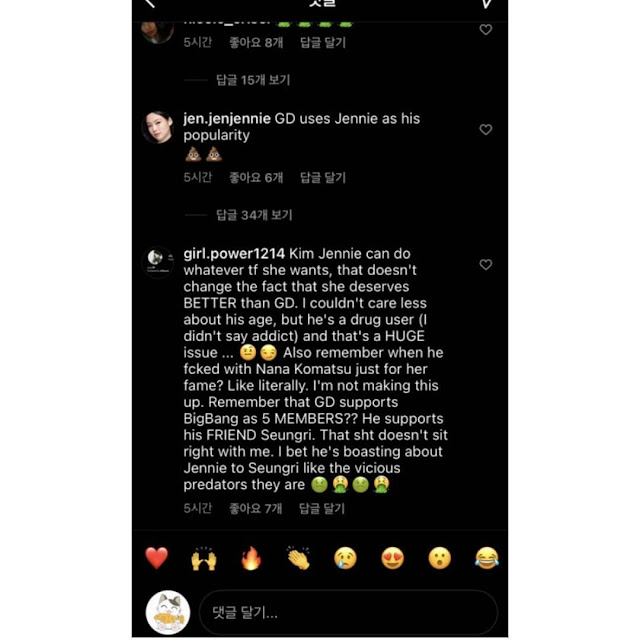 1. [+2,845] They’re dating because they like each other. It’s not like they announced that they’re getting married, I wish fans would stop with the fussing…

2. [+2,024] ㅋㅋㅋㅋㅋㅋㅋㅋ Since when was GD in need of using someone for fame? He’s famous to death already, what’s with this fussing

3. [+1,036] Why are they acting like GD is going to eat Jennie alive? Stop with the overreacting.

6. [+347] Dating or not, it’s up to them in the end. What’s with this fussing? Why is it always the foreigners who say they don’t know Korean but are always the first ones to come running when there’s dating news~ It’s like they learn Korean through reading dating scandals.

8. [+618] Who do they think they are to be telling him to let go of Jennie or that she can do better ㅋㅋㅋ

11. [+939] I support GD and Jennie dating but h.o.n.e.s.t.l.y. speaking, I understand where the foreigners are coming from since GD and Big Bang members do have a history of poor actions

13. [+16] Without GD, the K-Pop that you foreigners love so much would have never reached the heights that it did. How dare you hate on GD? If they’re happy, it’s all that matters.

14. [+21] I read a comment that claimed GD was using Jennie for fame ㅋㅋㅋㅋㅋㅋㅋㅋㅋ but GD is way more famous than Jennie, way better at music, singing, rapping