BTS‘s ‘ON’ Kinetic Manifesto truly is a work of art, and if you haven’t checked it out even up until now, you really should right away.

Group member V posted on Weverse to reveal a small information about the tattoos that could be seen on his face and neck during the MV. 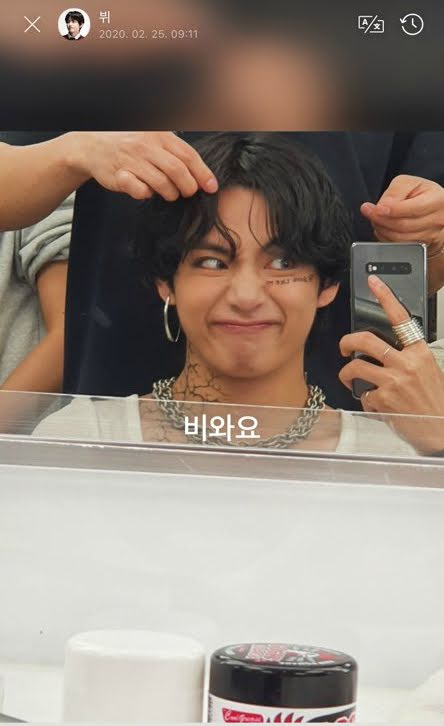 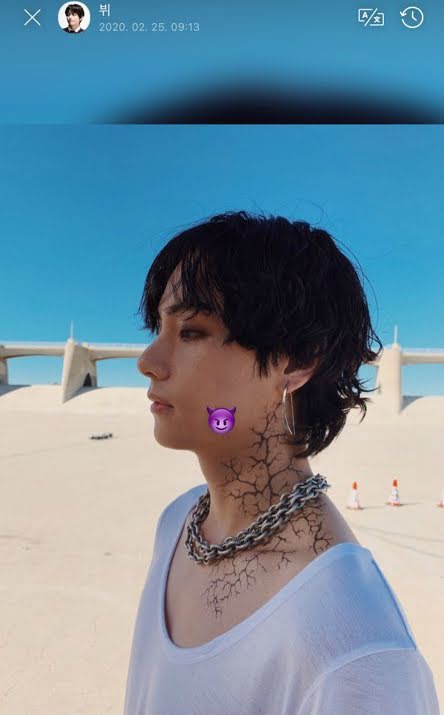 So it turns out that V personally wanted to try a tattoo concept for the recent MV. He revealed that he contacted the producer himself and received a confirmation to go for it.

“I just wanted to try this concept and personally asked the PD, and got a confirm from him haha.”

He also complimented the visual director for doing such a great job as well.

“And our visual director really did a good job hahaha.”

What do you think of V’s recent tattoo concept? The neck tattoo that looks all veiny does look both creepy yet very pretty on him. Don’t you think?