BTS will always support each other, no matter what! 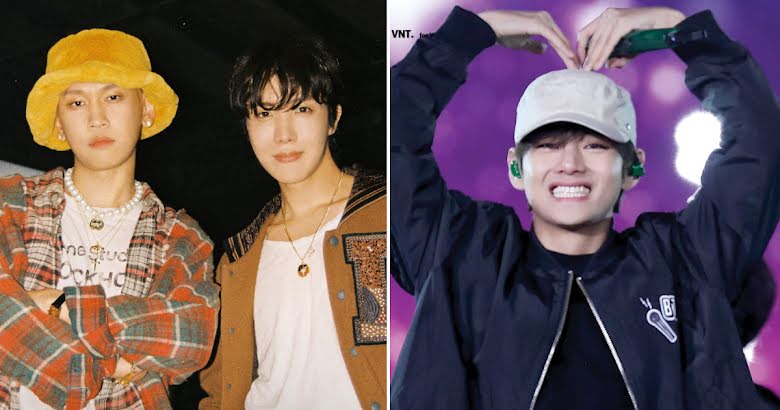 Even though the members of BTS have been a group for almost ten years and have known each other for much longer, they always showcase a friendship that is more like family than anything else. No matter what happens or what the members do, they are always there to support each other.

In particular, over the past few months, the members have been focusing on their own activities, releasing solo music, and having collaborations with other artists.

One of the members that have truly been showcasing his talent is member J-Hope. Earlier in the year, he wowed netizens with his solo album called Jack In The Box, along with epic tracks like “MORE” and “Arson.”

More recently, ARMYs got very excited after hearing that J-Hope would be collaborating with fellow artist Crush on the track “Rush Hour.” As soon as the video was released, netizens couldn’t get enough of the chemistry between J-Hope and Crush in the music video.

Of course, ARMYs couldn’t hide their excitement and posted their appreciation and love for the song on social media.

Yet, it seems like they weren’t alone in their love for the track. As soon as the song was released, some of the other members of BTS made sure to make their own love for the song felt.

After the song was released, J-Hope posted some snippets from the music video.

V was the first member to share his love for the song after commenting underneath, “I really like [this song]” with a heart emoji. Of course, J-Hope was quick to reply, adding his own hearts to the post.

The next person to share their love for the song was leader RM. Rather than sharing the video, BTS’s leader reminded ARMYs that they could also stream the song, sharing that he was listening to “Rush You” on a music streaming website.

Youngest member Jungkook was next. On his Instagram story, Jungkook shared a clip from the music video to prove that he was also watching J-Hope and Crush absolutely shine.

Many also joked that considering that Jungkook posted one of the iconic dance sequences, he might have found his newest favorite choreography to copy.

Even before sharing his love for the song, ARMYs joked that Jungkook might have to move on from Suga‘s collaboration with PSY for “That That” and started doing this choreography.

It seems that, no matter what the members do in their careers, the rest of BTS will always be the biggest fans of each other. It shows just how close the bond is between all the members, and netizens can’t get enough of their friendship.

You can read more about the collaboration below.