Bask In The Joy Of Life: 7 Reasons To Watch C-Drama “Joy Of Life” – KpopHit

Adapted from a Chinese novel, “Joy of Life” centers on a modern man who wakes up to find himself a baby in another era. This baby, Fan Xian (Zhang Ruo Yun), is the adopted son of the Imperial Secretariat Fan Jian. He grows up far away from the dangerous capital city and with knowledge of modern society. After experiencing a failed assassination attempt, he decides to go to the capital to investigate the truth. Though he tries to avoid being involved, his impending political marriage with princess Lin Wan’er (Li Qin) makes him a popular target among the ambitious princes and a reluctant participant in the power struggle.

“Joy of Life” was one of the highest-rated Chinese dramas in 2019 and for good reason. This is not your run-of-the-mill epic period drama. For starters, the time-traveling element is not just a drama trope, but it plays a significant and surprising role in the plot. Also, given the serious synopsis, you might not be expecting the drama to be funny, but it is. Need more convincing? Here are some reasons why you should not miss this gem! 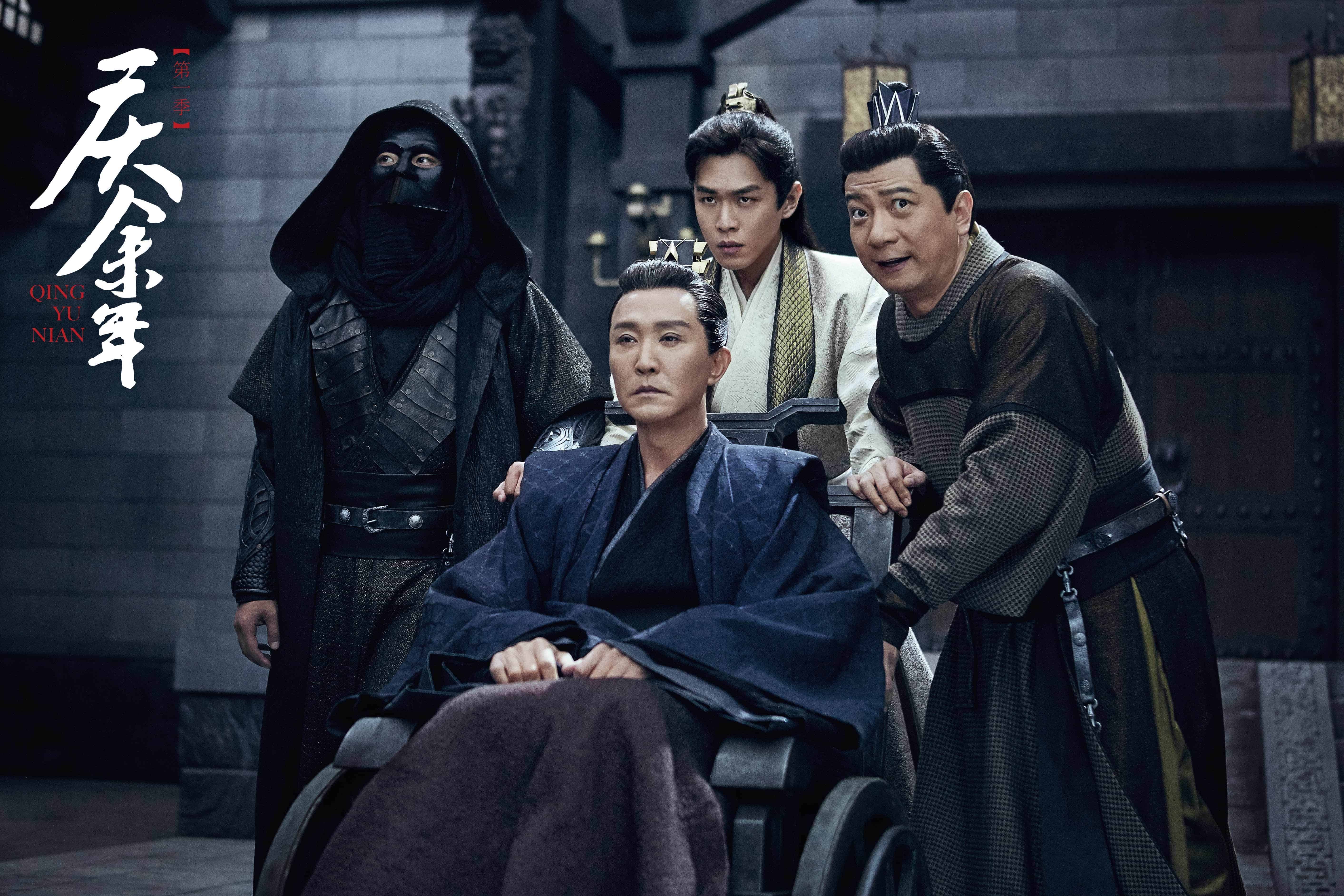 There is never a dull moment in this drama. Time-traveling mystery, birth secret, political schemes, romance, comedy, bromance, revenge – you can find all of these elements in “Joy of Life,” yet none of them are filler plotlines. The drama is fast-paced and not draggy, thanks to the great writing and tight editing. There is no meandering storyline that threatens to take you away from the main action. Every piece works perfectly together to form a bigger arc. Only when things are slowly pieced together will you realize that there is a much bigger plot brewing behind the scene. There is so much to say about the plot but it’s best to uncover the story for yourself!

What sets this drama apart is that it’s actually funny. It’s tough to do comedy that does not undermine the serious drama that’s going on, but the humor in “Joy of Life” complements and enhances the show. It also cushions some of the show’s heavier moments.

There are obviously comical characters such as Fan Si Zhe, Fan Xian’s greedy and naive step-brother who is a genius in calculating money, as well as Wang Qi Nian, Fan Xian’s subordinate who also loves money but is loyal and resourceful. Both of them are hilarious and have terrific comedic timing. Just look at their on-point expressions!

The drama often flips expected plot progression to surprise the audience. For example, one would expect Fan Xian’s stepmother, who is not too fond of Fan Xian, to be a scheming character; however, she turns out to be quite harmless.

The drama also employs a lot of wordplays and the dialogues are very witty. A great example is the Nei Ku, the inner treasury that everyone wants to gain control. The same pronunciation of the words also means underwear in modern Mandarin. So when the characters talk about fighting for Nei Ku, they are literally saying they are fighting for underwear. The joke is of course lost on everyone except Fan Xian and the audience.

Don’t worry if some of the jokes get lost in translation because there are still plenty of other witty and amusing interactions between the characters that will make you chuckle.

Fan Xian’s fiancée, Lin Wan’er, is afflicted with tuberculosis so she is not allowed to eat chicken, which explains why Fan Xian first meets her hiding under a table with a chicken drumstick in her hand. It’s adorable.

At this point, they are unaware of each other’s identity. They have a short but cute exchange before Wan’er leaves hurriedly. Fan Xian is so taken with Wan’er that he forgets to ask for her name, thus setting off a series of hilarious mistaken identity hijinks as they both refuse to marry their intended betrothed while searching for the person they met during the chicken drumstick encounter.

Apart from the adorable meet-cute, there’s much to love about Wan’er and Fan Xian’s relationship. I like how they are able to share their troubles and feelings honestly with each other as well as find comfort and peace in each other’s presence. 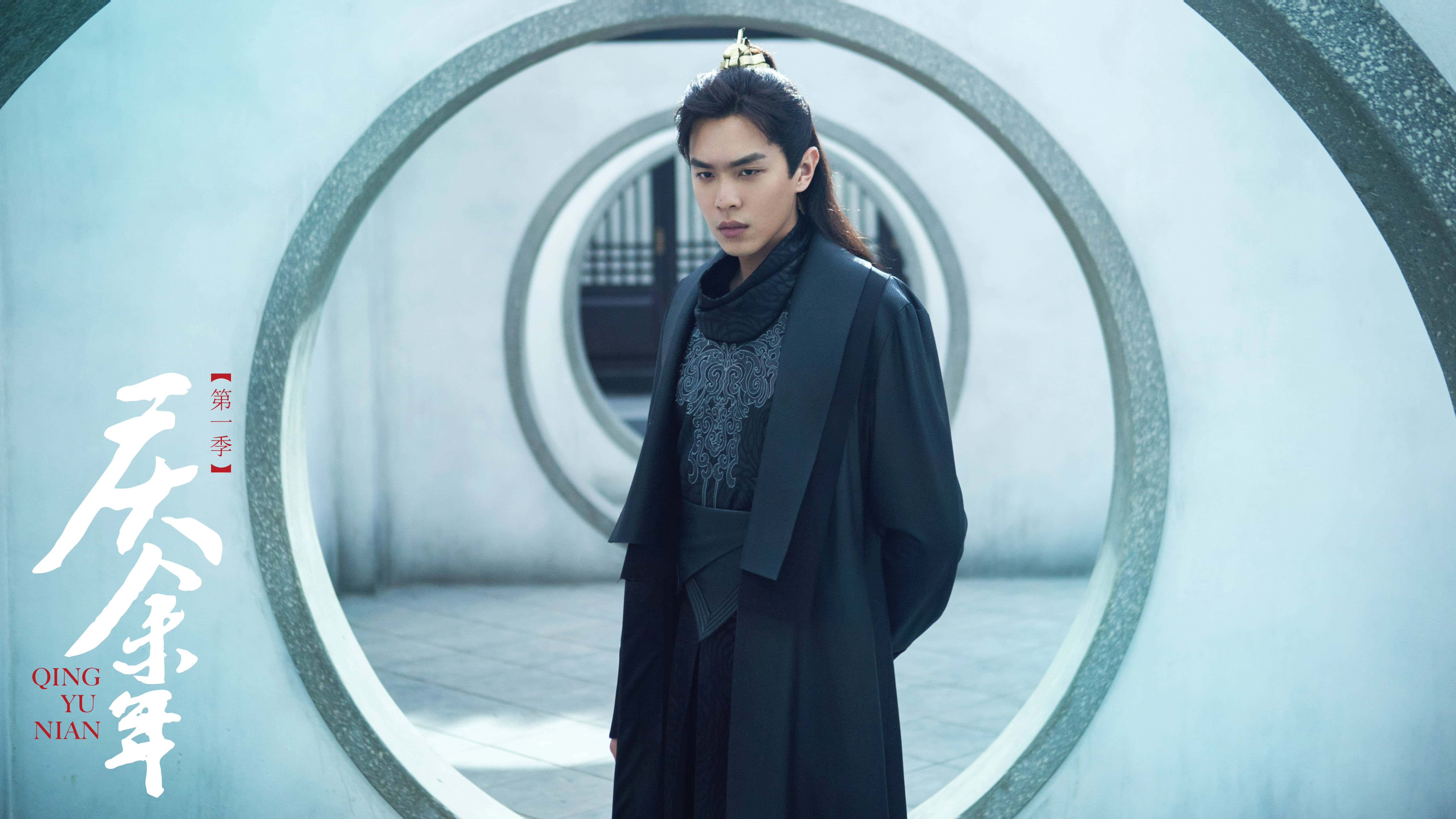 The hero usually makes or breaks a drama, especially for a drama like “Joy of Life,” which depends heavily on the likability and relatability of the protagonist. Luckily, Fan Xian is a dynamic and complex hero who will make it easy for you to root for him.

He is smart, snarky, and protective of the people he loves. Though he doesn’t have political ambition, he is shrewd enough to know how to maneuver it. He also shows his raw and vulnerable side when he confesses his loneliness and seeks to find his life’s purpose. Kudos to the actor, Zhang Ruo Yun, who did a magnificent job in portraying the different facets of the character. He truly brings the character alive and gives him depth.

The actor who acts as young Fan Xian is wonderful too. He embodies the mannerism of an adult trapped in a young child’s body so well. Plus he has fantastic comic timing! Not gonna lie, I was reluctant to see Fan Xian grow up. Adult Fan Xian is awesome, but I would love to see more of young Fan Xian’s adventures.

Compelling supporting characters who should have their own spin-off 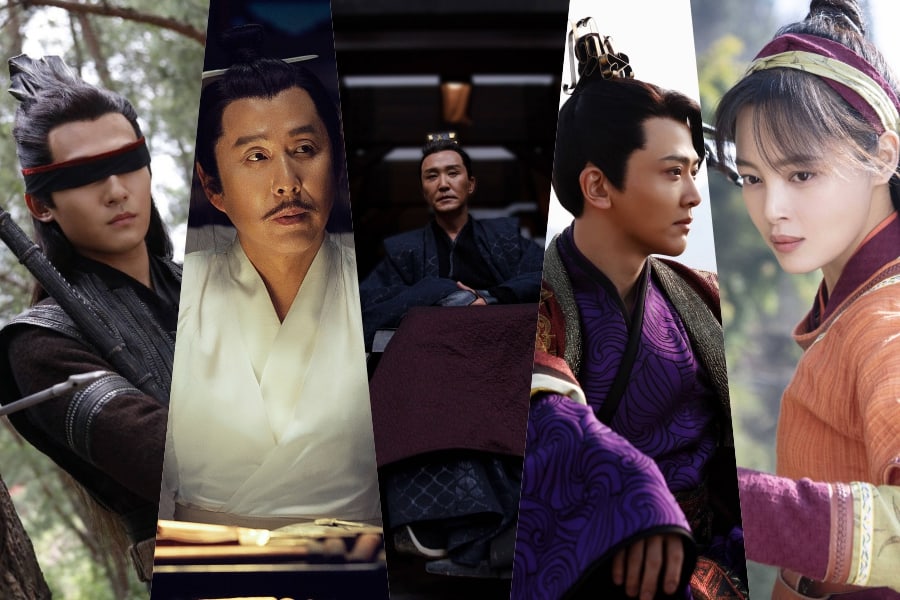 Although most of the action revolves around the hero, this is definitely an ensemble drama. The supporting characters here are just as crucial.

From the distrustful and secretive King to the ruthless and astute Chen Ping Ping (the head of the investigative agency), and the robotic and awesome Wuzhu, Fan Xian’s protector/teacher, “Joy of Life” is filled with so many interesting and compelling characters. You’ll be sure to fall in love with many of them!

Not only are they interesting, but the characters are also fleshed out people who are more than just plot devices. They have their own agency and motivation. Even the most villainous-type characters have redeeming qualities and stories that humanize them.

Not to mention the solid acting by the great cast that elevates the already well-written drama. You won’t be able to keep your eyes off them! 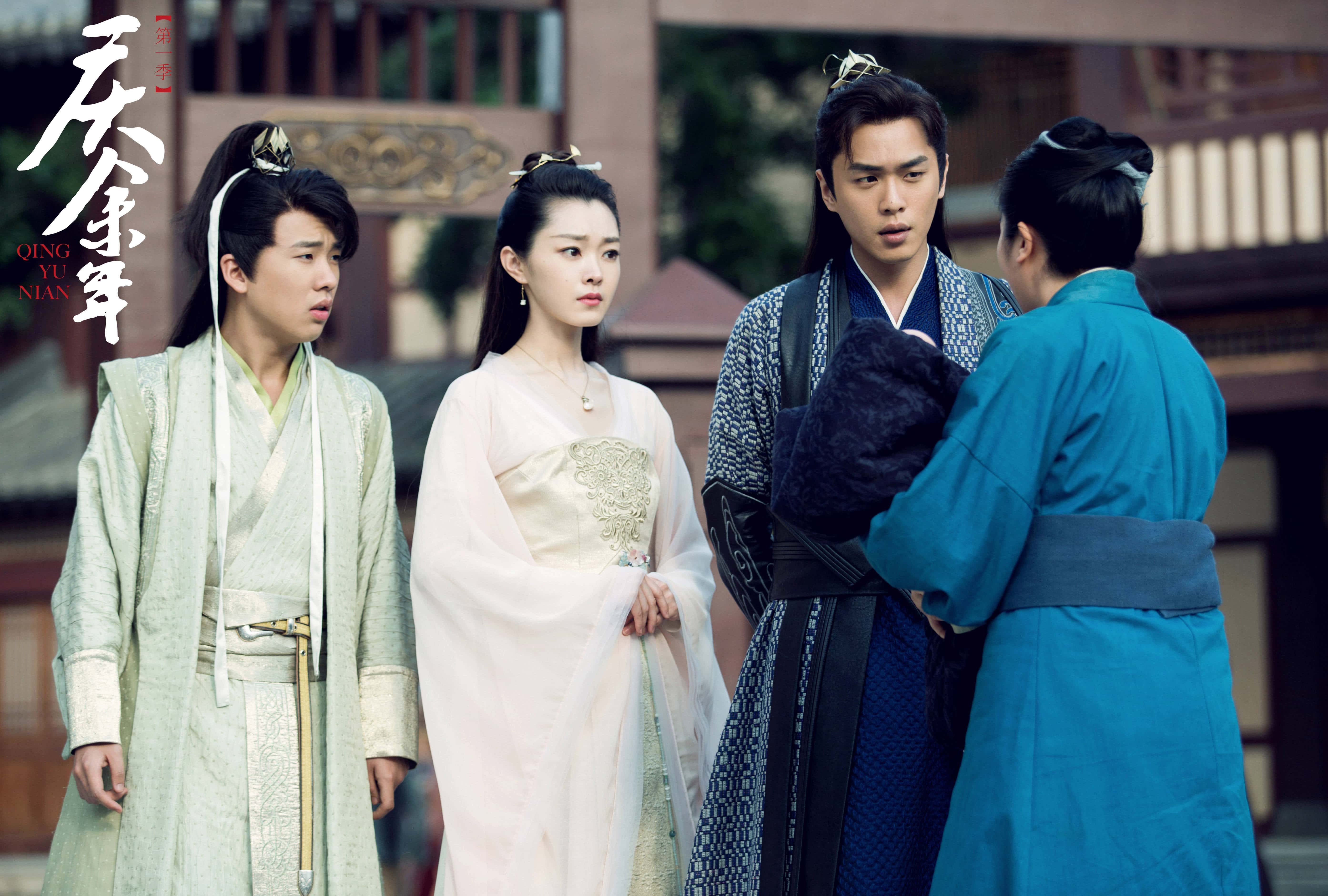 Fan Xian’s family is the best. I love how each one of them has Fan Xian’s back even though he is an adopted son. There are Fan Xian’s strict grandmother and his stoic father who love him dearly and just want to keep him safe from harm.

Even his stepmother, who isn’t too fond of him initially, defends him in times of need, his younger sister looks up to him and is always there to help him, and his enterprising younger brother, who is not the smartest, strikes up an unlikely business partnership with Fan Xian.

They are just the cutest and most supportive family ever. It’s refreshing to see such positive family dynamics, and they always leave me with warm fuzzy feelings every time they’re together. 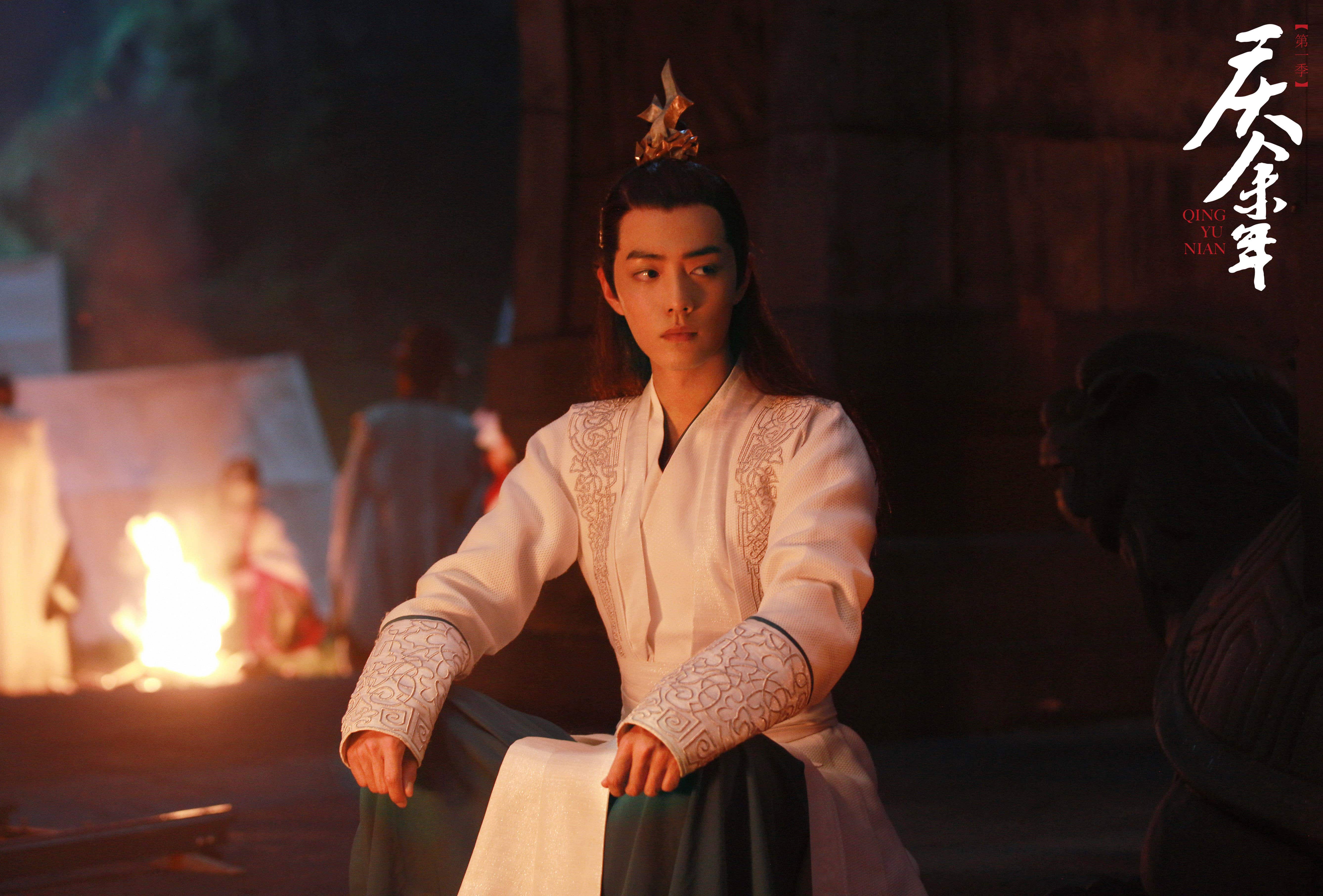 For all you “The Untamed” lovers out there, you will be happy to hear that Xiao Zhan is in this drama. The drama first got my attention because of Xiao Zhan too. He plays the stern, patriotic, and headstrong spy, Yan Bing Yun, who is a far cry from the playful and empathetic Wei Wuxian on “The Untamed.” He doesn’t appear until much later in the drama, but if you want to see Xiao Zhan show off his acting range in a completely different character, tune in to find out more!

Here is the “Joy of Life” ending theme song by Xiao Zhan:

Bask in the joy of life. Catch the first episode now!

Bellyfull is still not over “The Untamed” and she can’t wait for “Map of the Soul: 7.”

BTS To Hold Live Talk-Show Event In Seoul For Comeback With “Map Of The Soul: 7” – KpopHit