As a Burberry ambassador, Cha Eun Woo impressed all the staff members on set with his stunning looks, laser focus, and polite attitude all throughout the photo shoot despite the overbearing heat.

In the interview that followed the photo shoot, Cha Eun Woo talked about his current age. He shared, “Only last year, I had the thought that I wanted to turn 30 soon. However, now I think 25 is also good. That’s because this time right now won’t ever return again.”

The artist commented that his greed for work is his focal point. He elaborated, “My greed for work is greater than anyone else. Honestly, there are times when I feel like I’ve lost my way, or I feel like I can’t see right in front of me very well. When I’m like that, I imagine and paint my future, and as I find things I want to do one by one, I begin to wonder when I even thought such things. I feel that managing my mind and emotions is really important. That’s why I think more about making decisions and concentrating. In other words, I go back and forth.” 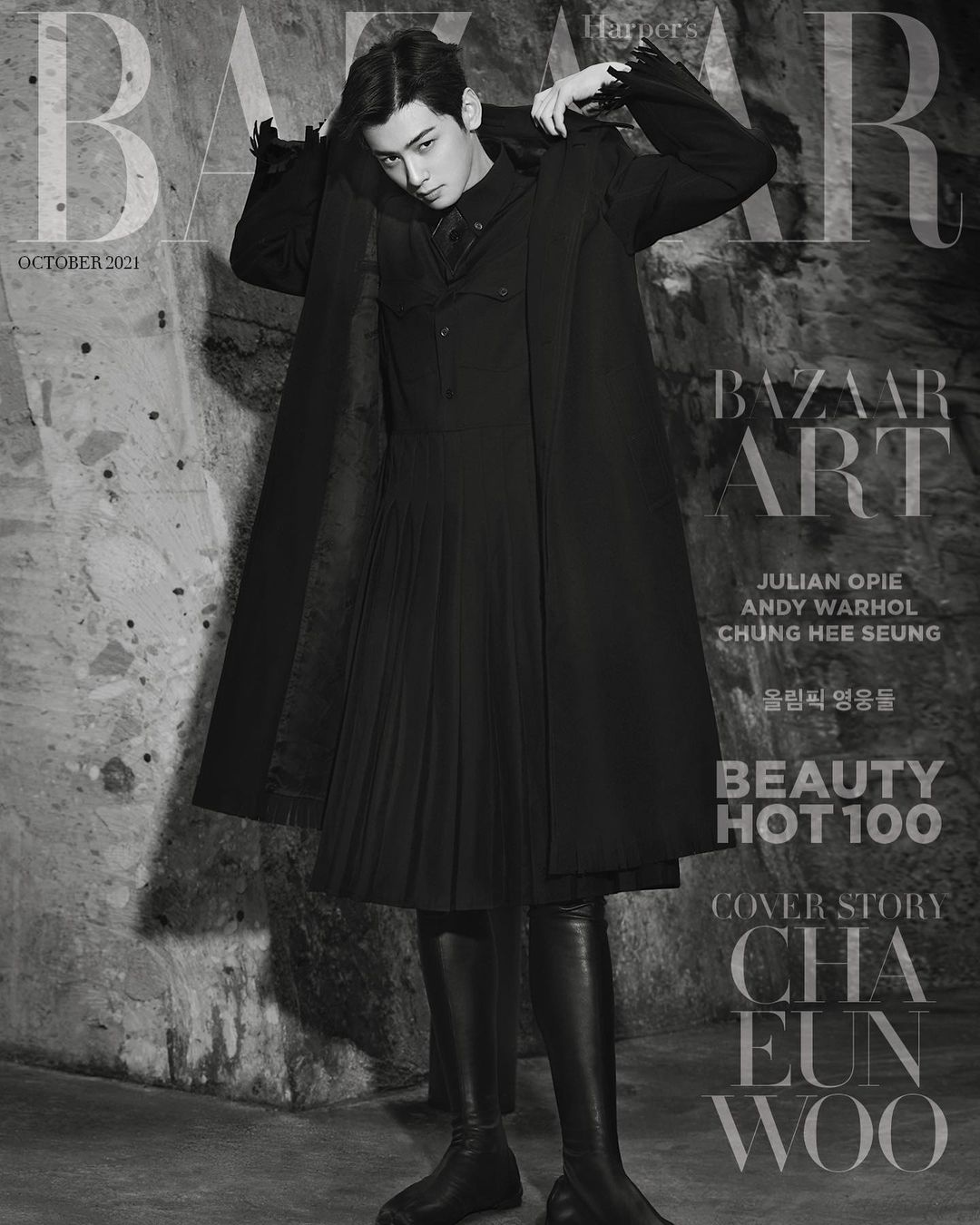 Cha Eun Woo also talked about his promotions for “After Midnight,” which gave ASTRO’s first win on a public broadcasting station. He shared, “It was promotions in which I had alternating emotions of feeling proud and bittersweet. I realized anew, ‘Our years of experience have already come to this extent.’ I had mixed feelings when we achieved first place, which I had been hoping for so much. I’m happy, but I don’t want to show that I like it. We won the prize six years after our debut, during which we’d gotten a lot of junior colleagues. I want to seem a bit dignified. Honestly, I was really happy on the inside.” 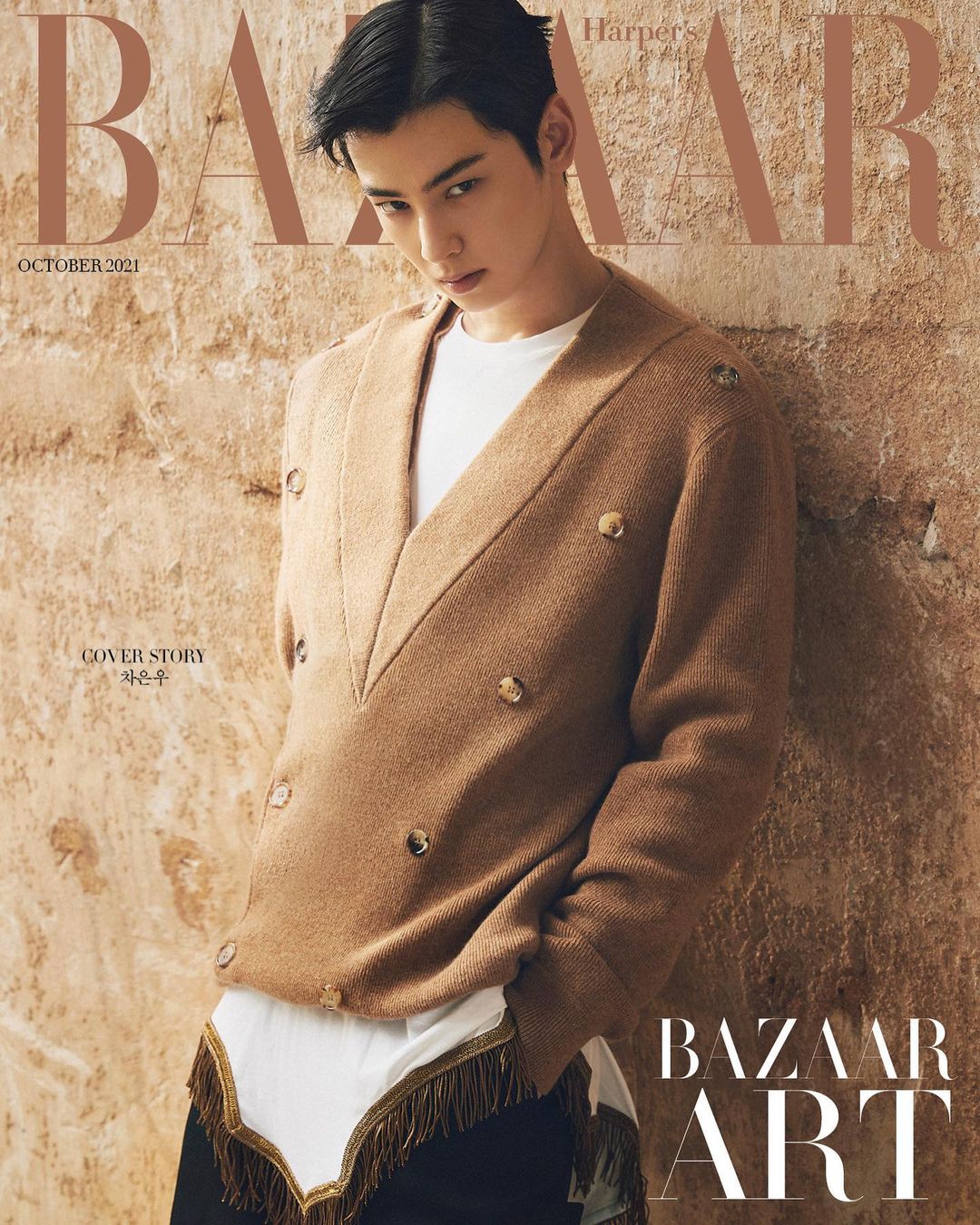 Cha Eun Woo’s pictorial and interview will be available via the October issue of Harper’s Bazaar and the magazine’s YouTube channel.

CL Attracts Attention at Met Gala With Her Hanbok-Inspired Dress