The agency Brand New Music recently drew attention of netizens by releasing the first concept photos of the third EP “Salute” through AB6IX’s official SNS channels on the 20th. In the released photo, AB6IX captivated viewers’ hearts at once, wearing four different uniforms of four colours, showing off gorgeous and luxurious visuals in a classic background.

In the group photo, the AB6IX members revealed a fascinating aura in a simple yet antique background, and among the following personal photos, Jeon Woong reveals his presence with sharp charismatic eyes, while Kim Dong-hyun is attractive with a soft yet chic pose and gaze treatment.

Park Woo-jin created a subtle atmosphere with his distinctive sharp jaw line and deep, dark eyes, and Lee Dae-Hwi exudes sophistication with a scion-like appearance and perfectly suited the concept.

AB6IX has a whole lot in store for promotional activities for their upcoming album, the release date for which is coming closer and closer. Being a group popular in both Korea and worldwide, fans are excitedly waiting for this upcoming EP. 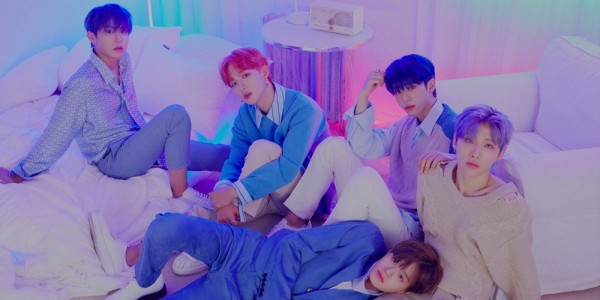 AB6IX is a South Korean boy group formed by Brand New Music. The group currently consists of four members: Jeon Woong, Kim Dong-hyun, Park Woo-jin and Lee Dae-hwi. Former leader Lim Young-min’s departure from the group was announced on June 8, 2020. The group debuted on May 22, 2019, with their first EP titled ‘B Complete’. AB6IX released their digital EP 5NALLY on February 13, 2020. The EP contains five solo tracks, one for each member.

On June 8, Brand New Music announced that Youngmin will be leaving the group following his DUI. The group’s comeback with their second EP Vivid, originally scheduled for June 8, has been postponed to June 29.