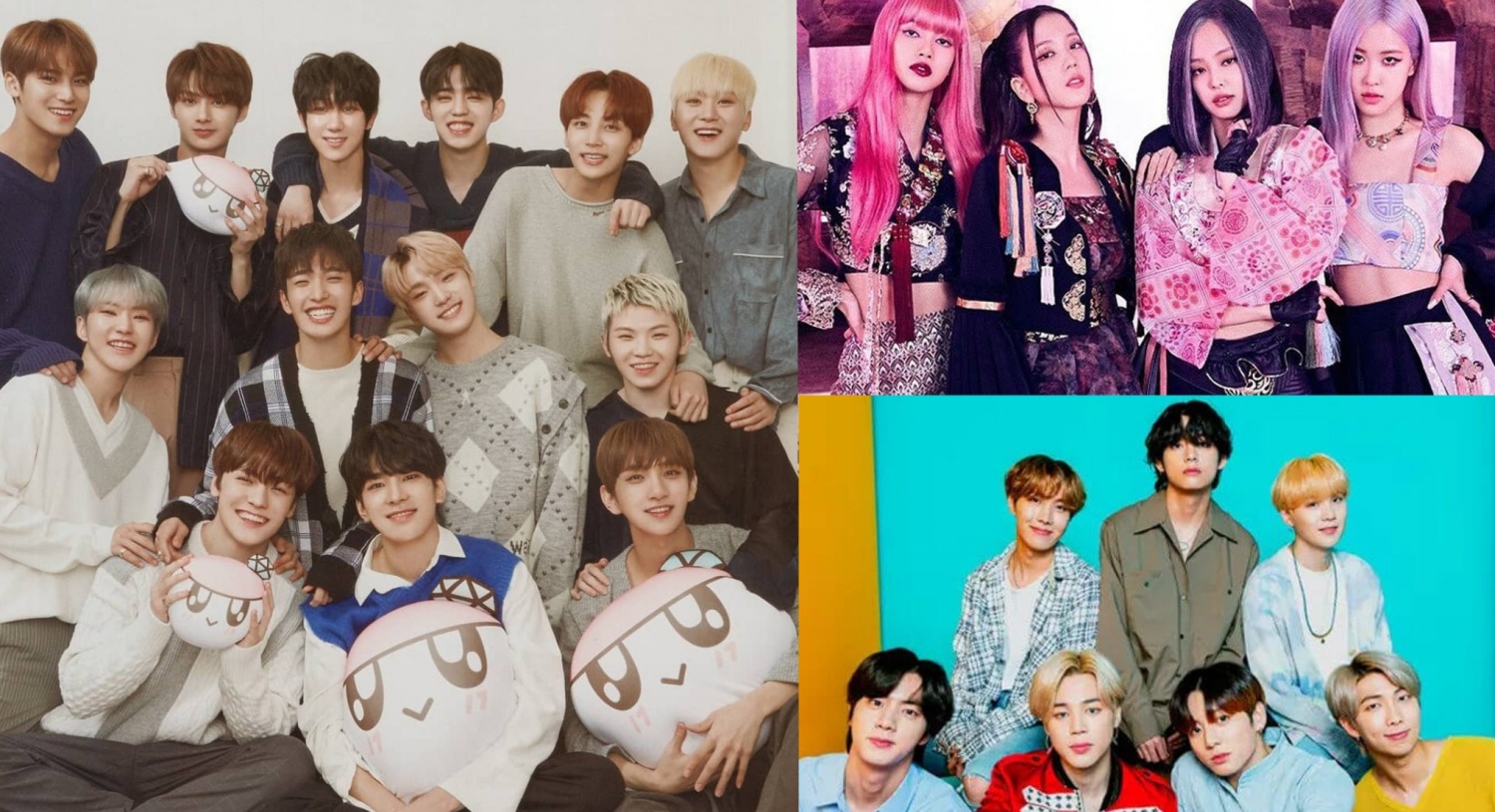 Despite non-contact promotion due to coronavirus, K-pop groups such as BTS, BLACKPINK, SEVENTEEN, and more are expected to have greater success this 2021.

In particular, when coronavirus hits the whole world last year, music specifically K-pop became the escape of fans to breathe during lockdowns, as well as giving comfort and hope to people across the globe.As coronavirus is continuously spreading through various territories despite the new year, K-pop groups also promised to give new contents that music enthusiasts can enjoy while waiting for vaccines.

In this regard, the Korean media outlet News1 recently surveyed 22 high-ranking officials, including producers of Korea’s leading entertainment agency, on K-pop singers who will show the biggest performance in 2021.Among various K-pop artists, 22 Entertainment officials chose 23 stars, who are expected to dominate 2021.

BTS made a splash in 2020 through their megahit track, “Dynamite,” shining the most in the K-pop scene. Last year, the septet recorded numerous achievements through the track, including entering Billboard’s “Hot 100” for three times in a row, which made them the first K-pop artist to do so.

In addition to this, they also broke records for both Billboard’s “Global 200” and “Global Excl. U.S.,” as the artist with the “longest double domination for any title.”

Following “Dynamite,” BTS also dropped their new album “BE” along with the lead song “Life Goes On.” Shortly after its release, the title track created new history as the first song in Korean lyrics that topped Billboard’s “Hot 100” in 62 years.

BLACKPINK’s new year’s growth has been remarkable. Their fandom BLINK, which was already solid has expanded further, and global recognition of BLACKPINK in the U.S. has skyrocketed due to collaboration with famous pop singers.

Officials judged that BLACKPINK’s move in 2021 was more anticipated because they were one of the girl groups who made remarkable results even when they could not meet fans around the world due to COVID-19.

In particular, the K-pop girl group wrote a new history for each new song they released on 2020, including “Sour Candy,” a collaboration song with the international pop star Lady Gaga, “How You Like That” released in June, “Ice Cream” featuring Selena Gomez in August, and achieved new feats with their first full-length album “THE ALBUM.”

Additionally, BLACKPINK won the “Group of the Year” award for the first time as a K-pop girl group at the U.S. “Variety Hitmakers Awards” as well, proving their power and influence. According to an expert, “With BTS, BLACKPINK is closest to the peak of K-pop that can reach the world stage.”

SEVENTEEN is currently one of the most prominent idol groups — known for being a complete package group — making it obvious for them to dominate both the local and international market this year.

Although it is a group in its sixth year since debut, domestic fandom (CARAT) still shows growth while overseas fandom also surged last year.

SEVENTEEN’s powerful moves last year was quiet but strong. In particular, the 7th mini-album “Hengarae,” which was released in June last year, surpassed 1,097,891 initial albums (selling volume for a week), becoming a million-seller.

Also, its title track “Left & Right” along with the b-side tracks succeeded in the overall chart, topping major domestic music charts such as MelOn, Genie, and Bugs, and reached the top of the Billboard Japan and China QQ Music K-pop charts.

“SEVENTEEN is a team that consistently performs well. I’m looking forward to how far they will go,” the experts said.

Read More: SEVENTEEN Proves They are among the Self-Producing Idols in Latest Episode of ‘GOING SEVENTEEN’

Most anticipated K-pop Groups and Singers of 2021

Aside from the three groups above, here are the other groups which earned 1 vote each, from K-pop industry officials and experts.

Here’s What MOMOLAND Nancy Carries In Her Bag | Kpophit – KpopHit